0 Yorkshire and Essex's County Championship match at Headingley was abandoned

Yorkshire and Essex's County Championship match at Headingley was abandoned as a draw without a single ball bowled because of a wet outfield. 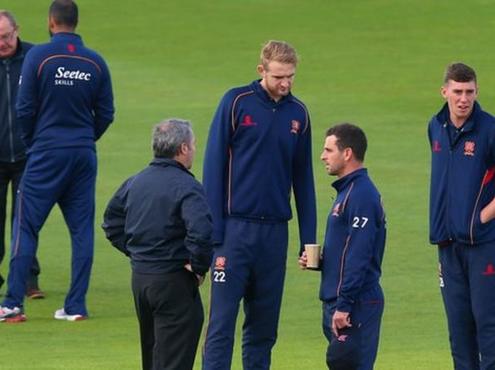 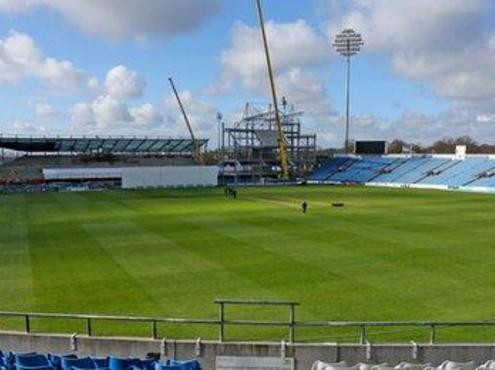 "This weather seems to have started since January right until now," Fogarty told BBC Radio Leeds.

"We rely a lot on the drainage, but unfortunately when there's so much rain, the drainage can't cope. The water table's really high anyway so it's not draining away."

It is the first time since 1967 that play on every day of a Championship match has been lost at the ground.

After no rainfall on the first two scheduled days, Essex assistant head coach Dimitri Mascarenhas questioned the commitment to getting play on.

"The players are champing at the bit to get out there," he told BBC Essex at the end of the third day.

"As you've seen, there's not many people out on that ground trying to make it playable. Nobody's really doing anything to move it along, they're just waiting."

Defending champions Essex will hope to get their season started at home against Lancashire on Friday while Yorkshire are due to host Nottinghamshire at Headingley on the same day.

"We should be fine because the forecast is good for the week," said Yorkshire coach Andrew Gale. "Someone told me it's going to be warmer than Ibiza this week!

"That's the sort of weather we need to dry the ground off. If that comes, we'll be fine. I am confident it will go ahead.

"The outfield has got better, but only slowly. We just haven't had any drying weather."