0 Yorkshire cricket - we can’t take another summer like last year!

As Yorkshire, and indeed the rest of the UK, continues to be plagued by downpours and deluge, snow and ice, Steve Carroll and Alex Finnis from the The York Press, a leading regional newspaper, investigated how the wretched summer of 2012 affected the area's cricket clubs .

It has been labelled the worst summer for a century - and cricket clubs in York and North and East Yorkshire are hoping it will be another one hundred years before they see another one like it.

The wettest April since records began, and rain which fell relentlessly in the months that followed, didn't just see matches abandoned across the Hunters York & District Senior League and HPH York Vale League. It hit clubs hardest in the pocket.

With more than a third of York & District games lost, and around 120 Vale League matches cancelled or abandoned, stalwart clubs have, together, lost tens of thousands of pounds in bar takings, match fees and fund-raising. 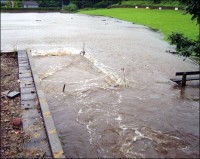 The weather has affected every aspect of club life, with some teams also claiming the many weeks between fixtures has cost them players - with adults and juniors getting involved in new activities during the enforced break and not returning.

Chiefs in both the Senior and Vale Leagues fear that, should the heavens open in a similar vein next season, some clubs could face closure.

That is the reality facing Stillingfleet, founder members of the Vale League, whose miserable year left them with a shortfall of about £1,000 and has seen members asked to consider the possibility of folding. 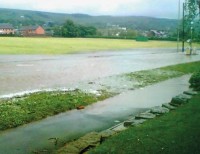 Vale League bosses have sent out a survey to clubs asking them about their plans for the future, whilst, in the Senior League, the rain saw the biggest loss of games since records began, with secretary Albert Pattison saying it has had a huge effect on junior cricket. "At the sixteenth week of the season, we had lost 44% of our games. I would guess we lost, in total, about 36% of the matches. I think the previous worst was 27%."

"Up to twelve weeks, we had almost two hundred and fifty uncompleted matches, and the first five weeks were all badly affected. There was only five weeks where every game was played, so there was a considerable loss."

"It caused mayhem with cup matches and we had an awful lot of bowl-outs in the League Cup. It's had a big effect on juniors. Most of the games were rained off week after week. They tend to bring more people to the club, you get parents and grandparents coming down (to watch). That's another disastrous effect financially."

"It has discouraged kids, who then go off and find something else to do. Clubs rely on juniors. They fill in the gaps when adults are on holidays, but the youngsters hardly played at all."

Martin Jarred, York Vale League media officer, added: "We lost in the region of 120 fixtures, and that's more than anyone can remember. It is inevitable that it will have an effect on all clubs. Players tend to pay money to play and, obviously, they are not playing."

"We decided to carry out a survey of clubs. We were mindful of the fact that some were struggling a bit. We sent a questionnaire asking them about their plans for the future."

Nearly every club contacted by The Press told a similar tale - frustration at a lost season and significant financial losses. 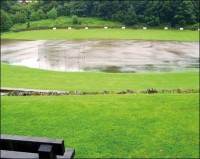 At Goole CC, secretary David Caldicott presided over a double whammy for the Senior League outfit. Not only did they lose £8,000 in bar takings, but the first team were also relegated, he believes, as a result of the weather.

"It was most difficult at the beginning of the season," he said. "In April and May, we only played one or two half-games out of eight or nine and we lost around £8,000. We normally take around £1,000 a game."

"Our first team got relegated this season because of the weather. We found it really difficult just to get going."

It was a similar story at Easingwold, where secretary John Redshaw added: "We lost ten fixtures which, financially, meant around £5,000 to £6,000 lost. The bar is our biggest bringer of income - we would normally take £500 to £600 on each matchday."

"We've made some extra money through fundraising, doing things like a golf day, and have made back about half the losses, but we are only okay because of this." 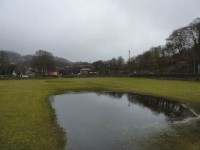 At Sessay, secretary Keith Houlston said: "The weather has had a massive effect on us. Our first team only played eleven out of its twenty-two matches, which is a few fewer than most, and we were relegated by a few points because of it. There's been no-one in our club on Saturday evenings. We're very much down financially because of it."

Even at those clubs who are financially secure, the weather has still taken its toll. Clifton Park-based York have resigned their fifth team from the Vale League because of a lack of players. Secretary Nick Kay believes the dearth of cricket has contributed to club members finding other things to do.

"It has had a horrible, massive effect on us," he said. "Yes, we lose out revenue-wise, but we have also lost out player-wise. We try to field five teams every week and, when you have two or three weeks where it is rained off, parents, players and juniors make other plans." 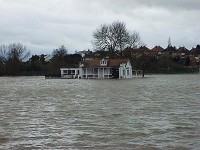 "People in the Vale League will think we have been a complete rabble this year because we have conceded six fixtures and had six rained off. We have resigned from the Vale League. It is not a case of wanting to do it, but we felt we were becoming a bit of an embarrassment."

Stillingfleet Cricket Club, Vale League founder members, have told their players to consider the possibility of folding after a miserable campaign left them with a shortfall of around £1,000.

The club, formed early in the 20th century and having been in the league since it began in 1934, could also consider giving up their ground or looking to raise significant funding in order to secure their future.

Stillingfleet were only able to complete fifty percent of their league fixtures in 2012 - either because of rain on the day of the match or because wet weather in the run up to the game made the ground unplayable.

"We currently pay more than £1,000 to insure players, supporters and passing third parties against injury and damage, and also to insure the timber pavilion and ground maintenance machinery," he outlined.

"The club own two wicket mowers, an outfield mower and a wicket roller that annually cost nearly £500 to fuel, service and maintain. The club must pay more than £100 annually for cricket balls and other cricket equipment."

"Each season, the club uses in excess of £300 of grass seed, fertiliser, worm killer, dressing, loam and top soil in the preparation of their cricket wickets. The club also pay ECB affiliation and league fees of approximately £250 per annum."

"The annual cost of keeping the club on the pitch amounts to more than £2,150 before additional incidental costs."

Woodfine added that the club used to generate at least £1,000 a year from an advertising board on the ground visible on the Stillingfleet to Naburn road, but the recession had seen that figure slashed by three-quarters.

"The club's only other source of income is the players themselves who pay match subs of £10 for an adult and £5 for a junior," he added.

"After paying the scorer and Maureen, the league's best tea lady, this results in an average profit of £65 for an away game and £95 for a home game."

"A full season of fixtures would generate at least £1,600 from the club's players. However, in 2012, with rain affected fixtures, it generated only £865."

"The result of the above factors is that, in the 2012 season, the club had a financial shortfall of approximately £1,000, which has been personally financed by one of the players."

A recent meeting of the squad talked about the financial problems, the player shortage and the time involved in maintaining the ground.

Woodfine said the options of folding the club, giving up the ground and becoming a nomadic team to reduce overhead costs, or raising significant new funding were now on the table, with the future of the club to be decided over the next few months.

What other Yorkshire clubs said

ASKHAM BRYAN - Six out of sixteen games called off. Secretary Mike Bains said: "Our fundraising target would normally be around £1,000 a year but we are well under half of that target."

COPMANTHORPE - First and second XI lost six to seven games. Secretary John Hughes said: "We have probably lost between £300 and £400. That sort of money is not easy to claw back."

DUNNINGTON - Also in the Senior League. Secretary Gary Andrew said: "Bar takings go straight into the sports club, so it doesn't materially affect us, but you can't get any momentum going."

FULFORDGATE - Four home games lost. Alan Baldock, secretary, said: "We get our money from match fees and, if we don't play, we don't get any money in. We just about coped."

HIRST COURTNEY - Secretary Anthony Hinch said: "We will have made a financial loss this year, simply because we haven't had the turnover with the teas and raffles that we run and the game fees that come from the lads that play."

NORTH DUFFIELD - Chairman John Patrick said: "Financially, it affects us badly. We only actually lost two home games, which is our teas money, but when we lose away games it is the match fees we lose as well. It's between £500 and £600 in total."

OVINGTON - First XI lost nine fixtures. Alan Fletcher, secretary, said: "We are more than £1,000 down. We've worked on a system for a number of years where we pay match fees. If we don't play, we don't get any money."

DRAX - Lost ten fixtures out of twenty-two. Keith Powell, secretary, said: "It cost us about £60 a fixture. We paid £7,000 for a new drainage system three years ago and it hasn't coped. The sheer amount of water made a dip in the outfield which needs rectifying. It's going to cost around £1,200."

LONDESBOROUGH PARK - Peter Milne, secretary, said: "The groundsmen and others are having to put twice as much work on the ground and we've lost £1,000 to £2,000 of income."

OSBALDWICK - Lost nine games. David Rippon, secretary, said: "It cost the club around £900 in total. The land drainage couldn't cope with the amount of water. You couldn't see the grass."

SHERIFF HUTTON BRIDGE - Colin Mole, secretary, said: "Players got used to not playing and found other things to do. We lost four or five players. We couldn't afford to have another season like this."

THIRSK - Secretary Philip Robshaw said: "We lost a lot of away games and two or three of our home games. We lost money from unused teas."