0 You Need to Lead

Celebrating 20 years of working with Groundsmen and Greenkeepers in January 2009, Trainer and Conference Speaker Frank Newberry focuses on the need for us all to show leadership at whatever level we are in our organisation. In Part 1 Frank looks at supervisory leadership i.e. 'Taking Charge'

It happens all the time. I am either called in to work with a Head Groundsman or a Head Greenkeeper, or they are sent (sometimes aga 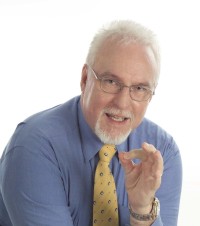 inst their will) to attend one of my management training courses. This happens because they are not, in the view of their employers, 'managerial' enough, 'tough' enough or sufficiently 'detached' from their old work mates, to be able do the job properly. In this instance doing the job 'properly' means 'taking charge' and getting the respect of the crew.

A lot of employers in turfcare seem to want the Head to not only keep the staff at arm's length but also lead from the front and 'get stuck in'. This can be a tricky balancing act for the person newly promoted from the ranks of his or her old workmates.

I also hear of situations where a person is promoted from the ranks and the old workmates start to expect a few favours from their new boss - no dirty jobs and a blind eye to be turned to lateness for example. Worse still, those who thought they should have got the Head's job promptly go into a long sulk and withdraw goodwill and cooperation, even at times of need e.g. during a weather emergency or a critical equipment failure.

I have even been asked to work with teams where the employer has felt it necessary to keep my visit a secret because, in his view, if the reason for my visit became known, there would be a mass 'sicky' that day. What usually happens is that the visit goes well and the employer is surprised at what a great team s/he has!

So, if you are newly promoted or untrained at the supervisory level, here is a primer before you are sent on a course!

People are usually promoted to the supervisory or first level of management because they have one or more of the following three attributes:

1. They are the senior most qualified person in the work team
2. They can 'talk a good game'
3. They are very good groundsmen or greenkeepers

Alternatively, they are recruited from outside because they can 'talk a good game'.

I have listed the most common reasons but there are others, like being a member of the employer's family, being the cheapest of the qualified candidates for the job, or even being the only person to apply and the employer thought it better to take the one candidate on for a trial period than to re-advertise the vacancy.

It is handy if the supervisor has all of the three attributes above, but that is often not the case, so some guidance is usually needed for most new supervisors.

There is much that a supervisor has to do, including setting and maintaining work and behaviour standards and training and coaching people. That said, there are perhaps four basic tasks or expectations that people at all levels have of supervisors and these are:

1. To PLAN the daily, weekly, monthly, seasonal and annual task(s)
2. To ORGANISE the team to be able to do the tasks individually or in teams
3. To MOTIVATE the people when necessary to meet or exceed standards
4. To CONTROL outcomes so that tasks are achieved and morale is maintained.

Now that we have perhaps established the basics of what supervisors basically do, we can now look at the way they do it. For example, if a Head Groundsman or Head Greenkeeper has a team that is dominated by de-motivated and negative individuals, then a supervisor might consider the four key things that cause people to make a commitment or make a real effort in their lives. These are:

It takes strength and courage to admit you are wrong.

The golden rule is to start as you mean to go on, but supervisors can restart at any time. They can repent of past mistakes and acknowledge concerns and failures. It takes strength and courage to admit you are wrong but, let's face it, you might be new to supervision or untrained, and now you want to set things straight. If, for example, the work team members have drifted into starting work a little later (having coffee first thing instead of starting work) a supervisor might consider these ten ideas, if not already in use:

1. Making a daily operational meeting the very first task of the day (every day)
2. Starting the meeting on time i.e. at the moment people are meant to arrive
3. Allocating the 'best' jobs to the people who arrive on time
4. Distributing less good jobs to latecomers or letting the early ones allocate these jobs
5. Reminding people that repeated lateness can attract Disciplinary Action
6. Making sure all have a copy of the Discipline Code and understand it fully
7. Reminding everyone that good team-working, pulling together, helping each other out, older ones mentoring younger ones etc. is what is expected in the team now
8. Explaining that 'continuous improvement' in everything we do is the order of the day
9. Encouraging the team to impose group discipline - why should the boss have to do it?
10. Zero tolerance of slacking because it shows disrespect to the rest of the work group.

So, for the moment, good luck 'taking charge' of your team and, of course, in your efforts to get that impression over to your employer!

In 'You Need to Lead Part 2' Frank will continue the theme of supervision and explore some of the key differences between leadership and management, and why Head Groundsmen and Head Greenkeepers need to do both.