Leatherjackets are the larvae of the Crane Fly, also known as Daddy Long Legs. There are reported to be over 300 species found in the British Isles, with as many as 15,000 worldwide, existing in many different habitats. However, the main problems to turfgrass in the UK are caused by just two species, Tipula paludosa and T. oleracea.

The lifespan of the adult is commonly only ten to fifteen days as its sole purpose is to mate. During this period, they can come to the attention of people as they fly ungracefully around exterior lights and invade households in search of a mate. Turfgrass problems are caused during the larval stage when leatherjackets feed on the roots of the grass plant making the plant more susceptible to disease and killing the plant. Significant secondary damage can also occur as predators such as starlings, rooks, crows, jackdaws, magpies, foxes and badgers dig up the turf in search of an abundant high protein feed lying just beneath the surface. 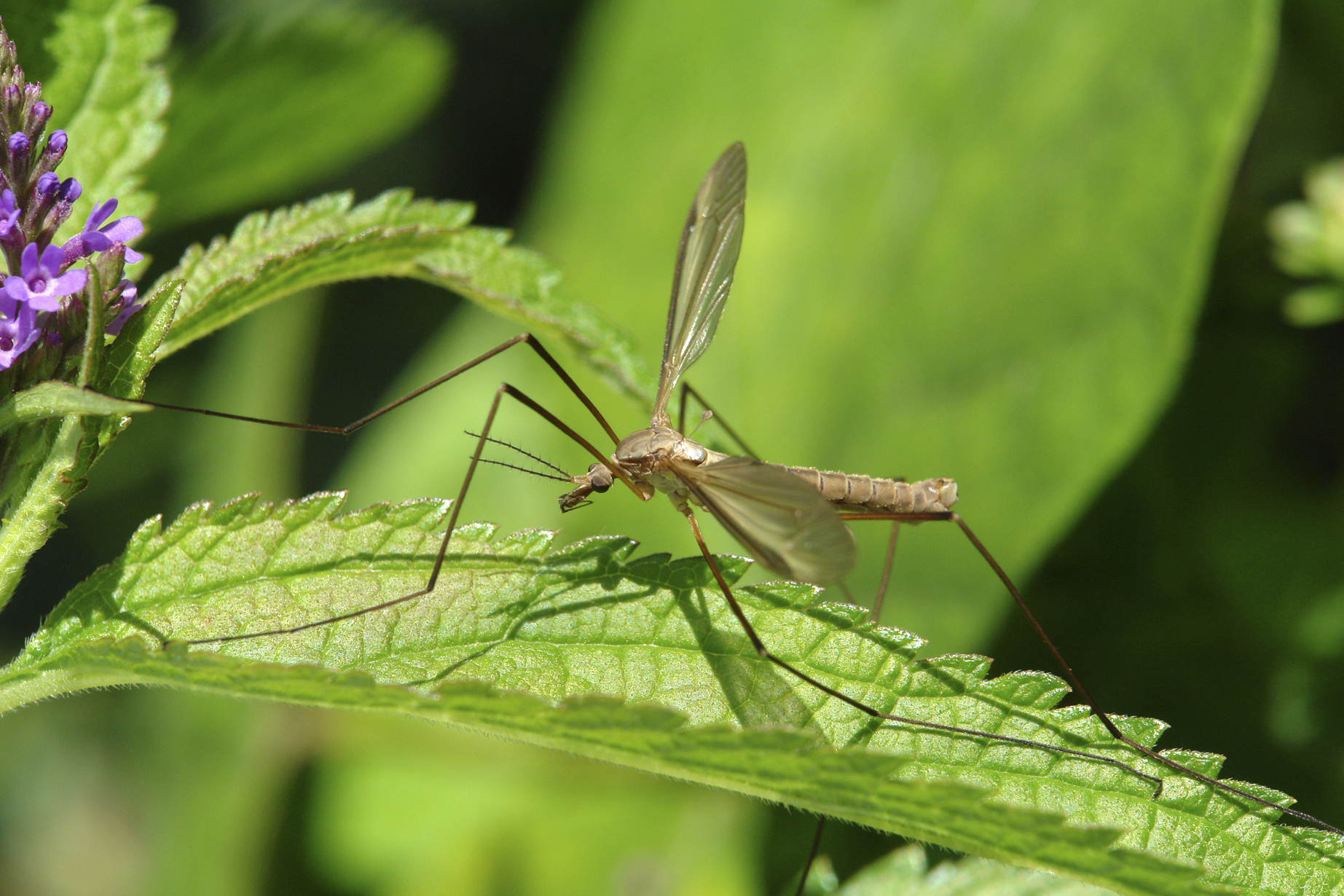 The first indication of a problem is usually birds pecking and damaging the surface, in severe infestations the turf turns yellow in patches and bare areas start to appear. Lift back the turf to find Leatherjackets feeding on the roots of the grass plant; generally at the edge of an infected area.

The larvae have an elongated grey/brown tubular body up to 30 mm long without any legs. The adults look similar to a very large mosquito although they have a very distinct ungainly flight. Their bodies are long and thin, so much so, that it is very easy to break off their legs when trying to catch them. Adult Crane Flies do not damage turf, nor do they bite or sting. 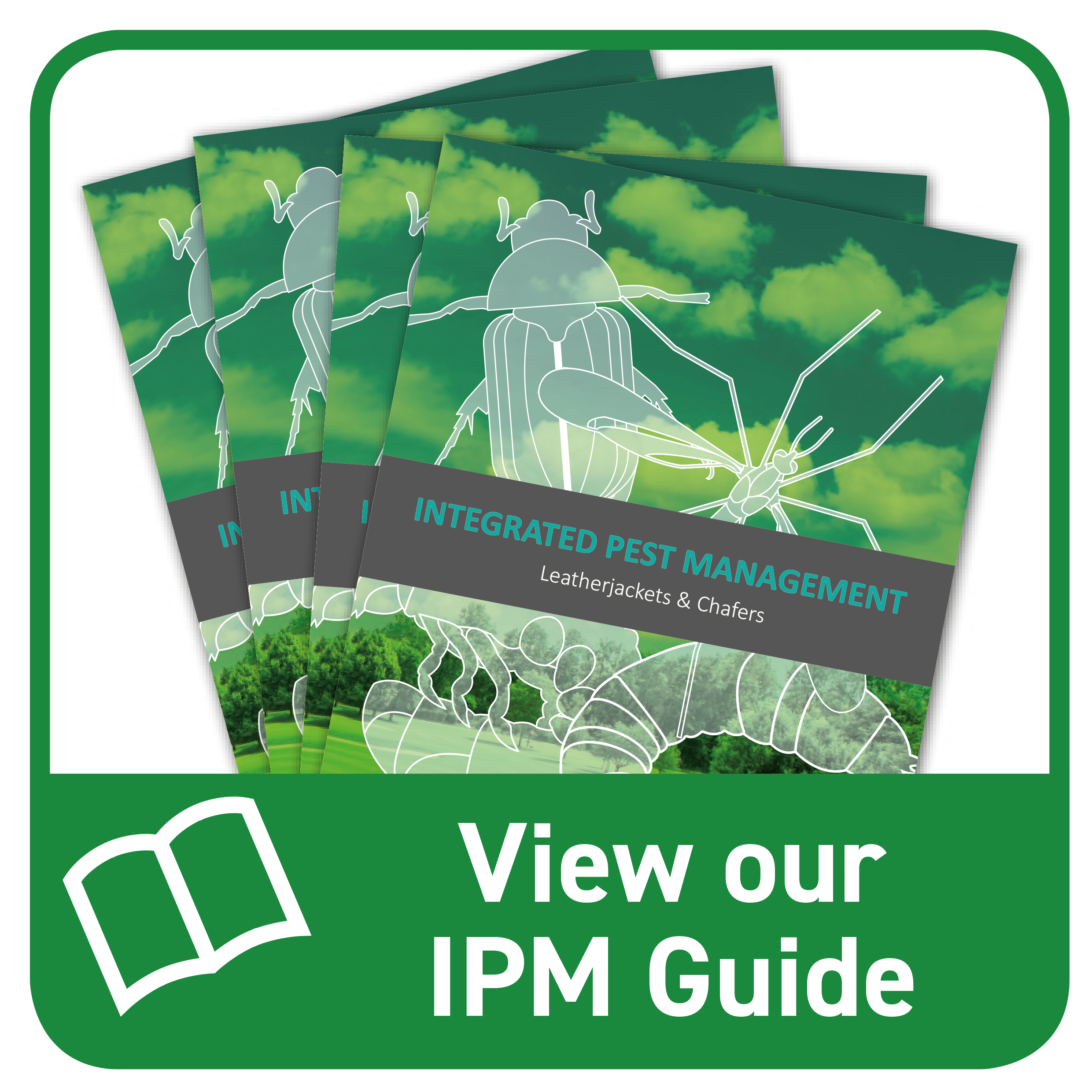 Control is best achieved through the use of an Integrated Pest Management (IPM) plan. An IPM plan helps site managers to understand the pest within the context of their site and to take appropriate action to help reduce the threat of damage before it has become a problem. Steps within an IPM plan include:

As with most problems the symptoms can be relieved more effectively prior to the onset of problems or when symptoms are first noticed. Scarify and aerate turf in the autumn. Where there is a history of infestation compress the turf by rolling it in the spring. 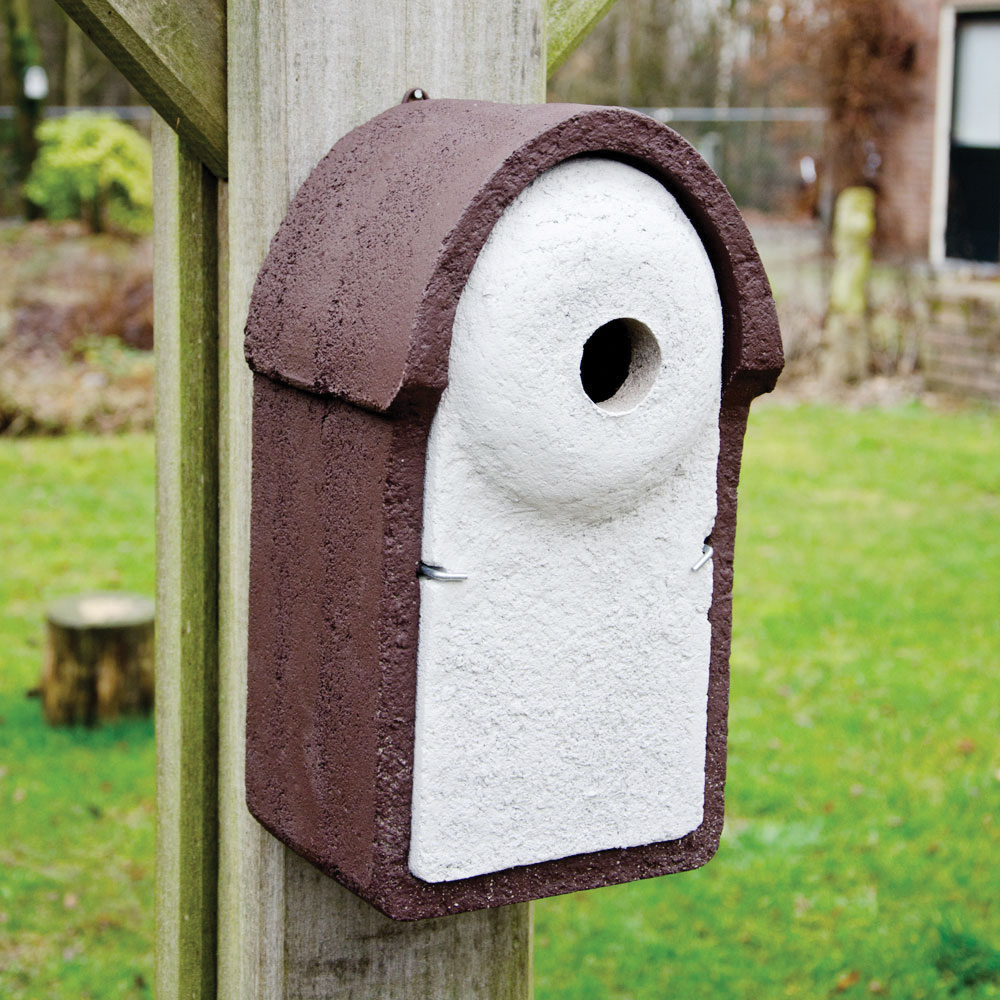 Starlings are an important natural predator of chafer beetles and crane flies; narrow beaks facilitate feeding on these pests whilst causing minimal damage to turf. Introducing Starling boxes will not only help support your local population of this red listed species but will also help reduce problem species such as leatherjackets.

Currently, there are no approved insecticides for the control of leatherjackets; although, in 2018 and 2019 emergency authorisation of Syngenta insecticide Acelepryn was approved for the control of chafer grubs and leatherjackets. The Emergency Authorisation is authorised for a limited window within each calendar year and the specific details of this are likely to change from one authorisation to the next. For specific details on the status of Emergency Authorisations for this issue contact our technical sales advisors. 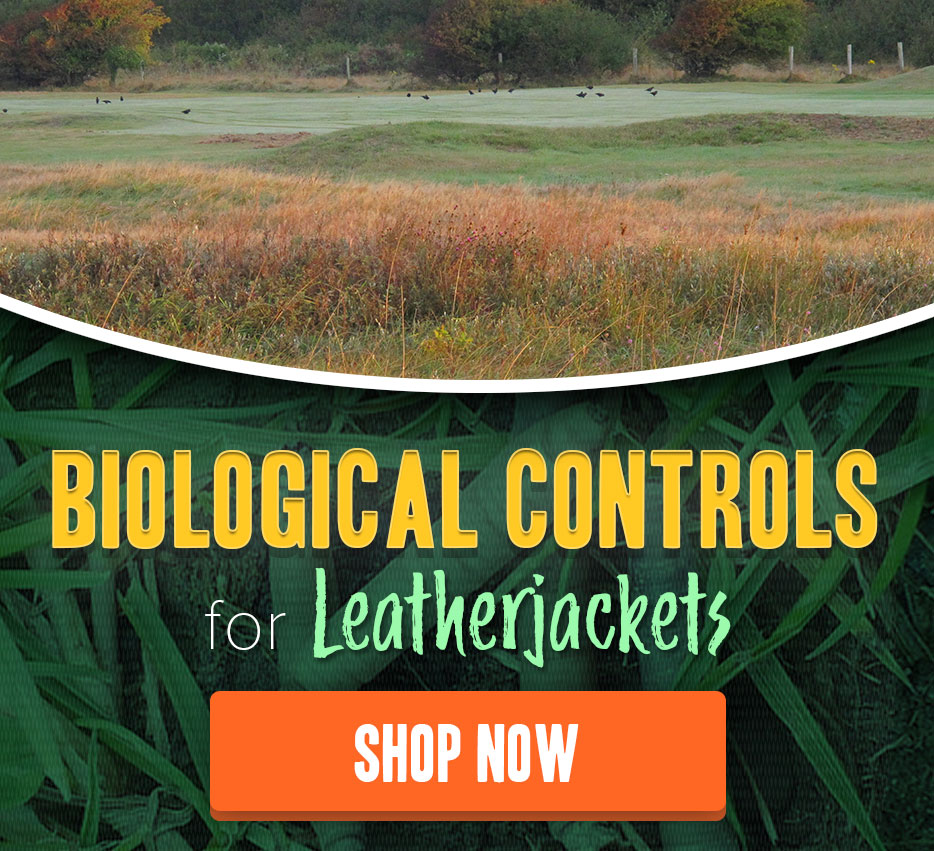 The nematodes Steinernema feltiae and Steinernema carpocapsae are commonly used as a biological control for leatherjackets.

Nematodes are the most abundant multicellular organism on Earth. They are a very diverse group of animals with an estimated 1 million species adapted to specific ecological niches.

The group of nematodes that are used to control Chafer Grubs are host specific. The species used to control chafer grubs are; Steinernema feltiae (autumn control) and Steinernema carpocapsae (spring control). They are native to Britain, persistent in the soil for long-term control and are safe for users and the environment.

The nematode penetrates the grub and releases bacteria (Xenorhabdus spp.) that kill the chafer grubs by stopping them feeding.

Nematodes need to be applied to moist soil in affected areas during August to October when the soil temperatures are in excess of 12oC (54oF) and the grubs are active. A secondary application during March to April is possible for severe infestations. Sufficient water should be applied after application to ensure the nematodes are washed into the soil profile. 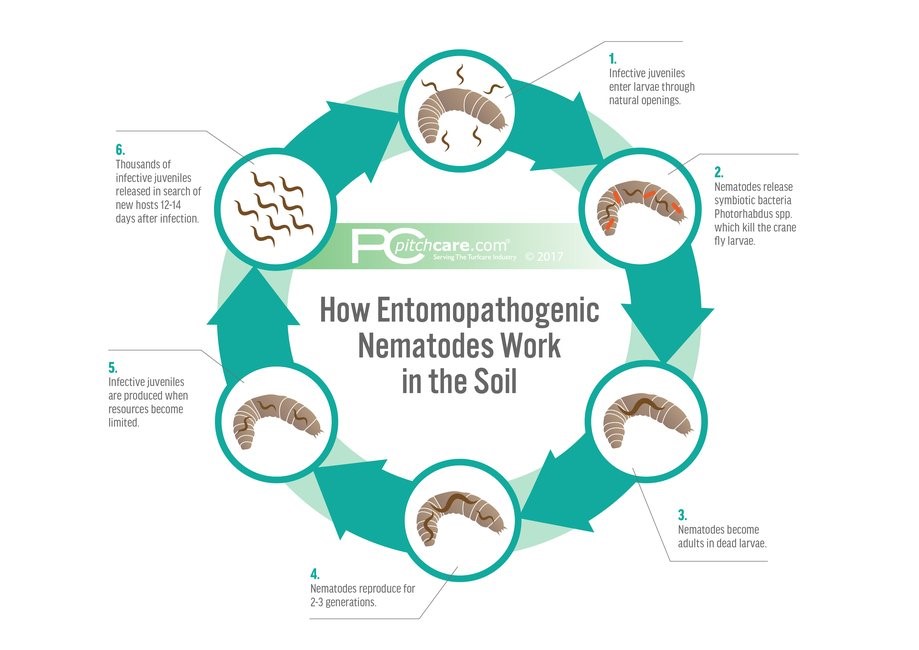 The lifecycle of a leatherjacket is illustrated below and explains that the most effective time to apply nematodes will be between August to October. At this time the larvae are at the top of the soil profile and large enough to encounter the nematodes. 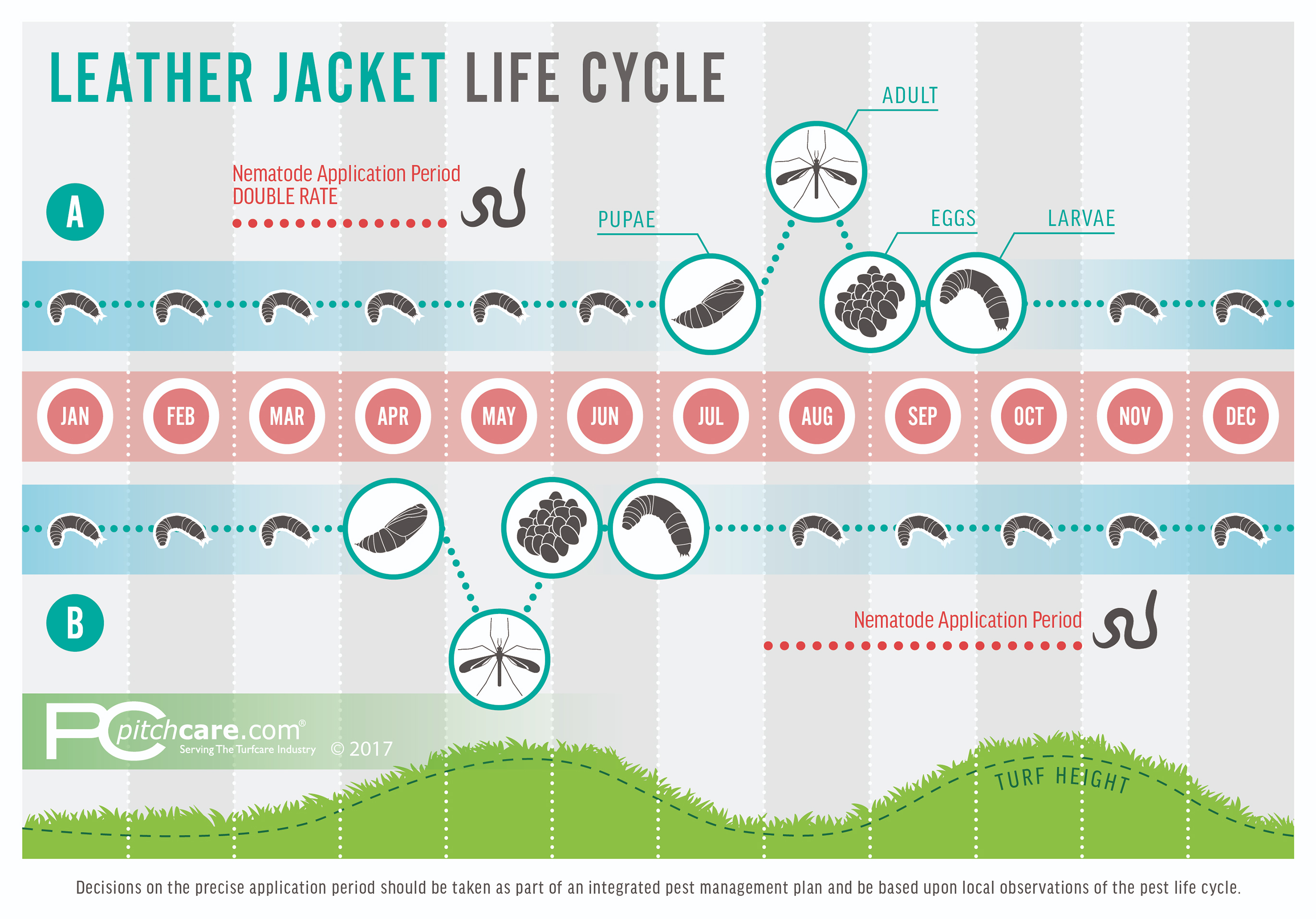 For further information, please contact a member of our technical sales team on 01902 440250.