3 2004 Cricket Groundsman of the Year awards

2004 Cricket Groundsman of the Year Awards

By David Saltman and Cricket World

During 2004 Cricket World and Pitchcare invited private Clubs, Schools/Colleges and Local Authorities to send in their nominations for Groundsmen who perform far beyond the call of duty.

This is the second year of the Awards and the number of nominations sent in was nearly double the number received in the inaugural year.

The judges Laurence Gale and David Saltman were delighted with the quality of candidates. Every ground had its own uniqueness and stories of dedication and commitment were plentiful.

While the judges felt that it would be unfair to single out any one Groundsman for praise there were a number of points that were worthy of mention. Many of the sites visited, even in the depths of winter, were in pristine condition and tool/machine sheds immaculate. The depth of knowledge and experience on offer from the candidates was highly commendable.

It was more normal than not for the Groundsmen to have qualifications for cricket Groundsmanship, spraying qualifications and, of course, many years of devoted love spent on producing a top class-playing surface for their public.

Many of the Groundsmen had, voluntarily in some cases, helped build new wickets and/or entire squares and organised and 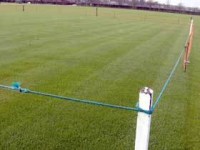 Where many facilities work to very tight budgets, it was not uncommon for the Groundsman to supplement the cost of needed items out of their own pocket.

The volunteers regularly give up 25 hours plus a week to the club free of charge.

Those employed remain equally dedicated to the production of fine wickets and outfield facilities.

The judging has been as hard as it could be, and all the nominees should be delighted with their efforts.

The main judging criteria are based around the Groundsman's knowledge, experience and skill level. While a visual inspection of the square and outfield are performed, this is not rated highly in the marking. Marks are also awarded for the amount of games played, the work undertaken, the cleanliness of the machinery and equipment sheds, the budgetary awareness that the Groundsman has and the personal knowledge of new machinery and products available to him.

It is hoped that even more Groundsmen will be put forward for the Awards in 2005, so that their hard work and dedication can also be rewarded.

The three category winners will all be enjoying a trip to Lords Cricket Ground, in April, for their presentations.

Groundsmanship can, at the best of times, be a thankless task. All too often, the vigilant work undertaken is berated by the players, particularly when things aren't going their own way. 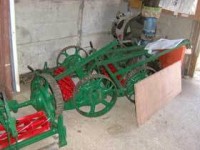 Groundsmanship tends to be an isolated but enjoyable affair, working in conjunction with nature. It can be time consuming to say the least, and therefore it isn't a profession that lends itself to regular meetings of like-minded individuals, where back slapping and general adorning praise can be heaped and shared.

Within the top class professional circuit, Groundsmen can look forward to annual awards in recognition for their services, a small payback for work rendered, but on the levels below the first class grounds, there has been scant recognition for all those punishing and diligent hours spent nursing the square.

In 2003 Cricket World and Pitchcare.com put in place an awards system aimed at recognising the hard work and levels achieved by amateurs and professionals alike.

Certainly the Groundsmen met when doing the final judging were exuberant and enthusiastic, just genuine people who enjoy their vocation and role as the Groundsman, preparing excellent facilities for the enjoyment of all.

During the visits, the main question, asked of me, was on what criteria are the awards judged.

A good question, which requires some explanation. One of the greatest facets of the profession is that no two grounds are the same. Each playing surface has its own peculiarities and ,of course, the weather can be so variable, so much so that Groundsmen, working only a few miles apart, can be undertaking very different jobs to prepare their respective surfaces.

The Awards marking was based on a series of questions, which are outlined below. In this year's 2004 finals, competition has been fierce and the fact that the judges visited 20 plus sites, from Belfast to Jersey showed that more clubs are willing to forward their Groundsmen for recognition. Again this year, competition has been very good, grounds often separated in the final marks by only a point or two. 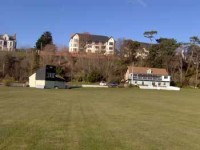 The Cricket Groundsman of the Year Awards will run again this year, 2005, and entries are being promoted now, via the websites at www.pitchcare.com and www.cricketworld.com. It is expected that the Awards will grow from strength to strength, year on year, further raising the profile of Cricket Groundsmen but also increasing the quality of the playing surface and therefore the sport at all levels.

Cricket World and Pitchcare.com would like to thank all our sponsors for supporting these awards. These awards have been designed to raise the profile of the Groundsman and are also in recognition of their hard work and dedication on behalf of their clubs.