by Editor
in General Interest and Football
on 08 Aug 2020

Another season comes to an end with Jurgen Klopp's Liverpool being made to wait a little longer to win their first league title in 30 years. Congratulations to The Winner Andy Weeks. 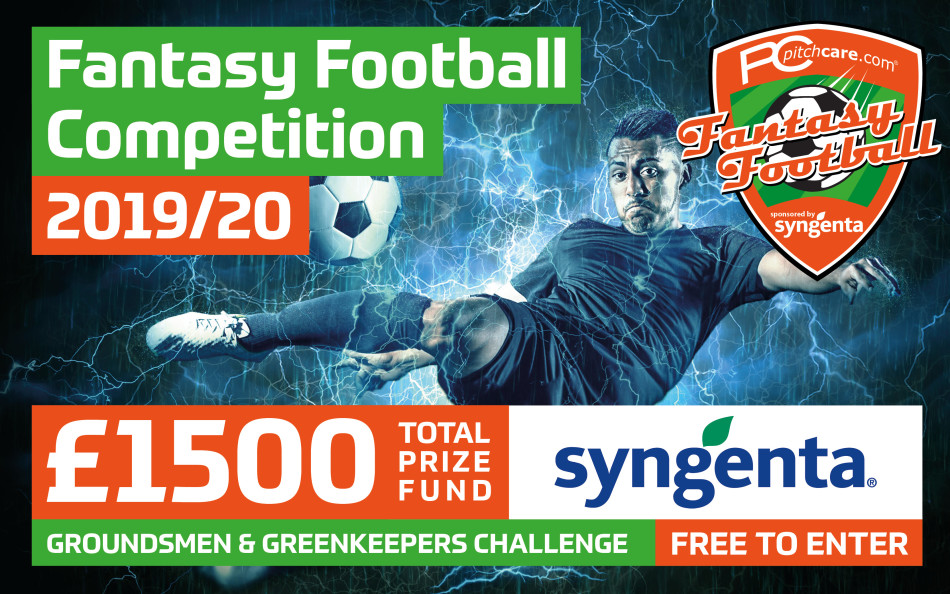 Having conceded only 33 goals in their 38 league games this season, unsurprisingly a trio of Liverpool players form the top of the defenders' points standings, with Alexander-Arnold (210), Robertson (181) and Van Dijk (178) taking the top three spots. Managers looking to make savings across the back this season will have no doubt reaped the rewards of a steely defensive performance from The Blades, with four Sheffield United players making it into the top ten points scoring defenders.

Real value in-between the sticks was seen away from the usual suspects, with Burnley's Nick Pope the top scorer with 170 points, closely followed by yet another Blade, Henderson (160).

Those 'Tinkermen' amongst you will have no doubt been excited by the arrival of Bruno Fernandes to the Premier League from Sporting in January, with the Portuguese star scoring 117 fantasy football points from the final 14 games for Manchester United. 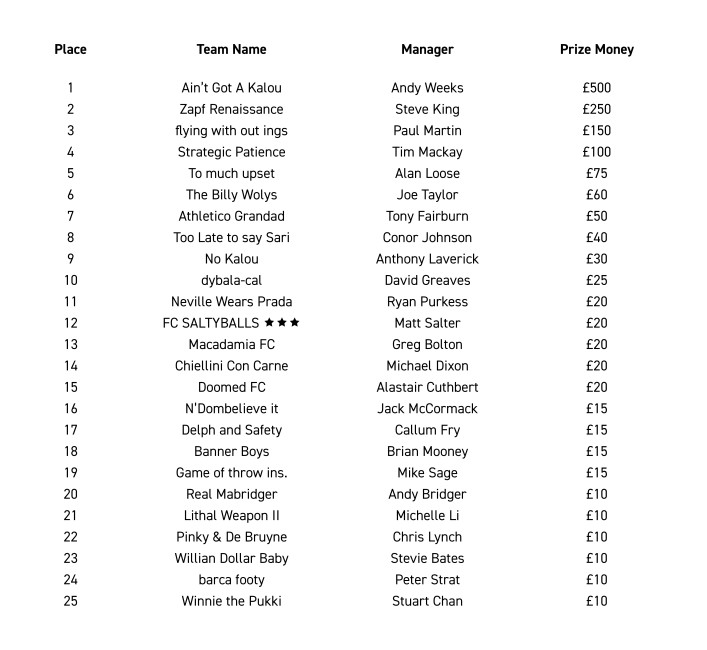 Pitchcare would like to thank this season's sponsor Syngenta and all of you who took part.

To claim your prize: Winners must email marketing@maxwellamenity.co.uk with their name and contact details. Subject to meeting the terms of entry, a cheque will be sent out to you.