0 A history of lawn tennis

Founded in 1860, Edgbaston Archery and Lawn Tennis Society (EALTS) is the oldest lawn tennis club in the world. It is a friendly, social club situated next to the picturesque setting of the Botanical Gardens, Birmingham. Robert Holland (Bob) is currently a Trustee and Historian, but has held numerous other titles during his time. We spoke over the phone to gain an insight into the rich history of the club and lawn tennis itself. 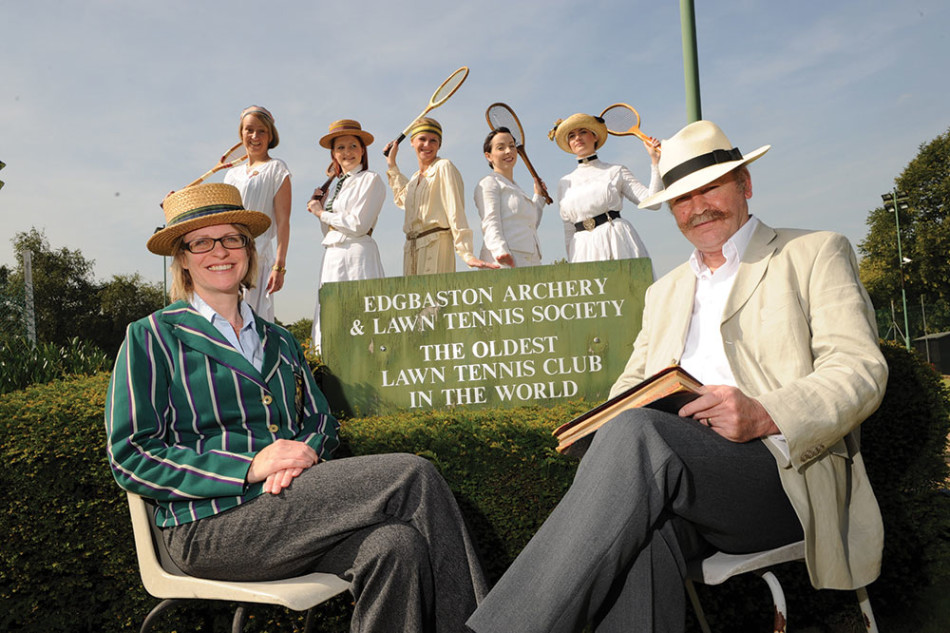 As a young lad, Bob Holland played tennis in Edgbaston, which is where his interest in the sport first started. However, in the mid-1970s, he gave up playing tennis and did not take it up again until the mid-1980s. "In 1987, I was approached by one of the Trustees of EALTS to see if I would stand as the ground secretary. I didn't know enough about it, but there was also a vacancy for the honorary secretary (which essentially is the managing director) and my name was put forward. So, from 1988 until 2005, I served the club whilst also undertaking the Chairman position between 1991 and 1993. That led to some interesting meetings of me talking to myself, as both the honorary secretary, whilst wearing my chairman's hat and vice versa."

Bob has also been involved with the grounds maintenance (in some form or another) right from the word go in 1987. "The groundsman at the time was Bob Cooper, who had a background of traditional training with the parks department and also had been an assistant groundsman working on cricket pitches. He first joined the club in the 1970s and retired just four years ago. He undertook the maintenance of the six grass courts, four shale and the two floodlit artificial grass courts. He also did a lot of work on the pavilion maintenance, as he was pretty handy when it came to DIY. Following Bob's retirement from the job as a full-time groundsman, he came back as a consultant. We now have an assistant who carries out all manual work whilst Bob directs."

Back to Bob Holland - who has studied and started to write about the entire history of the club and tennis in detail - however, the pandemic and his medical issues have slowed things down somewhat as he is unable to visit the library. I was interested in finding out how it all began and what he has found out so far. He starts our conversation by telling me he will try and keep it brief, but that was not easy with such a rich history. 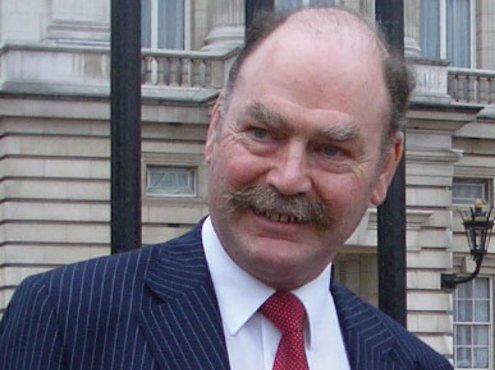 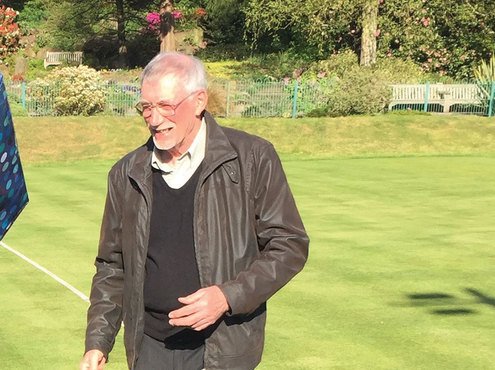 "The club was first formed in 1860 as the Edgbaston Archery Society; literally bows, arrows and targets in which both men and women were able to play. Our original ground was on Hall Hill Road, which was just down from the home of the landlords. In 1867, we moved to our current ground in Westbourne Road and, according to the minutes of meetings, we did this as various members said it was too far to go down the hill and they wanted grounds that were nearer to their houses. They were influential Birmingham people - for example, the Chance Glass founders; a dozen of them were members and the Elkington's who were silver platers (who actually made the men's and women's singles Wimbledon trophies). These people lived in some style, in rather big houses, on what I call Edgbaston ridge - which is only about one hundred yards from the club, so you can see the reasoning behind it."

"As it happened, the Botanical Gardens was in financial difficulty and needed to make more money. We did a deal with them for an acre of their land (which at the time was a tree nursery) at the back end of 1867. We carried on playing archery, but croquet was also introduced in March 1870 and shared the ground. In 1874, there was a guy from London called Major Wingfield who launched a game called Sphairistike (an ancient Greek term, meaning skill in playing at ball), however he very soon changed it to lawn tennis and that was the first commercial version of the game as we know it."

"It's important to mention at this point that there were two guys, Harry Gem and Augurio Perera, based in Birmingham, playing a precursor to the game (then known as 'Pelota') in 1859 and Harry was a member of Edgbaston Archery Society in the 1860s. They moved to Leamington in 1872/3 and showed the game to a couple of doctor friends - who got quite enthusiastic, so the four men formed the world's first Tennis Club in the grounds of the Manor House Hotel in 1874. This club did not survive for very long, although there is today, of course, a Leamington Club. The game very quickly switched to Major Wingfield's game because Gem and Perera had no commercial interest in 'Pelota'. Wingfield, in London with his Sphairistike, appointed an agent to sell his kit and the game very soon spread around England and, subsequently, across the world."

After Leamington, the first Club to take up the game of lawn tennis appears to have been Edgbaston Archery and Croquet Society, although it must be admitted that the Edgbaston Cricket and Lawn Tennis Club and Solihull Lawn Tennis Club must run it fairly close. However, the evidence supports that, with the demise of the original Leamington Club, the Society is the oldest surviving tennis playing club in the country and, therefore, by implication in the world.

The club has all its minutes recorded since 1860, which are stored in the archives at the Birmingham Library. "In 1875, we introduced Sphairistike to Edgbaston Archery Society; it was very popular and well established in that same year. It is possible they were playing it in 1874, but I can't prove that hand on heart. However, in the 1875 records, it says they were actually playing competitions which leads us to think that (because our grass courts are still in their same position and orientation), there is no playing surface anywhere in the world that is older than our facility here at Edgbaston. A couple of years later (at the AGM in 1877), they decided the game was so popular the club name was changed to Edgbaston Archery and Lawn Tennis Society."

"The All England Lawn Tennis Club, Wimbledon would also have a fairly good claim to be the oldest, but they are much younger and were actually formed as a croquet club in 1868. They took up Sphairistike in the exact same year as us (1875) but still kept their croquet club name. Similarly, in 1877, they decided the game was so popular that they would run the first ever Championships that season. They dedicated three weeks and three members to look at the whole setting up of a tournament and also looked at revising the game itself. Up until this point, Wingfield's courts were hourglass-shaped, so it was narrower at the net than it was at the baseline and the net was very high at four feet in the middle and five feet at the edges. It was at this point of revision that courts were made rectangular and the net we know today was reduced to three foot at the centre, three foot six inches at the posts. With the first tournament set, the club name was changed to include lawn tennis and so became the All England Lawn Tennis and Croquet Club ... three weeks after EALTS changed its title to include Lawn Tennis." 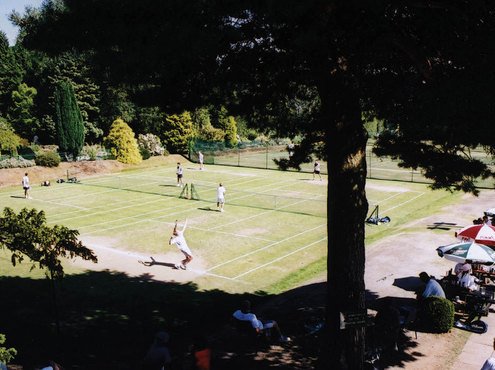 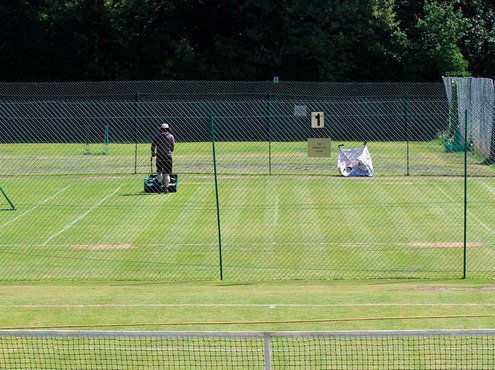 "Croquet eventually disappeared at the club, but we continued to play archery until the mid-1920s, when the pavilion burned down - along with all the bows, arrows and targets. That basically killed the game and so, from then on, we played only lawn tennis. Sometime before World War II, land became available next door (occupied in those days by some of the Guinea Gardens) which we acquired; and this is where the four shale and two floodlit artificial grass courts are situated today."

"In 1962, we suffered another fire which burnt down our traditional looking pavilion with its veranda entirely to the ground. We took on some more land from the landlords, Calthorpe Estates, and a new pavilion was built. This was opened in 1963 by one of our members Pip Jones, husband of Ann - the 1969 Wimbledon Ladies Singles Champion. Ann was appointed an Honorary Member of the club when she won the tournament."

"Since then, there have been many famous tennis players who have been at the club - two Americans; Jimmy Connors and Stan Smith and Australian John Newcombe - who were all winners of the Wimbledon Men's singles title at various times. Back in 1989 when I was the secretary, Martina Navratilova needed somewhere to play out of the way of the press. She turned up with her coach and, on the second day of being here, there was a knock on the door - it was none other than Billy Jean King who was there to help Martina with the mental aspect of her game. In 2004, Maria Sharapova turned up with her dad and her coach; she went on to win the tournament at the Priory. Interestingly, all those years ago, her dad would shout at her to stop grunting, but he obviously didn't do a very good job of that!"

"Coaches have come and gone, but one of the most notable for spending time here was Joaquin Loyo-Mayo. Joaquin had been a Davis Cup player for his native Mexico between 1965 and 1979, world ranked number one at eighteen years of age, reached the last sixteen both at Wimbledon and the US Open and won a record ten singles and seven doubles Mexican National Championship titles."

With the advent of artificial grass in 1987, the Society was one of the first clubs in the region to convert two courts to this surface. Floodlit, these considerably extended the tennis playing season for members. From that time, membership has grown apace and a major redevelopment of the pavilion was completed in 1994.

Bob concluded: "We're very proud of the rich history of our Society and, in early 2020, we were delighted to announce that the Birmingham Civic Society awarded us a history plate. However, the oldest tennis club in the world is not standing still! There are lots of things we would like to do to make the club even better; Karsten Scholer, our chairman and the commitee have recently put together a ten year plan." "This will include increasing the all-weather floodlit courts from two to four, which will significantly increase the number of playable hours at the club during the winter. We want to make tennis more accessible for all and we aim to run some free community sessions. Longer-term, the Society plans to set up as a 'social prescribing' outlet so that, where appropriate, GPs can refer patients to us." 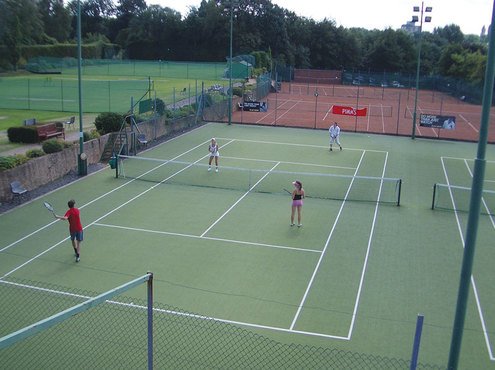 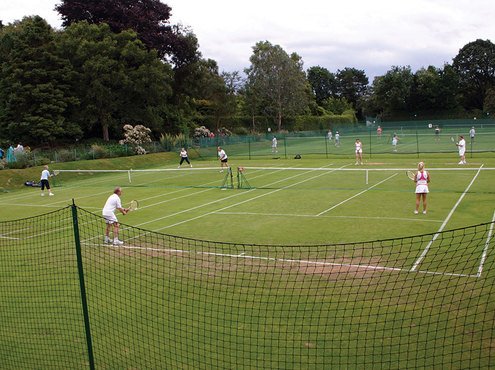