0 A return to a running game 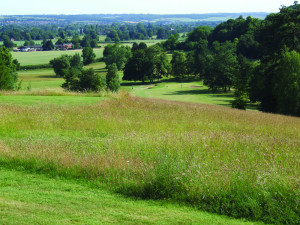 Having been a typical amateur low-handicap golfer all my life, I've always preferred fast greens, but possessed little knowledge about grasses, until about six years ago, says Lorne Smith of Fine Golf. In this article, he looks at a return to a running game.

One of my life's hobbies has been playing new golf courses, the figure currently totalling over 400, and I instinctively discovered that the most enjoyable courses to play, with what I describe as a high star rating of 'joy to be alive' feeling, were the links, heathland and some of the downland and moorland courses, rather than lush parkland courses. In my opinion, the appeal of such courses is:

I came to call this "fine golf" after Frank Pennink's 'Golfer's Companion' book, published in 1962, which reviewed 128 of some of the finest courses in Great Britain and Ireland (GB&I). By 2004, after some forty years, I had eventually played them all.

But I still had not twigged the real connection until I came across Jim Arthur's sharp, amusing and campaigning bible of natural greenkeeping 'Practical Greenkeeping' and the scales suddenly fell from my eyes, as the Holy Bible would say, as I realised the one thing they all had, (apart from the overall attractive environment, views, design, clubhouse and facilities, etc.), was fine, wiry, firm turf on well drained, poor soil terrain that encouraged indigenous red fescue/browntop bent grasses and hindered annual-meadow-grass (Poa annua) invasion. 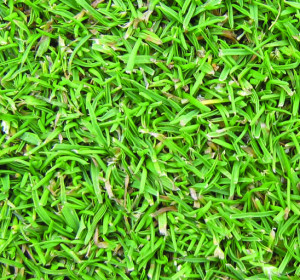 It's not just my subjective emotion that says they give most enjoyment; professional organisations have objectively proved, in tests on some 4,000 greens across 580 British courses over the last five years, that "in all aspects of smoothness, trueness, high green speed, dryness, firmness and low thatch content, greens with a higher proportion of fine grasses give better outcomes of putting performance all the year round, than those dominated by annual-meadow-grass (Poa anuua)".

If fine grasses give the highest enjoyment factor to the serious golfer, then why are there so few of the thousands of golf courses around the world with fescue/browntop bent dominated greens?

The first simple answer is that fescue/browntop bent grasses do not like a hot season climate, such as one might find, for example, in Florida, South-East Asia or southern Europe.

One type of course where one is most likely to find fine grasses is on linksland next to the sea. George Peper and Malcolm Campbell, in their brilliantly researched book 'True Links' published in 2010, argued that there are no more than some 246 links courses in the world and they identified them as all being in regions with cool season climates such as Oregon, Tasmania, northern Europe and GB&I. Their analysis also suggests that over 85% of the entire total are in GB&I.

There was some confusion at the heart of their concept, as they were really trying to identify all the firm running courses in the world, but their target audience thought of these as 'Links', so they cut out any course that was not within sight of the sea; their dilemma was, for example, having to include Royal Lytham & St Anne's, but omit the likes of Aldeburgh! But, the point for us is that, it is not just on linksland that we find indigenous red fescue/browntop bent grasses giving golfers the 'running game'. It is the running game, not just links golf, that defines the most enjoyable 'fine golf'.

When we were updating the list in Frank Pennink's 'Golfer's companion', which identified the finest 200 courses in GB&I, we were mystified as to why so few of the country's 2,800 golf courses had fescue/browntop bent dominant greens? Having launched our website six years ago, as a campaign for the fine running game in contrast to target-golf, I have gradually come to understand why grass is so controversial. 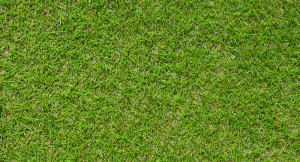 We appear to be in the midst of an historically important period for recreational golf where the 'elephant in the room', that most golf journalists, TV commentators, professional golfers, and the chemical companies want to ignore, is that there is a return to a running game in full swing and grasses are at the very root of it. To support that theory, let me retrace a bit of history.

In the 1950/60s, professional and amateur championships were all played on the finest running courses. There followed a period when clubs installed automatic watering systems that were overused and, in combination with an American domination of the professional game, this brought with it the development of new, target-style, inland courses, built with big bulldozers, on lush ground near urban centres, often with hotels attached.

This brought much sponsorship money into the professional game and events like the team-based, match-play Ryder Cup (an inherently enjoyable form of the game) gained world wide attention through attractive television coverage. At the same time, the chemical companies, equipment and ball manufacturers prospered greatly.

Nevertheless, by around the turn of the millennium, it was starting to dawn on both leading American entrepreneurs and British administrators that not everything was rosy in the golf market.

The R&A persuaded Jim Arthur to capture his thoughts in a book that they published and 'Practical Greenkeeping' became the bible of natural greenkeeping by encouraging fine grasses. At last, greenkeeper training could counter the chemical companies' mantra. 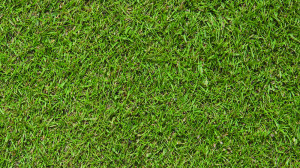 The first major 'running' course to be built for decades (apart from a few community developed ones on west-coast Ireland) was Kingsbarns, near St Andrews, by American Mark Parsinen. He recognised that the best investment for the future should be one to attract the high-end overseas golfer wanting to play classic Scottish links golf and not the target-golf of which they had plenty back home.

Parsinen's revolution at Kingsbarns used modern construction techniques, learnt from the target-golf constructors, but this time employed to deliver running golf on not very auspicious, arable meadow land, converting it to well-drained, pot- bunkered terrain that had a natural links feel, combined with quite outstanding sea views.

The Kingsbarns business model of being open only for seven months each year, with a pay-and-play green-fee close now to £200, has been enormously successful. Parsinen has replicated it at Castle Stuart, going the whole hog with 100% fine fescue grasses and designing more imaginative, natural, green complexes and, of course, a feature attractive to their target American audience, namely wide fairways and, again, all the visual attractions.

The building of Dundonald links, The Renaissance, Spey Valley, Machrihanish Dunes and Trump International (though opening too early, Trump has now overseeded his fairways with annual ryegrass, over which The Open is unlikely to be played) have all exemplified this as a return to a running game.

This has also been replicated across the finest recreational-based golf clubs where there is an increasing interest in having firm, 'fescue/bent' greens once again.

This contrasts to the 1980/90s when the fashionable concept was to have a 'lush, all-one-colour green' and, since the millennium, even the USGA's recent president has now said "brown is gre 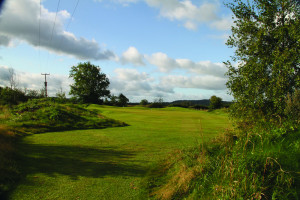 at". Next year, the US Open will be played on a running course at Chambers Bay in cool season Washington State where the grass is predominantly red fescue.

The R&A's Open Championship and amateur events have always been played on running courses, and we have Jim Arthur to thank for that. In his role as agronomist to the Open Championship courses, these venues resisted most of the fashionable urge to go 'target-style' in the 1980/90s. (It should be noted however that, whilst some of even these top-end links courses have been firmed-up with tons of sand, some still have bent grass greens with a majority of Poa Annua and few, if any, fescues).

Golfers are demanding higher performance greens all the year round and, though Poa annua greens, if closely shaved, can putt well in the summer months, they are often quagmires in the winter.

The deep rooted, drought and disease resistant red fescues and browntop bent grasses need the very opposite conditions to the enemy of running golf, namely the weed annual-meadow-grass (Poa annua).

For the shallow-rooting Poa to give a decently smooth putting surface, it needs to be cut low and often. However, this takes the goodness out of the grass and, to keep it alive, it has to be repeatedly replenished with expensive fertiliser and lots of water. This grass builds up dead thatch and becomes weakened in its resistance to disease, namely anthracnose in the summer and fusarium in the winter, which become rampant and, so, lots of expensive pesticides have to be added.

If a golf club has plenty of money it can afford to have a costly, non-conservationist high-maintenance budget and then re-turf its greens when they die every so many years, but this is not a policy open to the majority of recreational golf clubs.

It is becoming recognised by many of the old established clubs (particularly because of the economic recession) that the move to fine grasses with their need for less water, little fertiliser and pesticides is the conservationist, high performance and less costly way forward. The development of the science of soil biology and use of compost teas also seems to be part of the way forward, with courses like Perranporth having used compost teas for twenty years, proving its efficacy. One might add in passing, that Perranporth only needs four greens staff to pursue their austere regime.

The fertiliser and pesticide chemical companies are today on the back foot and hurriedly trying to invent new 'natural' products.

There is nothing new to the realisation that golf is at its finest as a running game on fescue/browntop bent turf. To quote Jim Arthur; "what was surmised a century and more ago has been proven by research and analysis countless times since. The secret of good golf greenkeeping is to copy basic infertile conditions and ensure ideal conditions for deep-rooting by intensive deep aeration. These same principles apply equally to every part of the golf course."

Putting performance is a very subjective matter and course managers need an objective measurement of greens reliability so as to resist the low handicap golfer who, once on his club's greens committee and having watched the brilliant TV spectacle of The Masters played across its totally artificial course, too often demands his greens be cut lower to generate more speed.

Clubs need their course manager to regularly carry out objective measurements of greens reliability and performance themselves with the use of the greenstester (rather than focusing on speed with a stimpmeter), to be able to argue successfully for a pursuit of a robust long term policy.

To sum up: money is starting to flow away from target-golf in a modern retro-trend back to the running game. More clubs are going down the conservationist route of introducing fescue/bent grasses to give firmer, truer performance and use less water, fertiliser and pesticides.

Some of the short term commercial interests of the chemical, ball and equipment manufacturers are pulling in the opposite directions and they continue to dominate the thinking of the regulators of the game.

The USGA's excellent 'pace of play' initiative is one attempt to break out of this straightjacket, but have golf's administrators created a rod for their own backs by being so focused on short term commercial gain rather than the longer-term interests of the recreational game?

There is a story to be told about the return to a running game, if the golf journalists and TV commentators can get off the chemical company/ball and equipment manufacturers' bandwagon and if greenkeepers can learn how to present and communicate their case. The serious golfer will listen and take an interest.