0 A revolution for the fan experience!

With its own dedicated fromagerie, microbrewery and Michelin-star restaurant, it might be easy to forget you have come to watch the football when you are reclining in one of the premium lounges of Tottenham Hotspur's new £750m stadium. 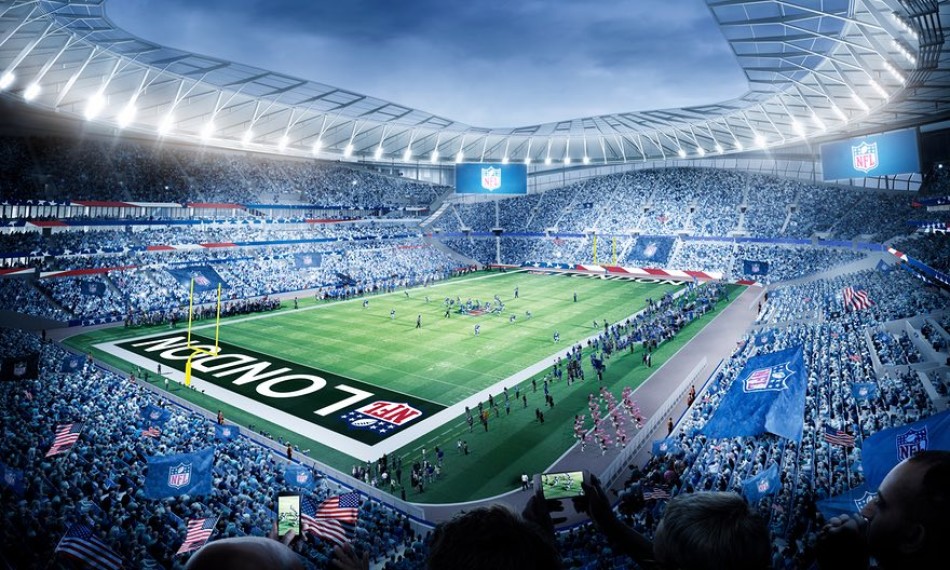 The 61,000-seat behemoth will feature the longest bar in the country, heated seats with built-in USB ports, a glass-walled tunnel so you can see the players before the game and even a "sky walk" allowing fans to clamber over the roof of the arena.

"It will be the most technically advanced stadium in the world," says Christopher Lee, an architect with Populous, the sports and entertainment giant behind the design of the new-look White Hart Lane. "It has to provide a reason for people to get off their sofas and leave their 50-inch flatscreen TVs."

As home entertainment systems become ever more elaborate, allowing fans to watch the action from every conceivable angle in ultra-high-definition, the conventional football stadium is having to up its game to lure people from the comfort of their homes. The promise of a pie, a pint and a good singsong in the stands just is not enough.

"People expect more from the experience and they're willing to pay for it," says Lee. While premium seat tickets to Tottenham's gargantuan silver spaceship will start at £89, membership of its exclusive H Club - which comes with "provision for guests to store their personal vintage wines, cognacs and liquors in a purpose-built, temperature-controlled on-site reserve" - will cost £30,000 for two. That's the price you must pay for enjoying a plate of specially sourced half-time cheese.

Besides the fancy catering, the football pitch itself has to work a lot harder, too. This is the first field of its kind designed to split into three parts and slide seamlessly under the seating stands, revealing an astroturf field beneath for American football, positioned at a lower level to ensure perfect sight lines for both modes of play.

Acoustic consultants were brought on board in order to guarantee maximum amplification of crowd noise, ensuring a "wall of sound" will resonate from the 17,000-seat south stand, conceived as a single tier to rival the Kop at Anfield or the Yellow Wall at Borussia Dortmund's Westfalenstadion.

Tottenham Hotspur's pitch will be designed to split into three parts to reveal an astroturf field underneath for NFL games. Photograph: Populous