The historic English Yew Maze at Hever Castle in Kent dates back to 1906 when it was created by William Waldorf Astor, a former owner who restored the castle. Hever was the childhood home of Anne Boleyn, second wife of Henry VIII and mother of Queen Elizabeth 1. It draws 350,000 visitors a year, most of whom will test their sense of direction and memory by walking the maze. Originally intended only for family use, it comprises more than 1,000 individual yew trees imported from Holland, it measures 80ft by 80ft (24.4m) and is 6,4000 square feet. The hedges reach 8ft (2.4m) in height and there is almost a quarter of a mile (0.4km) of pathways inside. The Yew maze is one of two at the castle. 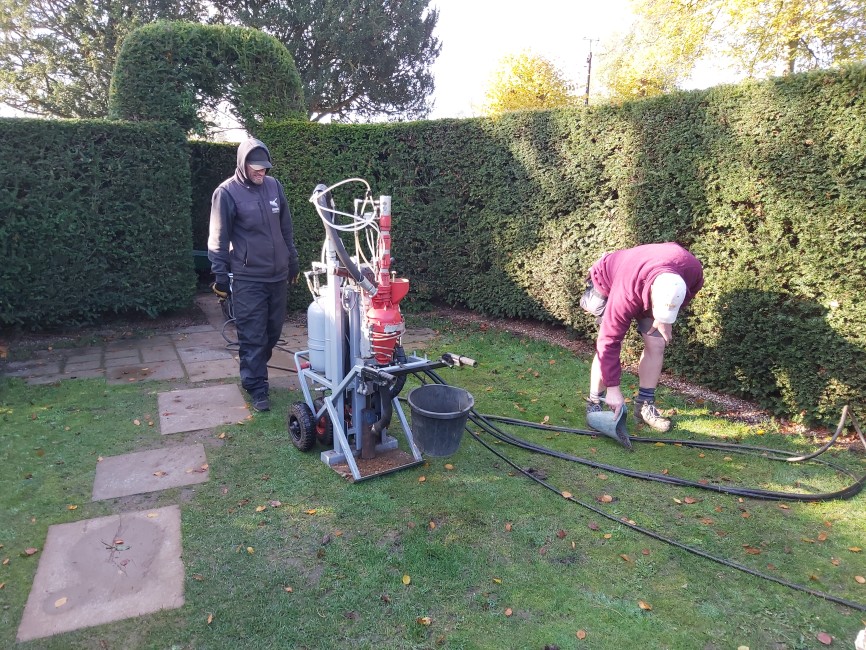 To maintain healthy Yew hedging requires decompaction of the beach pebble pathways and specialists Terrain Aeration carried out the work using their Remote Terralift machine. The baby of the Terralift fleet, the Remote weighs in at just eighty kilos and measures only sixty centimetres wide. This allows it to fit through narrow pathways such as the maze and work in confined spaces other machines cannot reach. It still has the power of a standard Airforce Terralift to hammer the hollow probe up to one metre deep and release a hydraulic blast of compressed air at up to 20Bar (28psi).

The roots of all plants need to respire and absorb oxygen from the air spaces between soil particles. If these spaces are closed the roots tend to die back from such areas. Soil loses airspaces by compacting, whether under its own weight or because it has been loaded by passing feet. The latter is very much the case for the Hever Castle maze. Having fractured the soil underground and created fissures, the Remote Terralift's probe releases dried seaweed which expands and contracts with the moisture, and the probe holes are backfilled with Lytag aggregate to maintain aeration.

"It is absolutely necessary to ensure the health of the Yew trees which are nearly 115 years old." Says Neil Miller, Hever Castle's Head Gardener. "The last time we had Terrain Aeration do the aerating was ten years ago, so we know it works. It's the only way to keep the old topiary alive. Terrain were with us for the day last January and treated the pathways and perimeter. The result is the Yews are looking extremely healthy."

Since closure during the Covid-19 crisis, the maze at Hever Castle is currently closed to ensure the Yews fully benefit from the work. Although this is not essential it will make an added