0 Andy transformed a field into a top cricket ground

Back in 2008 it cost around £1.7m to build Newclose on the outskirts of Newport - a magnificent ground adopted by Hampshire and one which has put the Isle of Wight firmly on the cricketing map.

The man who has quietly gone about his business, nurturing and transforming what was nothing more than a field into a 'gold' standard cricket ground, is Andy Butler.

Andy, 51, deservedly received all the plaudits from Hampshire Cricket when they selected Newclose for last year's historic County Championship match between Hampshire and Nottinghamshire.

The match, the first county game to be held on the Island in 57 years, was a huge success, watched by record crowds, with the standard of the playing surface praised highly by the players themselves.

Andy, of Northwood, is an Islander through and through - educated at Grange Road Primary and Osborne Middle School, both in East Cowes, followed by Cowes High School and Sparsholt College, near Winchester.

He also has an impressive background in local sports, having played football for the Island's 'big three' - Cowes Sports, Newport and his hometown club, East Cowes Vics. 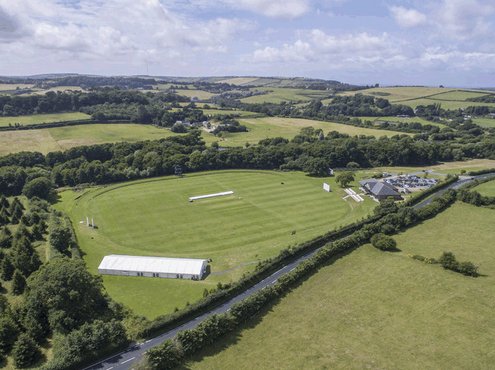 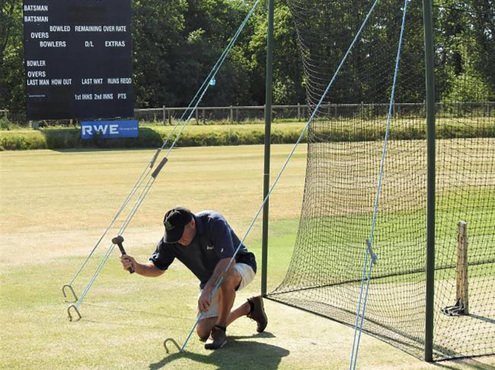 Turning the Newclose square into one of the south's best outgrounds is a far cry from the muddy heaps he used to play soccer on.

"I can't believe it has been a year since Newclose became a first-class county outground," said Andy.

"I prepared what was my first of hopefully many Hampshire first team pitches. It was a proud moment. What I find particularly satisfying about what I do is preparing a sports turf surface to the best standard, with the resources available, and seeing the finished product."

Newclose, positioned alongside the busy Blackwater Road, south of Newport and overlooked by St George's Down, is in a stunning setting for cricket, with rolling fields on one side and countless oak trees all along the other.

It was the Island dream of Newclose benefactor and patron, Brian Gardener, which was born out of seeing the magnificent Wormsley Park complex built for the late Sir John Paul Getty, in Buckinghamshire.

Much more exciting cricket was expected at Newclose this summer - until coronavirus struck.

"After one of the wettest winters we've had, my only concern for Newclose, during early February, was regarding the early season fixtures - asking myself: will the ground be dry enough for the early to mid-April fixtures to take place," said Andy. 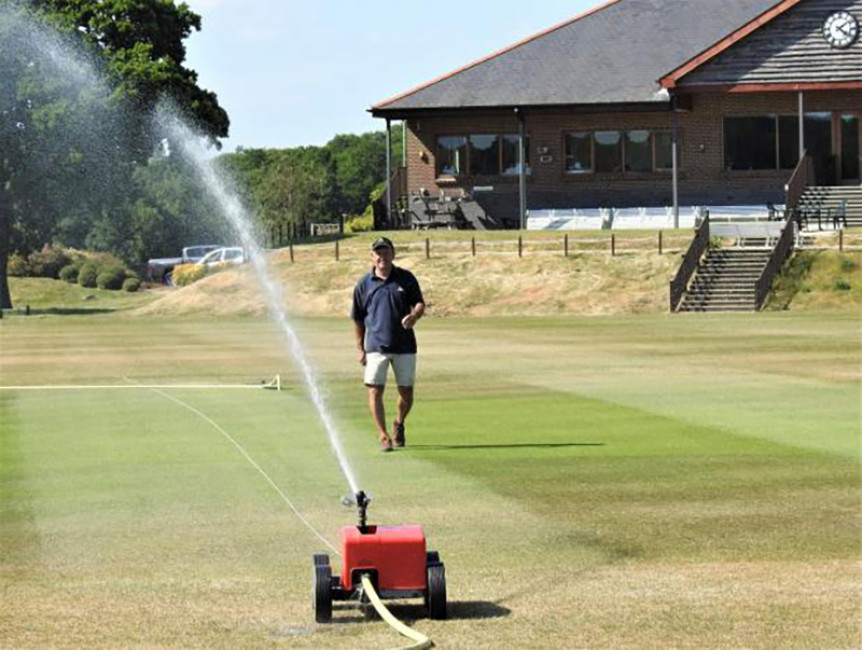 Andy gives the Newclose square a good watering in the dry conditions during the coronavirus lockdown.

"At that time, I was obviously unaware of the current situation we are all experiencing. Frustrating, would be an understatement."

"The biggest challenge at Newclose has always been with the drainage. I have installed a drainage system around the perimeter of the square, which has improved this area, alongside ongoing deep aeration on the outfield."

"But with the very dry, warm March we had, the ground dried up quickly, which enabled us to carry out essential spring maintenance, so by early April the ground was looking in good shape for a resumption."

"Unfortunately, apart from practice net pitches on the square, the ground is eerily quiet. With the IW Cricket Board starting training on the square, I very much look forward to preparing pitches for play as soon as the ECB gives the go ahead."

"Newclose has been very supportive of the work we need to continue to carry out - even if little or no cricket is played this year - to ensure the ground is in great condition for 2021."

Andy leads a team of six who work on different sports surfaces across the Isle of Wight and for clubs along the south coast. 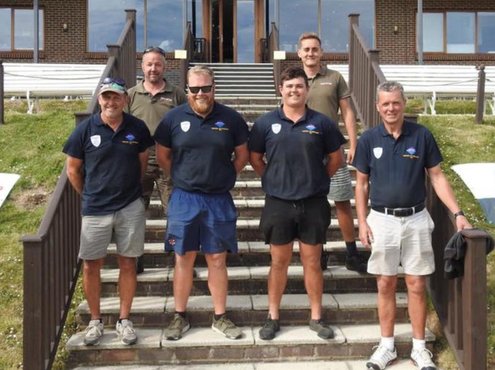 Although they may only be used from April to September, summer sports surfaces require maintenance all year round, with regular mowing, aeration, scarification, rolling and applications of fertilisers, herbicides and soil conditioners - just a few of the routine maintenance tasks that need to be carried out on a regular basis.

The Island's bowls clubs come under Andy's care too, but with most of them unable to fork out the £6,000 cost of maintaining their greens, because of coronavirus restrictions hitting them hard, it has seen his business take a financial hit.

"I have been maintaining bowling greens on the Island and along the south coast for 20 years," Andy explains.

"Some of these clubs understand the work we carry out needs to continue, even with their greens being closed due to Covid-19 restrictions. Unfortunately, due to financial reasons, some clubs have had to reduce the maintenance we carry out on their greens."

"This will obviously have an effect on the playing surface in the short and longer term, as well as having a financial impact on my business. But my hope is to see some summer sport played. I can then think about September and October when the 2021 season begins for me."