1 Annual Renovation at the Reebok

Annual Renovation at the Reebok 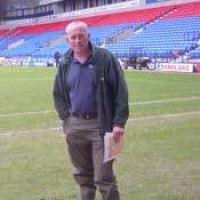 Like many groundstaff currently managing football stadium facilities, July is always a very busy month, with never enough hours in the day or week to complete the tasks of end of season renovations.

This year sees a major overhaul of the playing surfaces at the training ground with contractors J Mallisons undertaking the resurfacing works and PSD employed as consultants overseeing and ensuring that all the specified works are completed.

The Three pitches at the training ground are soil-ameliorated, laid down 6 years ago with the top 100mm having a reinforced fibre sand rootzone. These pitches have performed very well, especially as they cater for both the pro teams and academy players seven days a week. However, this year we decided that we needed to refresh the surface.

The work involved removing the top 25mm of vegetation from the pitches using the Koro fraise mower and replacing with 25mm of new fibre sand materials from Mansfield Sands. The new fibre material was top dressed onto the existing surface and power harrowed to ensure full integration of materials.

Surface levels were restored and overseeded with TT4 DLS perrifields seed mix @35gm2. The recent warm weather has ensured a good quick germination of the seed and we are now well on the way to establishing the sward ready for pre season training.

The end of season renovations at the main Reebok stadium will not start until the 21st of July, because we now have to accommodate a number of closed season corporate events to raise additional income for the club. 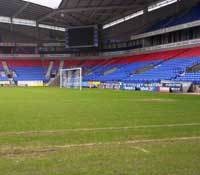 I have four permanent staff, Gareth Lester, Chris Sinn, Mark Sinnit and Andrew Mannion. Gareth and Chris work at the training ground, leaving Andrew and Mark overseeing the works at the Reebok. As with all good teams we join in and help one another at different times.

The playing surface at the Reebok will be re-turfed with big rolls (1.2m x 12m) from Inturf. In my opinion, it is now the most efficient way of re-turfing surfaces quickly. We have used this system of renovation for four seasons at the Reebok. This is the only viable option for us when we have corporate events at the stadium well into July. Our first match is on the 7th August which leaves us less than two weeks to prepare for the new season.

The development of turf technology during the last 10 years has certainly made this possible. Without doubt the two main developments that have contributed to this have been the Koro fraise mower and the big roll turf systems. They have revolutionised the way we can renovate our pitches in a short period of time.

So, our end of season renovation will encompass the removal of the existing surface vegetation, the re-introduction of rootzone materials, re-levelling of surfaces and laying the new turf, which has been growing on a compatible rootzone at a site in Grantham for the last eighteen months. I work very closely with Inturf's nursery manager, Steve Bailey, ensuring that the turf is getting the right amount of feed and maintenance regimes throughout its preparation.

I have recently employed the services of European Turf Technology (ETT) to supply and monitor all our material requirements, in the main rootzones and fertilisers. The company carries out regular soil testing to ensure we keep the turf in good condition.

This problem has now been overcome with the use of turf. The mature turf is more tolerant to stress, thus improving its ability to overcome the low light levels and lack of air movement in the stadium. We now have a uniform surface that can be maintained throughout the winter. 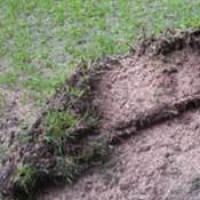 My role of Head groundsman is ever changing. We need to maximise the stadium's use, especially through the closed season, and being prepared to take on any event that can be accommodated. I am quite happy to produce any surface at the Reebok to maximise its potential.