by Munster Rugby
in Synthetics, Rugby, and General Interest
on 20 May 2018 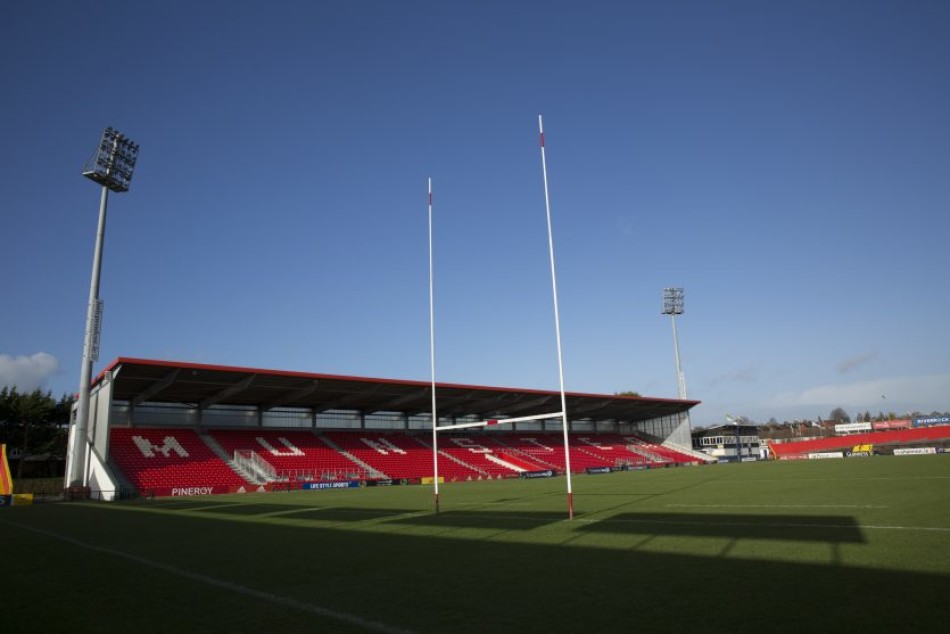 The significant development, an integral part of the province's long-term strategy for the Cork area, sees the installation of a modified 3G pitch surface by Tralee-based company PST Sport, replacing the current grass surface.

Funded in part by Munster's own commercial revenue streams, including the Munster Rugby Annual London Dinner, and a Sports Capital Grant, the new artificial pitch will allow for a significant increase in games played and hosted events, on a consistent basis, assisting the province's efforts of growing the game at grassroots level.

Irish Independent Park is already the focal point for rugby in the South Munster region and this upgrade will allow for further opportunities going forward, benefiting the wider rugby community.

Munster Rugby Head of Operations, Philip Quinn, said: "In terms of facilities, it is fantastic to see this phase of our long-term strategy progressing. Since 2015 we have installed a new 3,500 seated stand and covered terrace at Irish Independent Park, improved match-day facilities, and will now have access to a consistently world-class surface all season.

"Better facilities cater for greater access and the venue is central to Munster Rugby's plans for growth and development. This is a valuable addition to the rugby landscape in Cork and the province."

PST Sport CEO, Colin Teahan, said: "This pitch will allow Munster players of all ages to play on the same surface as their heroes, year-round, and whatever the weather. I believe it will help move Munster Rugby to another level, and our team at PST Sport are delighted to play our part."

The installation period will take up to ten weeks to complete and the new artificial surface will be ready ahead of the 2018-19 season.

Why are Munster Rugby changing from a grass surface?

At present there is no suitable artificial surface for rugby in the south of the province. We currently host up to 54 games a season in Irish Independent Park, and in meeting the highest standards this investment in altering the pitch surface will allow us to cater for multiples of this year-on-year, directly benefitting the sport and wider community.

Why do Munster Rugby not install the artificial surface on one of the back pitches in Irish Independent Park?

Each of the back pitches are leased to a tenant club so are not available for use by Munster Rugby at present. In addition to this, the cost of upgrading these would be significantly higher than the main pitch.

What maintenance cost and upkeep is required?

The maintenance cost for the new surface is significantly lower than the current cost of maintaining the grass surface. The surface will be inspected on a bi-annual basis to ensure it meets World Rugby criteria.

Will the new pitch be used as a commercial offering?

Yes. We will be pursuing additional commercial opportunities for the facilities, and will review all possibilities.

What is the longevity of the surface?

PST Sports are installing an artificial sports turf that is so resilient it comes with a 12-year manufacturer's warranty, based on 30 hours usage per week, over and above the industry standard eight-year period.

Will there be an increase in PRO14 games played at the venue?

At the moment we play four PRO14 games in Cork. If the province were to move a game from Thomond Park it would have significant financial implications due to capacity and commercial constraints. Additionally, Irish Independent Park hosted all of Munster A's home British and Irish Cup games this season.

When will the first game be played on the new surface?

Similar to previous seasons Munster Rugby will host a pre-season encounter in Irish Independent Park in August. Once the opposition and fixture details are confirmed there will be an update on munsterrugby.ie

Will clubs and schools be able to avail of the facilities?

Irish Independent Park will continue to host domestic competitions at every level and Munster Rugby will now be in a position to commit to a greater number of games without being affected by the weather.

Will the tenant clubs, Dolphin RFC and Sundays Well RFC, have access to the new surface?

The relationship with the tenant clubs will continue in line with current practice.

Why is it referred to as a modified 3G surface?

Although a common term, 4G is not a pitch surface, and the modified 3G surface is the highest available spec. Working with PST Sports we are installing a world-class artificial surface.