In his short grounds career to date, Brad Jefferies has already been an assistant to Gary Barwell at Warwickshire CCC's Edgbaston and Tim Packwood at Worcestershire CCC's New Road. 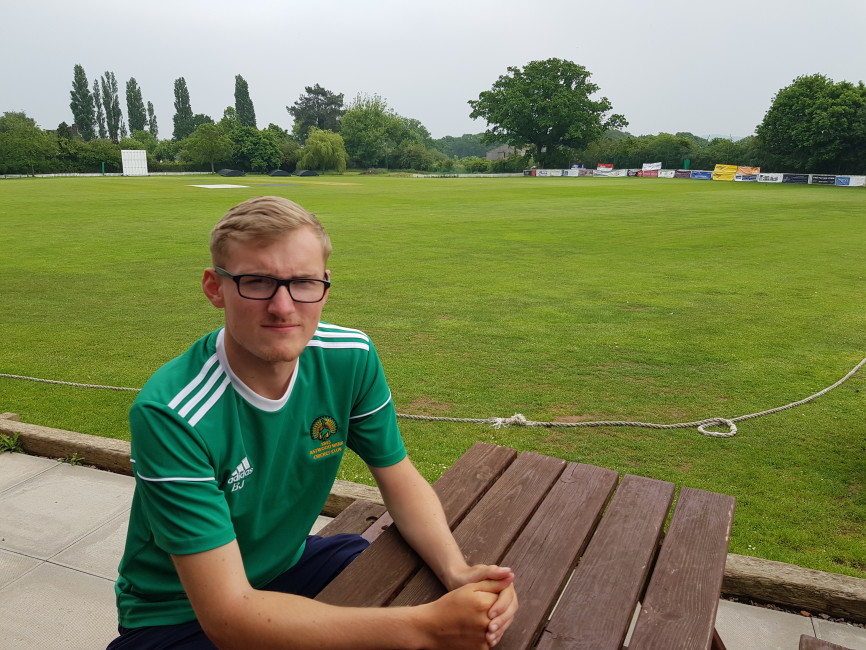 Astwood Bank itself lies right on the border of the two counties, though slightly closer to county town Worcester than the equivalent Warwick.

He told me that when he started helping the groundsperson at his local football club, it was "quite easy. Mainly just cutting, rolling and marking out."

"Then, I got a couple of days' work experience, helping preparations for an pre-series Ashes warm-up game at New Road, having been recommended by Edgbaston."

"I was very proud, because I worked in the middle, doing a lot of push-brushing and scarification. I'd say I contributed to two Test matches, two T20 Blast finals, and some ODIs and Royal London Cup matches."

"Whilst at Edgabston, I was lucky enough to meet my hero, Freddie Flintoff. I got a photo with him. I was buzzing about it, genuinely. I couldn't sleep afterwards. Then, he even commented on the social media post. I'm happy forever after that."

Bradley is concurrently undertaking his university study, which is a degree in Sports Coaching and Physical Education: "It's completely random. Completely different to this, anyway."

"I've enjoyed doing this, and been told I'm half-decent at it. But, it started off as a summer job. After my degree, I'll have to decide what to do."

He arrived at Astwood this spring, so is experiencing a new level of responsibility: "I started in April… maybe March. Pre-season was tough this year."

"We barely did any pre-season rolling, and when we tried, the roller broke. The clutch went 'bang', and we got it stuck. It was inches from perfectly dry ground, but got stuck there for a week." 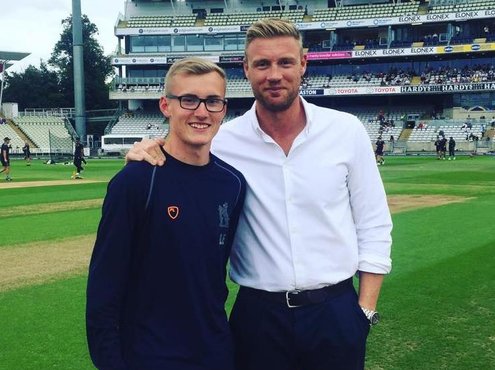 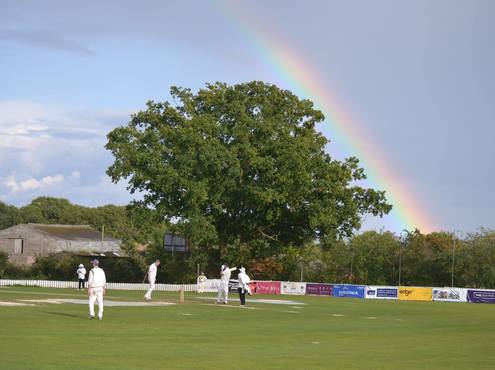 "We've had decent results so far clutch-wise; not so much cricket performance-wise. But, we pick ourselves up and go again."

"That said, I actually don't play for Astwood. I play for another team down the road, and started here because I knew some of its players."

The field is cupped and lies at the bottom of a hill, so it still holds some rain, but is much further from the region's major rivers than many of the area's clubs.

During the spring torrents, Brad said, he had to change the angle and extents of the boundaries to accommodate for this on the western edge (the same place the roller became stranded).

Being so young, he has been required to advance his knowledge quickly: "I'd been told by some colleagues that a Level 1 award was a bit of a waste of time for anyone who knows their stuff."

"But, I would love to start on a Level 2 or 3, once I get to the point where knowing the science is the next logical step in my progression."

"Tim and Gary have had a massive impact on me. Tim wanted me to go and work with him this summer, but it didn't quite work out."

"Gary has perhaps had the biggest influence on me. The things I've learnt from him are what have meant I could get this job. They are the reasons I can do well here." 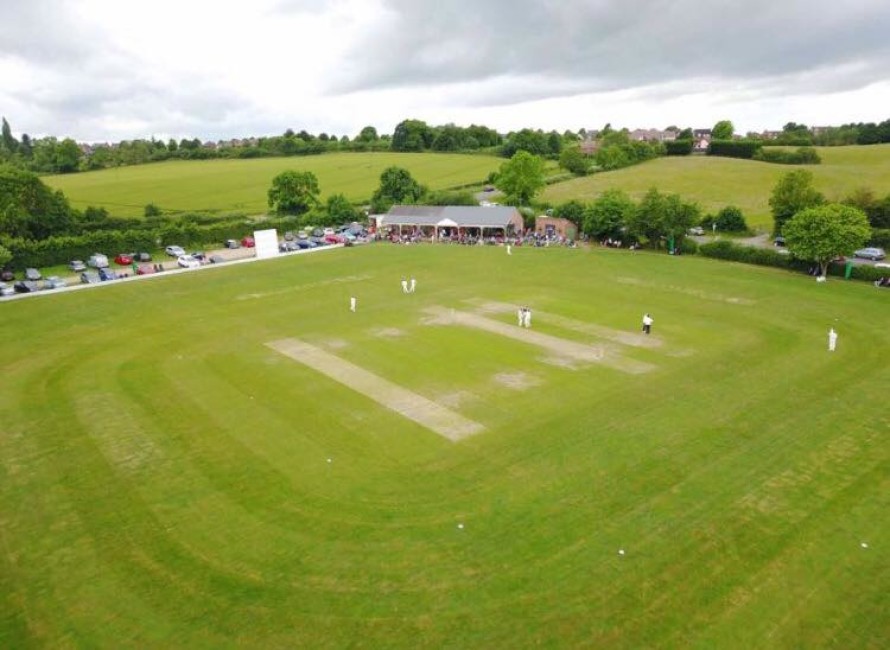 "To put that into perspective, the first pitch of the season here had 750 runs on it. That was a pitch on 5th May, so that was decent. One lad in a university game scored 150-odd off 60 balls."

"That's because we rent the pitch out for some uni games. I had a text from my friend, who's the captain at Worcestershire, and we had the pitch rented out by the next week."

"Altogether, it had 2,000 runs in four games, during the first weeks of the season. The only reason that can be the case is because I had that exposure."

"Gary was always giving me tips and, what was really nice, asking for my opinion. He wanted you to consider why you were doing things, rather than just forcing you to with little explanation."

Brad also said that his committee has so far permitted all requests for grounds funding: "I've switched our seed over to Johnsons Premier Wicket."

"I've just begun to seed up with that and it's coming through lovely. Less than a week. I've also applied an ICL pre-seed formula."

"I've also changed the loam. They were using Kaloam here, which is very good for things like foot holes. But, we used Ongar at Edgbaston, so I've made that the standard here too. It's finer, and it clumps immediately without added water, whereas the Kaloam is drier." 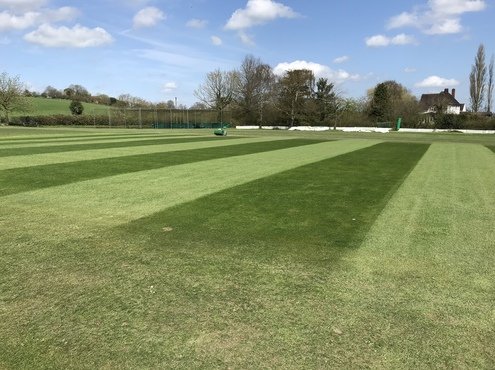 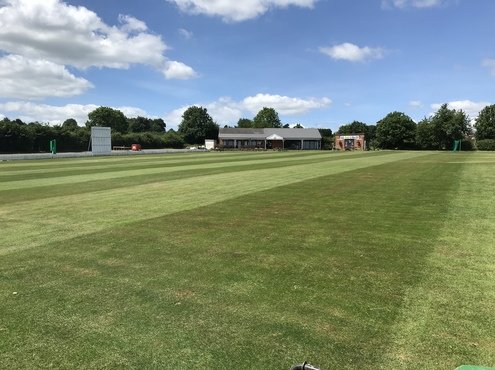 "We have a 12-wicket square but, due to boundary sizes, I can only have five in the middle for the First XI, the bottom two are for juniors, and one either side for Second XI, so the top area was redundant. I've turned those five into practice wickets."

"The one at the end has greened up really well. That's done with now, so I'm working on the next, and it seems as though the process is working."

I noted that he'd made a lot of changes in his first month or two: "Definitely. I'm a perfectionist, and you can always improve - so can the pitch."

"After we finished the first wicket, which was an absolute belter, the first thing I did was ask the lads how we can make it even better."

"The First XI captain, Steve Adshead, is fantastic. We liaise to determine what he wants from the pitch, and that's what I try to produce."

"Last week [the middle of May], it was win/lose in the Birmingham League. We wanted to see what it would do, so we greened it up.

"Then, this week was win/lose/draw, and he wanted it as green as possible to involve the bowlers. And the game this week, the openers had the ball coming in at chest height. I'll take that."

"It's generally quite flat here. A lot of the lads have said that, no matter how much grass you leave on, it tends not to do much."

"The square is in a very good condition, though. The pitches are flying through after very little rolling. That's down to the work of previous groundspersons and investment from the club."

Brad, for both money-saving and re-investment reasons, is considering attempting his own end-of-season renovations without the help of contractors.

With the money saved there, he would look to invest in a SISIS Drop Spreader: "That's the only extra thing I'd need to do the renovations the way I want to."

"One thing we've found this year is that the outfield didn't have much done to it over the winter, and the drainage here is not the best, especially with that slope. The south drains well, but the north is more problematic." 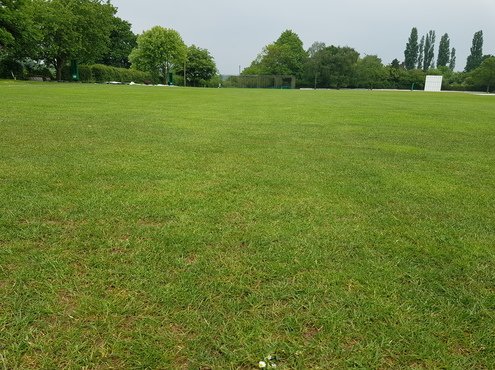 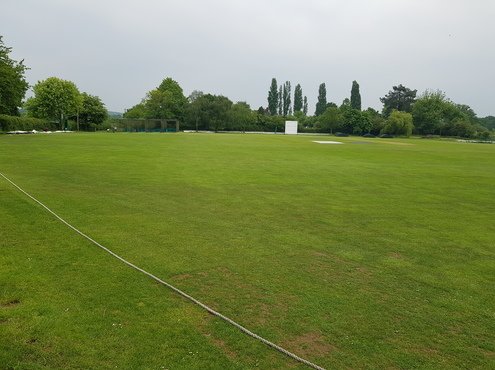 "So, I definitely want to squeeze in as many verti-drains and spikes as I can on that side. On the square, though, it would just need grass removal, three-way scarification and Ongar Loam introduction."

He hasn't had the chance to take any samples so far, but is at the stage scientifically where he wouldn't know where to go with that information.

"That highlights why it would be useful, at some point, to get that next step of education. I've only been doing this three or four years and, up until now, Gary's always sorted out that side of things."

"And he's willing to provide the sort of services you'd usually get from cricket advisors, such as Clegg readings and moisture metres, to help out with the scientific stuff. Because I know him, he can give me that proper advice without selling to me."

"I'm not sure how much Worcestershire clay is in the surface, but I'd guess around 25-30%. When you get it dry, it flies. Equally, when it's soft, it's a real nuisance."

"One thing I'm looking to continue is introducing a bit of iron to this side of the field, just to toughen it up for when conditions are a bit rocky."

"It's already started to thicken up a little, although you naturally get your usual, annual leaves. The square was treated pre-season, organised by someone else."

The club doesn't have any deep aeration equipment, so this is one use Brad would find for contractors if it was desperately needed. 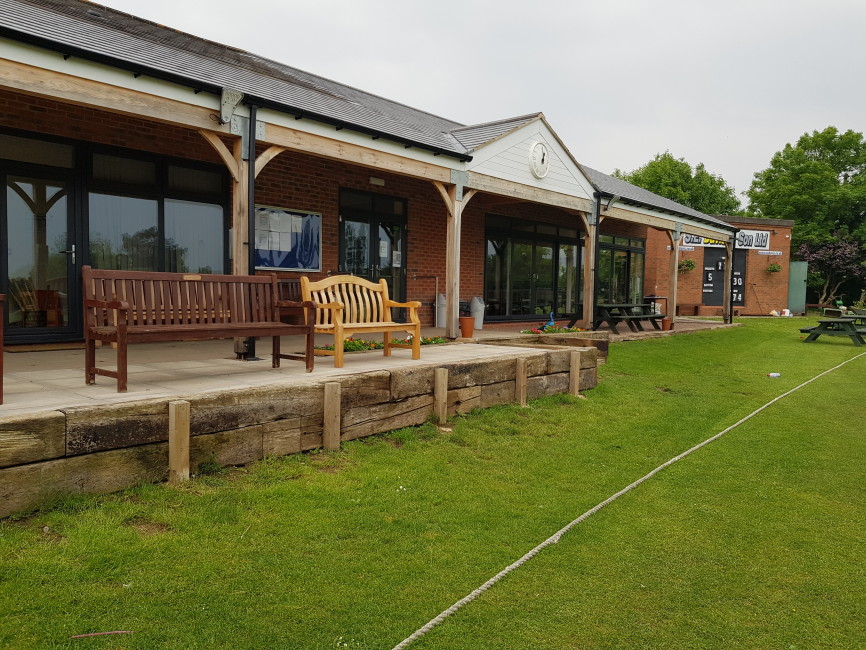 "We do, though, have a brushing cassette and a Dennis FT. That gets rids of all the nastiness in the sward, like rabbit droppings."

We've also got a ten-bladed cylinder, a scarifying cassette and a sarrel roller. It's so easy to use. Dennis is fantastic, but the Allett Shavers at Edgbaston are great too."

"If I went on to be a head groundsman somewhere with loads of money, I'd make that an essential purchase, because it's been a godsend."

The field is across about 1.2 hectares, at about 100 metres in width and 120 metres in length. This means the batsmen have any easier time clipping to leg or cutting square of the wicket.

The club has a strong relationship with Phil Day Sports. They also work with Pitchcare, including for their purchase of push-brushes and MAX-LINE Platinum Pro line marking paint.

Its practice nets are artificial, although the club's players help with the maintenance of this, minus some of Brad's strimming and linemarking.

Each day, he will usually box off the outfield and cut it in one direction, then complete the double-cut the following morning, each from about 6:30am.

He also cuts the square daily: "I try to leave the grass in a state nearly at match standard, regardless of whether it's being used, so I can reliably tweak it before the games."

"I usually get a bit of rolling done daily. Pitch preparation starts fourteen days out with a very heavy water to really force that moisture in, because the small square means the pitches need to last."

"I'll use the First XI game for the first time, then reuse it for a Seconds game and perhaps a junior game after that. Luckily, we have a germination sheet, and everyone has so far been fine with it being left on during their game, which is a real help."

Brad delved into why he chose to take up this lone post at such a young age: "It wasn't really about money. When I was at Edgbaston, I didn't get to play much, due to the demands of the job."

"I wanted at least one more season, if I do end up in this industry, where I can play every Saturday, before I have to give it up to focus on the work." 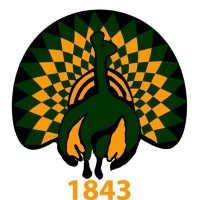 "I'd like to say I'm an all-rounder. I put on 90 runs last week. We play 45-over, Saturday league cricket. I'm also a medium-pace seam bowler. Got a few wickets this year, too."

"But, above all, I also wanted to test myself here. I wanted to see what I could do on my own, without the helping hand of an expert making sure I couldn't slip up."

"I've always been part of a knowledgeable grounds team and, although I've learnt a lot from them, it's now my turn to try things out for myself and see what I can do."

Products mentioned in this article are available from the Pitchcare Shop