To provide a more even transition between Bent and Poa grasses in the greens surfaces, Ely City Golf Club have invested in a set of SMARTUltraGroomer™ cassettes from within the ATT TMSystem™ range. 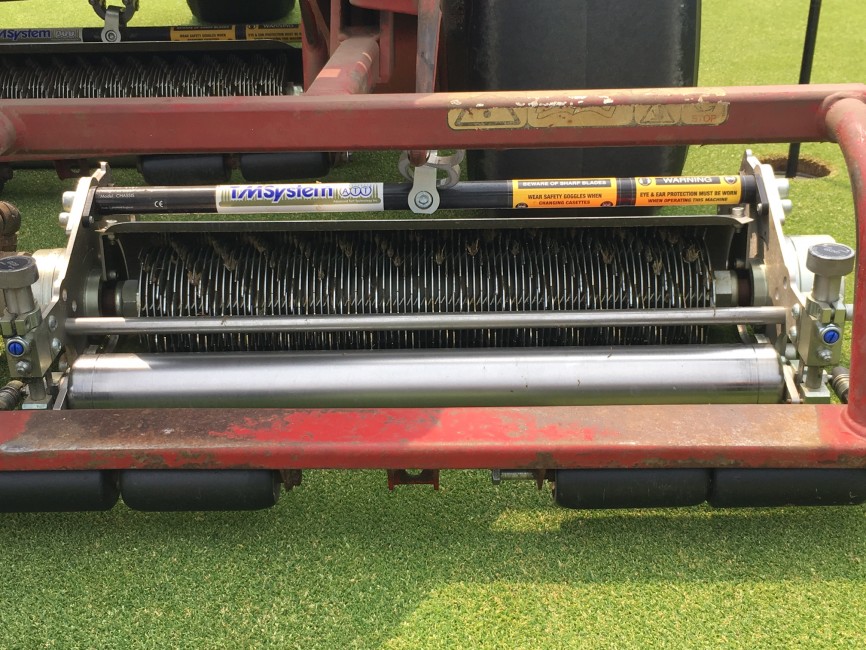 Opened in 1962, and extended to 18 holes in 1973, Ely City GC offers a testing, compact, parkland course on the outskirts of the city.

When his existing cassette system failed, Andy Baker, Head Greenkeeper at the club, demo'd the ATT SMARTUltraGroomer™ cassette and was particularly impressed. Andy was no novice to the system, "I'd been wanting these for quite a while but as machinery purchases are normally budgeted over a five year period, I wasn't in a position to get them. The main plus of these over our previous units is how easily and quickly they can be dropped in and out of our triplex - without multiple pivots and joints which can seize and break. It also speeds up the process for my team as they don't need to take the machine apart - that's a big bonus." 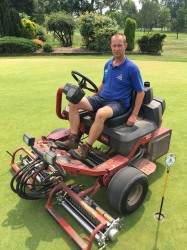 Taking delivery of the units in February, the team has been out with them at least once a week, beginning level before dropping them to -2mm as the season progressed. "The weekly pass is to stand the bent up and remove lateral growth. We'll go out with the groomers first, then someone will follow behind and mow. It's amazing the quantity of material we remove with such minimal surface disruption."

The ATT SMARTUltraGroomer™ cassette has over 80 1.3mm tungsten carbide tipped blades spaced at 5mm apart to ensure greens are maintained in the best condition. It will minimise puffiness in high density Creeping Bent and Bermuda grasses by reducing 'scalping' and 'foot-printing'. The cassette will also remove seed heads in Poa annua turf and on newly established greens, it can help reduce the ingress of Poa annua by "grabbing" individual plants before they get a chance to take hold.

"Now we've got the taste for the ATT TMSystem™ we're looking at adding some of the other cassettes from the range into our fleet," says Andy. "My team and I are totally converted - It may have been a long time coming but they were worth the wait!"