0 Ayr on a shoestring!

Chris McCullough visits Somerset Park, home to Ayr United, to meet groundsman Jason Waddell and view one of the best football pitches in Scotland, despite the vagaries of the weather on Scotland's west coast and a tight budget 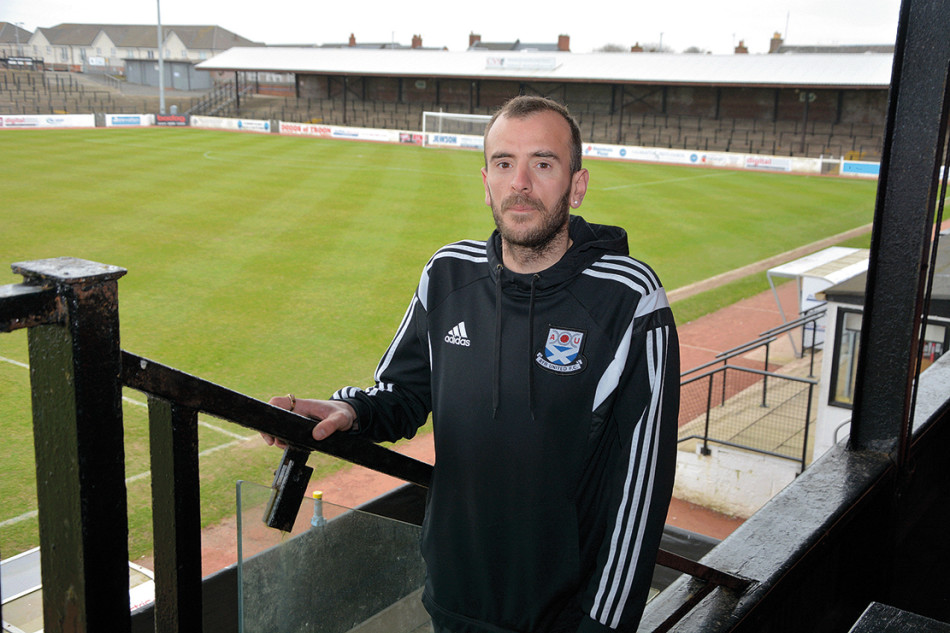 Sitting on a prime site in the centre of Ayr on Scotland's west coast is the home of Ayr United Football Club, known affectionately to the loyal supporters as Somerset Park.

Formed in 1910, Ayr United was an amalgamation of Ayr Parkhouse and Ayr Football Club, which is said to be the only Scottish Football League club to have been formed from a merger of two pre-existing league clubs. Inverness Caledonian Thistle was a merger between a league and non-league team, in case you are wondering. 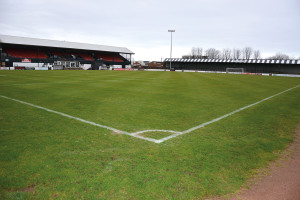 Somerset Park, in the town's Tryfield Place, has a capacity of 10,185 including 1,549 seated and was officially opened in 1896. It was commissioned in 1888 to replace Beresford Park which in fact was being used for the Ayr Cattle Show at the time.

There is only one side of the traditional stadium at Somerset Park that has a seated area and it is raised above the pitch level and is covered.

On the other side of the full size pitch is a large open terrace that extends around the corners of the ground. Both the seated area and the terraced area are split between home and away fans, who are segregated by a large fence running down the middle of them. 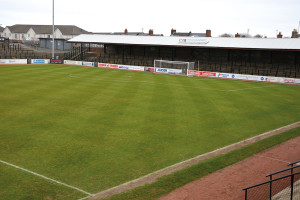 With Somerset Park sitting on prime development land, it is not surprising there have been a number of offers to relocate the historic stadium to an out of town location and, during the 1990s, United obtained planning permission from South Ayrshire Council for a new 10,200 all-seated stadium at Heathfield in Ayr, with an associated retail development.

Unfortunately, the Scottish Executive reversed the decision in respect of the retail development and, as the club needed this element of the scheme to fund the construction, the development did not proceed.

Then, in November 2006, a move was on the cards again when United signed a contract with Barratt Homes who wanted to buy Somerset Park, after the club secured a new 20-acre site in the Heathfield area.

The site was to house a new £18 million stadium seating 7,650 as part of a 'sports and business campus', but this did not go ahead either.

Jimmy Smith holds the record for scoring the most number of goals in a season for Ayr United, putting sixty-six goals past the opposition in only thirty-eight league matches from 1927 to 1928. The club's overall record scorer is Peter Price, who scored 213 times in competitive matches for the club between 1955 and 1962. 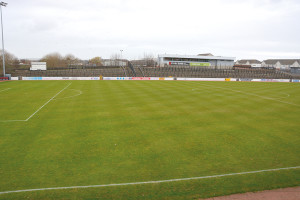 At the time of writing, Ayr United, managed by Ian McCall, sit second from bottom in the Scottish League Championship and, for its loyal set of fans, things can only get better.

'The Honest Men', as the team are known, play in black and white for home matches, which today attract around 1,500 spectators to each game.

The pitch is really the jewel in the crown for the club and the envy of many other clubs in the country. Not only does it drain well, it is also well looked after, and the man who is responsible for its superb condition is Jason Waddell from Ayr town itself.

Jason has been working as the groundsman at the club since December 2005 and fell into the role after a period of seven years working as an apprentice.

Although predominantly working on his own, Jason has access to outside contractors who come in for the more specialised jobs such as verti-draining or pest control. Roy Provan is the safety and stadium manager at the club and is also Jason's line manager.

Jason said: "It's a real privilege to work for Ayr United and look after the pitch here at Somerset Park. It's quite a free-draining pitch and does get a fair amount of light, even though we are on the west coast of Scotland." 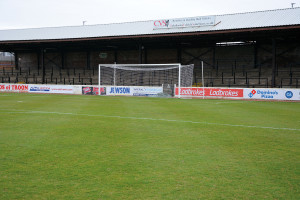 "The north end of the pitch does suffer slightly from shading from the terrace and a bit in front of the main stand, which both cut out the sun somewhat.

"All in all, it's a decent pitch with a good soil structure. The grass grows well, but we do have to look after it," he said.

The pitch is only used for match days and no training whatsoever takes place on it, nor is it open to the local community to use.

"The pitch is indeed of a sandy structure and is therefore free draining. We bring in an outside consultant Stuart Houston to carry out the main fertiliser and iron spreading duties, but I am responsible for all the grass mowing, raking and spiking duties on the pitch, using a small selection of machinery," he said.

"Being on the west coast of Scotland we can get a bit battered and bruised by strong coastal winds, heavy rain and frost. We use covers to protect all our hard work if the weather gets too wet but, generally, the weather works with us most of the time," he said.

Jason adheres to a pitch maintenance programme that fits in well with match days and the weather. He cuts the grass once a week, carries out soil aeration once every three months and pest control on a monthly basis.

"Presentation is our main priority here," said Jason. "We want the pitch looking its best for every game. Our fans want to see the team perform on the best pitch possible and that is what we all want to achieve."

"I cut the grass every week in the main growing season with the Toro Reelmaster 2000D. At the end of the season, the pitch is verti-drained, topdressed as required, fertilised and reseeded, if necessary."

"We do work closely to our prescribed budgets for all pitch and maintenance work, which Roy would manage."

"I keep a very close eye on weather patterns so I can plan the grass cutting and line marking accordingly. That is easier said than done sometimes but, on most occasions, I can work with it," said Jason.

There are eight full time staff employed at Ayr United in terms of running the stadium, grounds maintenance and office work. However, taking on an apprentice to help out with the grounds is currently being considered. 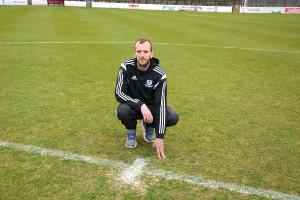 Pest control is also vital in order to keep the pitch and grounds looking their best. Regular visits are made by a pest control company to try and keep the pigeons from 'inhabiting' the stands, but it's an ongoing battle, according to the staff. Urban foxes and other birds have also damaged the pitch in the past and need to be monitored as well.

When it comes to the machinery pool that Jason has to hand to maintain the pitch, he says there are some new machines on his wish list.

"The Toro Reelmaster is very good and does its job well, but some day soon it will need to be updated," said Jason. "There is also an old Kubota B4200 tractor that I use to operate the spiker."

"On top of that, I have a roller, a small fertiliser spreader, a linemarker, a seed sowing machine and a few other pieces."

"We really could use a newer tractor, preferably with a cab on it, as the Kubota we have is proving unreliable sometimes. A new trailer and verti-drainer would also be quite useful."

"In the past, the club has purchased second-hand machines from local dealers, but maybe someday we could have our own new machine to work with."

Roy Proven added: "At Ayr United, we are extremely grateful to Jason for his commitment and hard work, and it is nice to see his efforts being recognised."

FOOTNOTE: Ayr United finished bottom of the Championship and were relegated to Scottish League One