Winners of the 2017 BALI National Landscape Awards, recently enjoyed an exclusive behind-the-scenes look at the All England Lawn Tennis Club Wimbledon, which was hosted and organised by ICL and awards headline sponsor Green-tech. 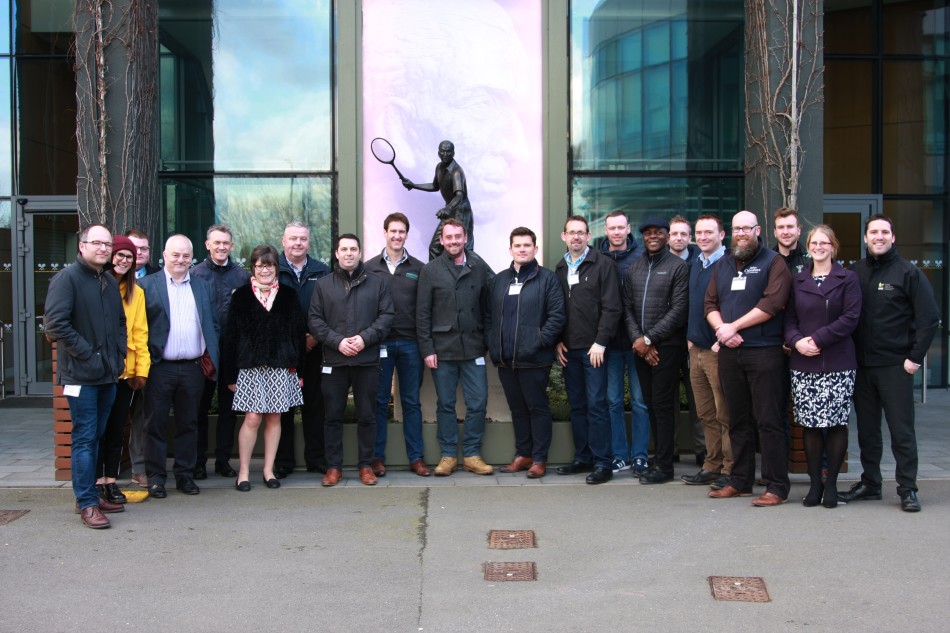 The event began with an introduction from Mark Pyrah, ICL's Landscape & Industrial Manager for UK & Ireland and Tom Parker, Purchasing and Commercial Director of Green-tech, before handing over to Head of Courts and Horticulture Neil Stubley.

Neil described in great detail the meticulous planning and hard work that is required to successfully deliver the greatest tennis championships in the world - which is watched by an audience of over 1 billion people worldwide. He then proceeded to present a captivating overview of the site and its facilities which includes 44 grass courts, 5 indoor courts, 8 American Clay courts, 8 Plexipave Acrylic courts and 3 croquet lawns.

As well as highlighting the progress of trial work which is currently being conducted in partnership with the STRI, Neil revealed just how much tennis is played on the courts at Wimbledon. Last year, 658 matches were played totalling a staggering amount of 3,177 hours. This was across 38 grass courts during the championships, which was in addition to a further 25 tournaments as well as regular usage from the club's 375 private members who are free to play on the courts until they close in September.

After lunch, the award winners received an access-all-areas tour by Neil which included a visit to the legendary Centre Court, a tour of the media centre, and a look at the current construction works of the No.1 Court. Work on the extensive reconstruction, which will see a retractable roof and wider, more comfortable spectator seating, began after last year's Championships and is set to be completed in time for 2019 Championships.

Reflecting on the successful day, Mark, who organised the event, said: "We were delighted to welcome the 2017 BALI award winners and show them the world class facilities at Wimbledon. They were hugely impressed by Neil and his team's attention to detail. It was a very successful event and I'd like to thank Neil for his time and expertise in offering us an insight into groundsmanship practices at the highest level."

Tom Parker from Green-tech added: "We feel privileged to have been able to visit such a world class venue to celebrate the success of the Bali Award winners. The level of quality, technical development and ambition of Wimbledon is extraordinary and it was amazing to have such an exclusive experience."