Bath Spa University's main campus is a safe-haven for perhaps the UK's most treasured and iconic amphibian group: the smooth, palmate and great crested newts.

Penny Snowden is the Bath Spa University grounds manager. She has a long history of gardening and is entrusted with conservation in addition to her other duties.

There are ponds dotted around the outskirts of the campus for the newts, and their entire year round migration pattern was planned five years ago to give them the best chance of survival.

This even included the plotting of a grassy lane from their winter habitats. They are led right across the sports fields, around a newt-proofed car park and, finally, to their underwater destination.

In spring, they head to one of the campus ponds for their breeding season. In summer, the tiny newtlets emerge from the water, then creep the other way along the path to retreat beneath a cool rock throughout the autumn and winter - and the cycle begins again.

Pleasingly, the country residence from which the university rents much of its site is called 'Newton Park'… but that's just a little coincidence. 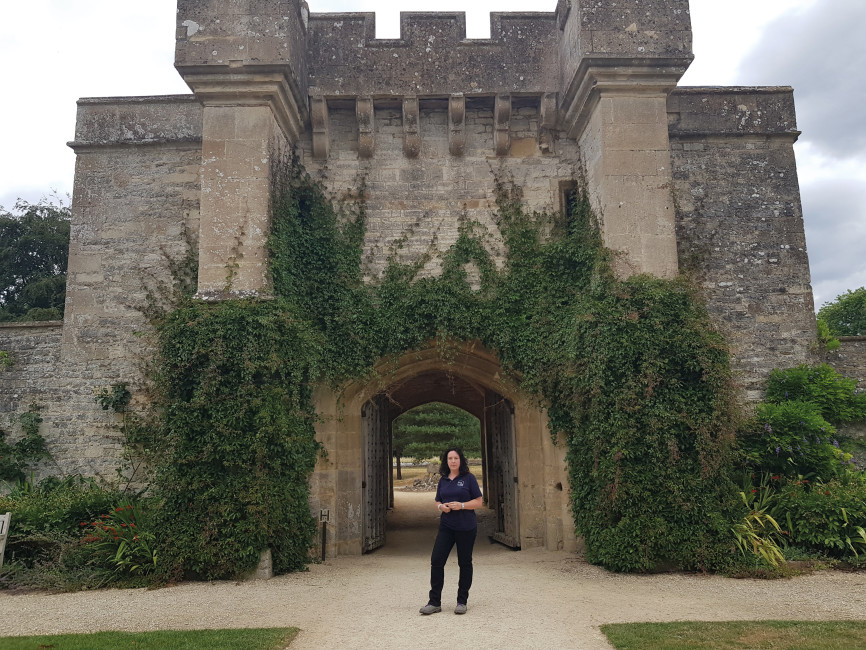 Around them, also on-site, is a further selection of animals and plants only present in the choicest UK areas. It includes bats, country birds and even grapevines producing sweet, seeded fruits.

Those vines exist due to the staff allowing students and staff with an interest to maintain allotments and glasshouse spaces.

Prevalence of such natural spaces on campus shows how significant a priority this is for the management. The grounds team are primarily gardeners.

The campus has been undergoing a large development project since its institution gained full university status in 2005, and this is ongoing. This is part of why the management are so keen on ensuring the protection of the on-site wildlife and gardens.

Lead gardener Suman Kawar guides a team which also includes Stanley Rawlings and Simon Johnson. Two more are on the way, as the team is usually five-strong.

Newton Park is a sprawling woodland surrounding a 300-yard lake. "The whole site is under a conservation management plan, which deals with the historic aspects," Penny said, "and the biodiversity."

"We work closely with local consultants, and have to survey the newts each year. The students help by setting up newt traps in the morning, then making sure they're all checked in the evening. Students are supervised by licensed handlers whenever in contact with newts." 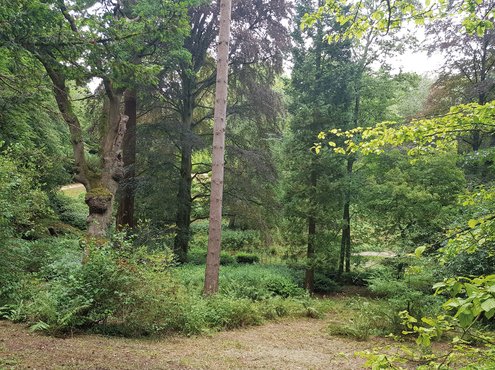 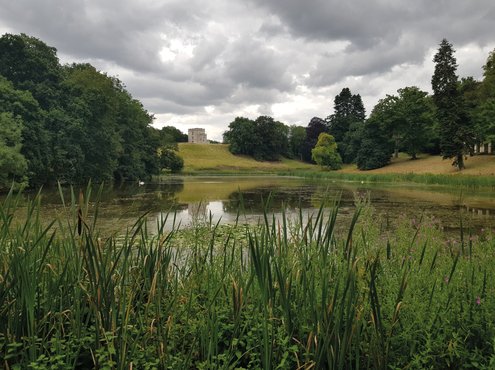 "The numbers are a little bit lower this year. It is, of course, extremely warm now, but we think that drop is down to the 'Beast from the East' snowdrifts earlier in the year."

"We have horseshoe bats onsite as well. That's one of around twelve species of bats here. The oldest sections of the site have segregated areas to allow the bats to roost."

"There is a section in the medieval gatehouse, and they roost beneath our little stone bothy, which acts as the grounds team's shed."

The site has one rugby pitch and one football pitch, both of which are natural grass, as well as a hard surface netball court amongst the gardens.

Penny has been enjoying the challenge of involving sportsturf care into her schedule more than in any of her previous roles. This culminated in a recent publicity story and machinery purchase via Kubota.

Penny said: "I'm just coming up on three years here. I'd previously been a gardener or assistant head gardener. When I was offered the job, I'd been reluctant to give up the gardening aspect."

"But, when I got here, I saw what the grounds were like and realised why they'd asked. It's really nice here, and I can continue with managing the gardens as well as the turf."

"Because there are restrictions here on it having to maintain the appearance of a Georgian period landscape, there are certain criteria we have to stay within." 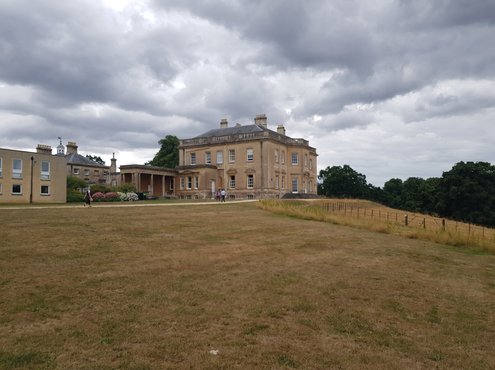 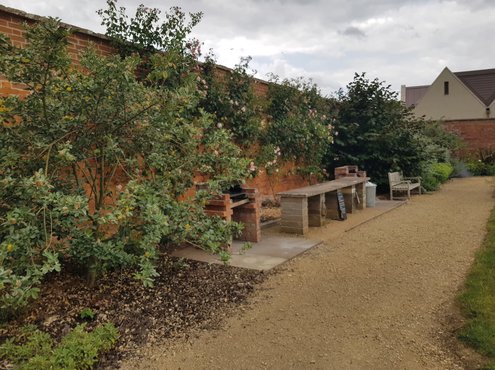 "That goes right down to the specifics of the types of benches we use, the types of fencing, and all those kinds of factors. That also adds to the interest of the job, though."

"Some of my focus, since I arrived, has been planning the revamping of tired planted areas, especially outside the older halls of residence near the entrance."

"There are, of course, the sporting areas on the site too. They are quite difficult, because they sit at the bottom of a hill and they don't drain all that well."

"We're trying to bring in programmes to improve surface playability on those. Another of our sites is about to be developed for sports too, which has better natural drainage."

"In one of my previous positions, I worked in a turf department. I could bring in plenty of similar skills from that, and we've also gone through the gradual process of introducing new machinery."

"We aerate far more regularly than we used to. We have just begun to consider introducing artificial drainage, because it needs something to give it that extra bit of help." 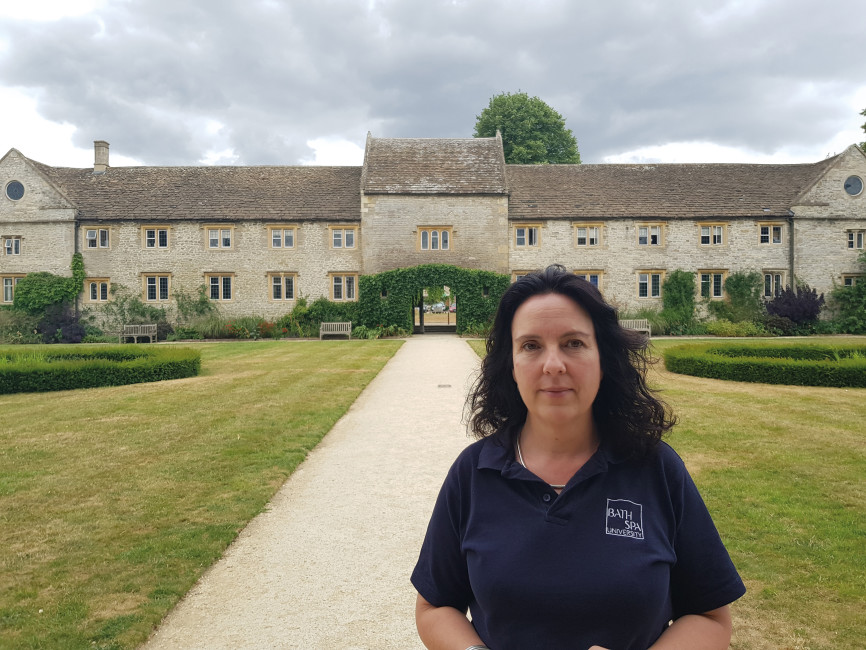 "The university now owns a Toro LT-F3000 flail mower and a Trimax Snake, which are recent purchases and have helped the standard of cut on the pitch."

"We also verti-drain via a local contractor, which we aim for now around twice per year. We topdressed with drainage sand not long ago, but we are starting to implement a regular regime."

"There are summer schools on campus at the moment and, although it's only recreational, we have to set up pitches for them. Not having a practice area makes it more difficult due to wear."

And where Penny and I stood was the walkway from the forest, across those pitches and up the ponds, through all of which the newts make their annual pilgrimage.

It's a pleasure to see an institution like a modern university paying such attention to harmonising with creatures already on-site, as it too often seems such a low priority on the agendas of large companies when plotting their building projects.

The three species of newt present at Bath Spa University are the only three usually found in the UK. The Greast crested newt is protected, in England, Wales and Scotland under Schedule 5 of the Wildlife and Countryside Act 1981, and under equivalent legislation in Northern Ireland The smooth and palmate newts are listed as 'least concern' for preservation. 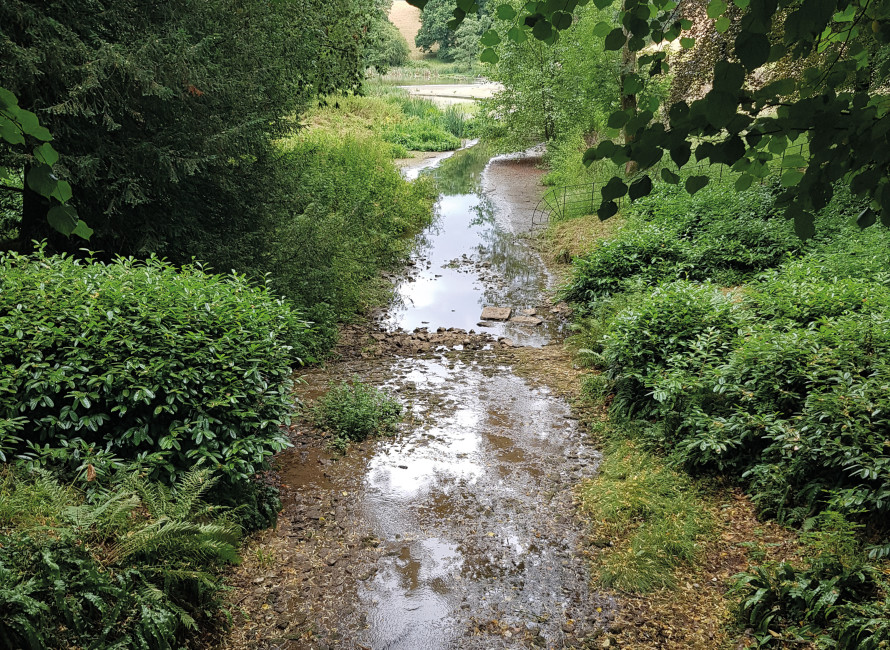 That they are protected by law, then, is a testament to their place amongst robins and some small mammals as those animals considered essential to the biological profile of our country.

Least common amongst them is the great crested variety found in the ponds of the campus. It looks more distinct from the other two than they do from each other.

The great crested is so-named for the fin-like protrusion from its upper back. It looks a little like it is windsurfing, whilst the other varieties look more like other types of salamander.

This trait of the salamander family often has them confused with lizards, but the developmental relationship between the two animals spanned hundreds of millions of years - lizards are more closely related to the dinosaurs; newts have no lungs and are just as closely related to fish.

Amphibia is one of the least diverse classes of animals (which is perhaps surprising as they are older than the reptiles), and a huge majority of its known species are frogs.

The reason for their generally small size and their lack of diversity is the dominance of reptiles in much of the amphibian biological niche - where reptiles arrive, amphibians often lose out. 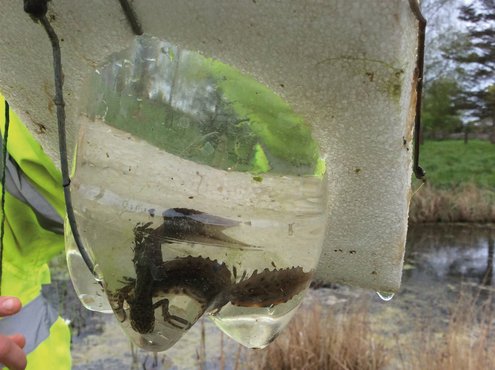 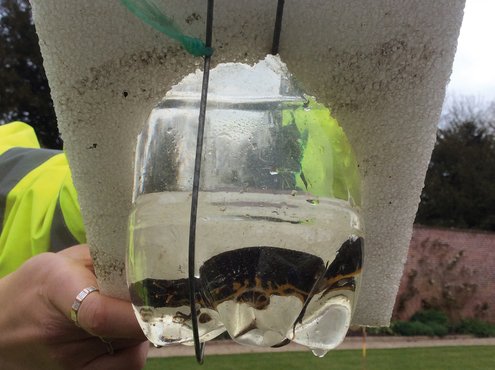 In fact, the dominance per niche of reptiles is highlighted in the cause of this 'mistaken identity'. The reptiles usually overtake the niche by parallel evolution. That is:

One of the potential reasons for their longevity, against those odds posed by lizards and their cousins, is a remarkable evolved ability to regenerate lost body parts via stem cell reproduction.

As with the 'immortal jellyfish', which simply replaces lost cells and never truly dies of individual causes, salamanders like the smooth newt are seen by some scientists as a template for how humanity might manipulate stem cells to remedy all sorts of physical ailments.

Smooth newts and palmate newts are both around 10cm long, and the great crested is around 15cm, so they are naturally fragile when their habitat overlaps with human building zones.

The reason efforts such as Penny's team are vital to the survival of the UK newts in such areas is that the amphibian lifecycle is so difficult to facilitate.

Unlike other classes, they spread their time between water and land. In newts, this manifests as a taste for cool and shaded areas of land for most of the year, and a submerged breeding season. 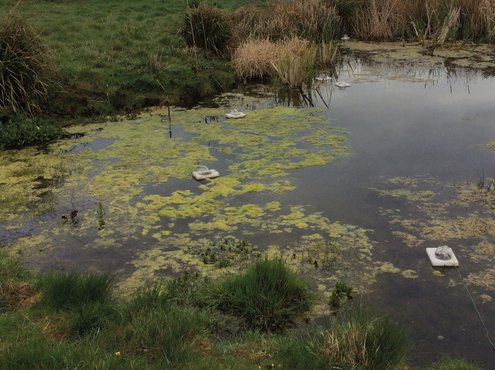 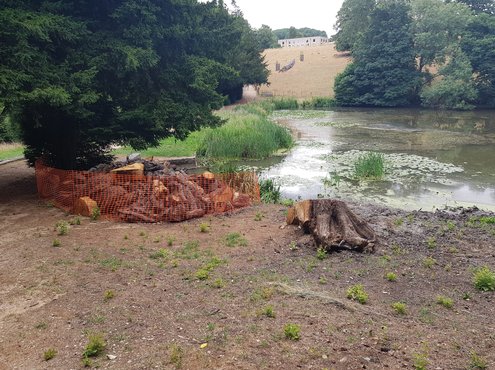 In keeping with this tendency to appear 'fussy', the females put an incredible amount of effort into ensuring their genes continue on: they lay around 300 eggs, then individually wrap each one in leaves from nearby plants.

Amongst their only direct threats (not counting the obvious effects of human intrusion) are fish, which will not usually eat a newt, but will frequently eat their eggs and larvae.

They eat tiny crustaceans and water-going insects, but will extend this diet to include an array of invertebrate species during the tough months on land.

The babies again, sometimes known as 'newtlets' - are also often referred to as 'efts', which seems to have morphed into the word 'newt' somewhere in Staffordshire around the time of Middle English or Early Modern English, then been popularised by William Shakespeare in Macbeth.

Whilst the toxins found in the skins of some newts are only dangerous if ingested, it is illegal to handle a great crested newt in the UK unless for the purposes of direct conservation, and illegal to sell any UK-based species of newt as a pet.

In addition, they are vulnerable to harm from very little contact. Their skin is so thin that it is permeable, and scientists tend to use the presence of newts as an indicator of the purity of watery ecosystems, because they do not survive if absorbing tainted water.

If nothing else, this is a positive indicator that the habitat on the university's grounds is suitable for many kinds of life - and it is worth the institution maintaining its policy of natural preservation.

A European Protected Species, the great crested newt is dark brown with a row of white spots on its head and body. The male is smaller than the female and will develop the large and distinctive waved crest along its back during the breeding season. The female lays eggs individually on aquatic plants. 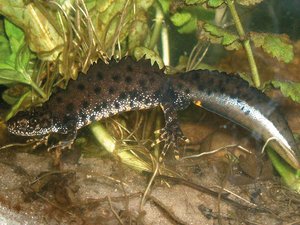 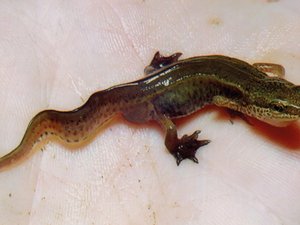 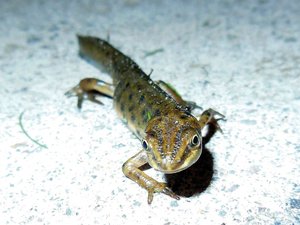 This is the smallest native newt in the UK. Males are an olive-brown colour, females can be yellow to olive-brown. Males also develop a low, smooth dorsal crest during the breeding season. Palmate newts have an unspotted pinkish throat and yellow bellies with small black spots. The female lays eggs individually and wraps them in the leaves of aquatic plants.

This is the most widespread newt in the UK. It is smaller than the great crested newt, but very similar to the palmate newt. However, the males have a much more developed wavy dorsal crest than the palmate newt during the mating season. Both sexes also have dark spots on their white throats, which palmate newts do not. The female lays individual eggs, wrapping each one in the leaf of an aquatic plant.