The impact of climate change on links golf courses across the UK is to be investigated as alarming reports suggest that many are in danger of vanishing in less than a century due to climate change. 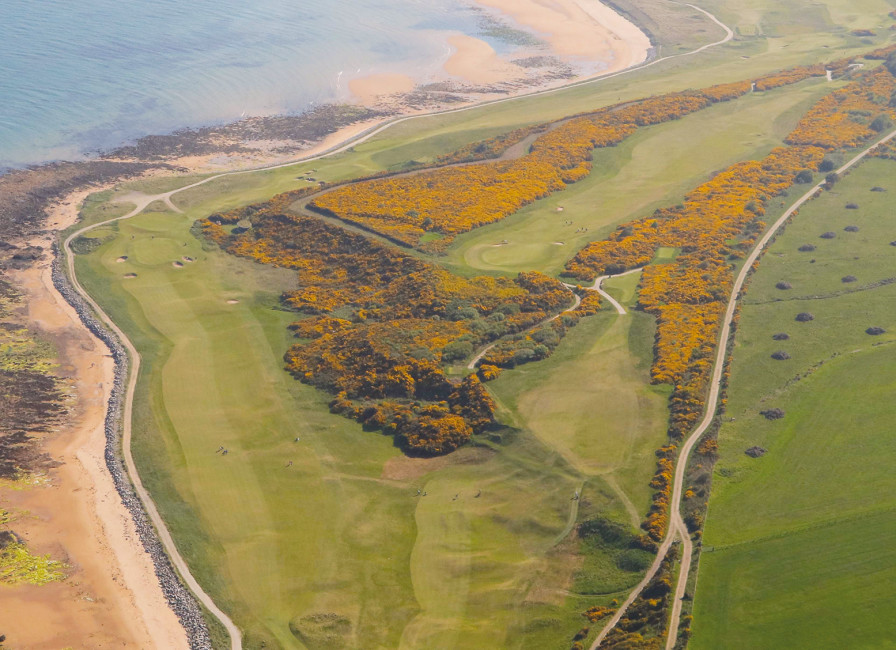 Scientists are to carry out a complete audit of the coastal golf courses of Great Britain and Ireland, and with five courses chosen in consultation with golf's governing body, the R&A to provide a more focused examination.

It forms part of a wider initiative being spearheaded by the R&A that has raised concerns about the effects of climate change on coastal courses.

One of the courses that researchers from the University of St Andrews will focus on is the home of golf, the Old Course in St Andrews.

Scientists estimate almost £400 million worth of damage could be caused by coastal erosion around Scotland alone.

The Climate Coalition, which represents more than 130 organisations in the Britain studying the effects of climate change, in a 2018 report, said that golf faced an "unexpected threat" from even a slight rise in sea levels, and Open Championship venues such as St Andrews could be under water by 2100.

The report, which added that six of the UK's seven wettest years on record have occurred since 2000, predicted that "golf courses will crumble into the sea".

"Climate change is already impacting our ability to play and watch the sports we love," said the report, adding that extreme weather is a factor in declining participation and lost revenue.

One in six Scottish golf courses were on the coast, where they are at the most risk of erosion due to rising sea levels.

In 2017, it emerged that owners of the 458-year-old Montrose Golf Links, was considering launching a crowdfunding campaign to raise £5 million to save what is reputedly the fifth oldest golf course in the world that is losing more than two metres a year to the sea.

By then it had already had to move three of its holes.

In a study published in 2015 Fraser Milne, a post-doctoral researcher at Dundee University, estimated that the North Sea has crept 70m towards Montrose in the previous 30 years.

The new three-year project, led by Professor Bill Austin, of the University of St Andrews is part of an action plan by the R&A . which granted £90,000 towards the research looking into wider challenges facing the sport's sustainability.

Mr Austin said St Andrews would be their first detailed study site, while a further four are being picked based on sea-level trends around the whole of the United Kingdom.

"We will develop some of the project methods here in St Andrews, in collaboration with local green keepers from the Links Trust, before extending out to other sites, both here in Scotland and across the wider GB & Ireland network," he said.

"I'm not a keen golfer - so there is no danger of the project only visiting championship courses - indeed we've discussed with the R&A that we need to understand conditions across a range of course types and resourcing levels."

"We will use a GIS (geographic information system) approach to deliver the full-scale picture and eventually we hope to deliver climate mitigation and adaptation advice from the project itself."

"I'm excited to be working on a project that can make a difference and delighted that the R&A have seen fit to fund this research."

In 2018, the Royal Dornoch Golf Club supported a pioneering project that it was hoped would help prevent part of its course succumbing to coastal erosion.

A number of gaps in the saltmarsh habitat in the Dornoch Firth meant part of Royal Dornoch's Struie Course had been vulnerable to flooding and being lost to the power of the waves.

Dr Clare Maynard, a research scientist at St Andrews University and chair of the Marine Alliance for Science and Technology (MASTS) Coastal Forum, was the project manager of Green Shores, the £155,000 scheme promoting the restoration of saltmarshes.

And Royal Dornoch Golf Club provided £10,000 a year for three years towards the project to help safeguard the 10th fairway on its Struie Course, which had been under attack from the sea.

You can read the full article from The Herald HERE