After a year's hiatus due to the coronavirus pandemic, the Toro Student Greenkeeper of the Year Awards are returning for 2021, with the search on to find the country's best up-and-coming greenkeepers. 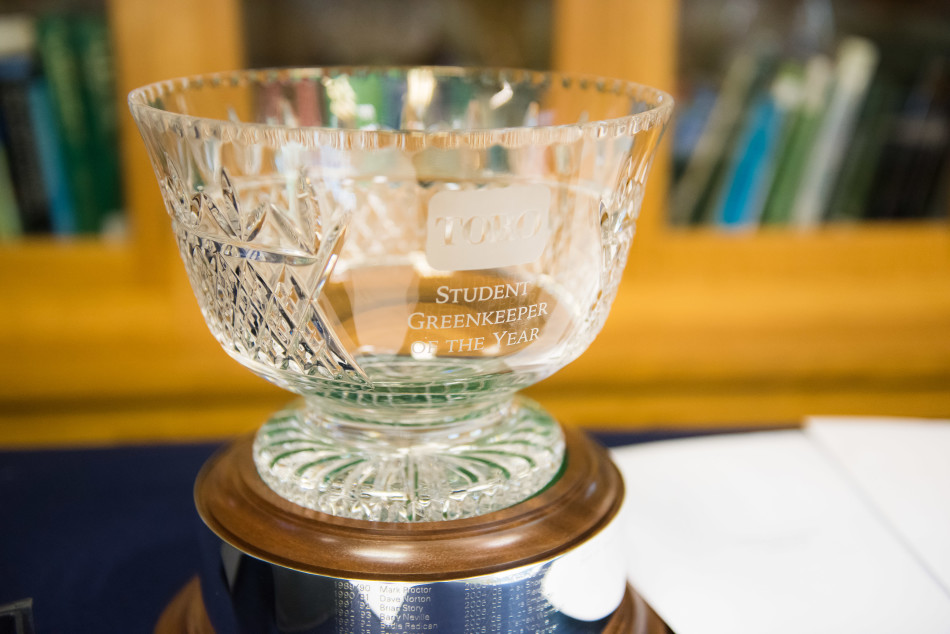 Each year the awards enable BIGGA, the UK's only membership association for golf greenkeepers, to work alongside turf maintenance equipment manufacturer Toro and distributor Reesink Turfcare to celebrate the next generation of talented and dedicated greenkeepers.

A record 49 nominees from across the United Kingdom participated in regional interviews. These candidates were nominated by their employers or colleague tutors and from those candidates a final 12 have been chosen to contest the grand final this September.

For the first time, the finals of the awards will take place at Celtic Manor Resort, providing an incredible backdrop to the event and giving the opportunity for the finalists to learn more and be inspired by the maintenance of the championship venue.

September's event will be the 32nd staging of the Toro Student Greenkeeper of the Year Awards and just the fifth time the Toro Young Student Greenkeeper of the Year Award, open to greenkeepers aged 21 or under, will take place. To be eligible to take part, candidates must be registered on a qualifying greenkeeping qualification and must be nominated by their course manager or college tutor.

The Toro Student Greenkeeper of the Year finalists are:

The Toro Young Student Greenkeeper of the Year finalists are:

The Toro Student Greenkeeper of the Year winner will receive an eight-week all expenses-paid scholarship to America when restrictions allow, including a six-week residential turf management study course at the University of Massachusetts, a trip to the Golf Industry Show in San Diego, California, and a visit to Toro manufacturing facilities.

The Toro Young Student Greenkeeper of the Year winner will receive a work experience placement at the exclusive Vidauban Golf Club in southern France. They will also receive a trip to Continue to Learn at BTME and enjoy a five-night package that includes hotel, four days of education, travel and £125 expenses, plus a Toro training voucher.

Sami Strutt, head of learning & development at BIGGA, said: "I was delighted to learn that a record number of student greenkeepers had been nominated for this year's award, especially after the challenges of the past year. For so many employers and tutors to recognise the commitment of the students, despite the difficulties we have all faced, is testament to what a wonderful industry we are working in. There can be no better introduction to the greenkeeping community than a nomination for these awards and, these 12 finalists should be incredibly proud of everything they have achieved thus far."

"Taking place in the grand setting of Celtic Manor Resort, this year's finals will be unlike any other and I can't wait to meet everyone this September for what stands to be a wonderful few days. My thanks go to Toro and Reesink UK for their continued support and also thanks go to everyone who took part or nominated a candidate this year."

David Cole, Reesink Turfcare managing director and award sponsor, said: "From the interviewing process to identify our finalists, we can take that the greenkeeping profession continues to be in bright and focused hands. Reesink Turfcare and Toro's long support of this educational award is constantly rewarded by the enthusiasm, career passion and commitment to personal development that we come across every year. That is the significant element that sustains these long-standing, career-enhancing awards."

The Toro Student Greenkeeper of the Year finals take place at Celtic Manor Resort on Monday 6 and Tuesday 7 September 2021.