by Alice Northrop
in Pitchcare News
on 08 Jan 2016 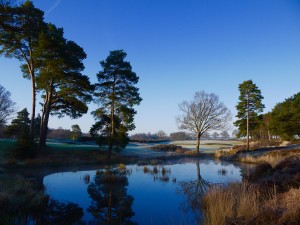 Congratulations to Joseph, Assistant Greenkeeper at West Sussex Golf Club, who has won with his Winter entry of "Blue skies over the heathland."

The four seasonal winners were judged by professional photographer Sergeant Dale Hunt, who said that "they were all captivating and have many positives in their own right."

Dale said of the winning photo, "It shows many of the aspects that make a photograph a pleasure to look at: vibrant colours, symmetry, and it also follows the compositional rule of thirds."

Joseph will receive £500 worth of photography equipment for his win.

We would like to thank all of those who took part in 2015. We were continually impressed by the standard of photos submitted.