by Louise Prettyman
in Machinery & Mechanics
on 12 May 2017 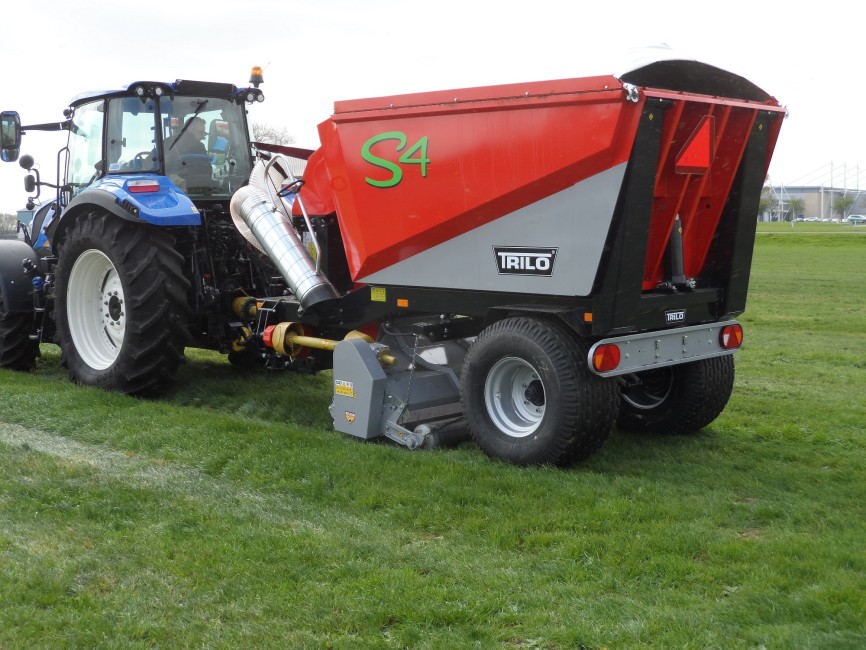 Launched at BTME 2017, the 2nd generation S4 vacuum sweeper from Trilo was shown in the UK for the very first time at a gathering of interested turf professionals at the East of England Showground.

Fitted with a number of new features, it provides greenkeepers and groundsmen alike with a multifunctional unit to perform difficult cleaning work in a straightforward manner.

Commercial Director Peter Van Mispelaar, discussed the upgrades at the recent demonstration event. "Though it has not changed a great deal in its appearance, there's not one nut or bolt that's the same as the previous model. In response to customer requirements it has larger radial tyres, a larger air inlet and can be fitted with a range of shaft options. The biggest change is the switch from a hydraulic to a mechanical driveline, which among other benefits, offers a more environmentally friendly alternative."

The new S4 it will be travelling around the country during early May, starting off in Scotland and the North before heading South in the following days, for those who couldn't make the launch.