by Chris McCullough
in Football and Synthetics
on 09 Dec 2018

0 Brandywell Stadium - Back in business

The Brandywell Stadium was out of commission for over a year to allow the upgrading work to take place but, after some delays due to inclement winter weather, the stadium held its first match for home team Derry City Football Club in March of this year. 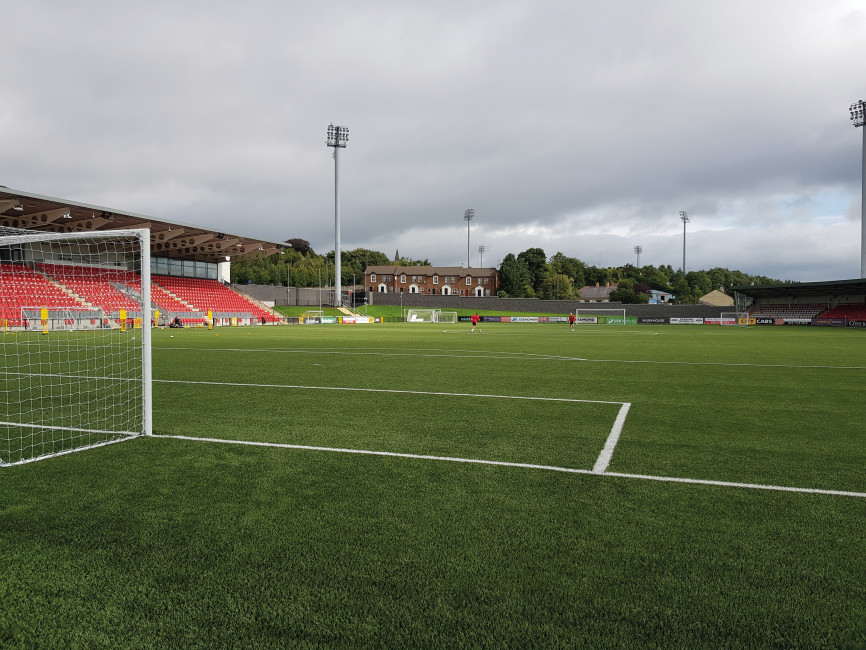 Known locally as the Candystripes, Derry City FC had moved fifteen miles across the Northern Ireland border to Maginn Park in Buncrana, County Donegal, to play while the work was ongoing, which proved a little daunting for the fans.

Owned by the local council, Derry and Strabane District Council, the Brandywell has been home to Derry City since its inception in 1928 and now sports a brand new 3G synthetic turf pitch, along with a new all seater stand and changing rooms - and a dog racing track!

It is also currently a temporary home for Institute FC who are somewhat homeless after its stadium was totally ruined in a flood last year.

Institute normally plays at its Riverside Stadium in Drumahoe but, after heavy rain in August 2017, water levels in the changing rooms reached over seven foot, with five foot of sediment being piled on the pitch outside, forcing the club to relocate.

The original Brandywell stadium was in existence since the late 19th century and, in 2002, was voted among the UK's top ten favourite sports venues by BBC Radio Five Live listeners. 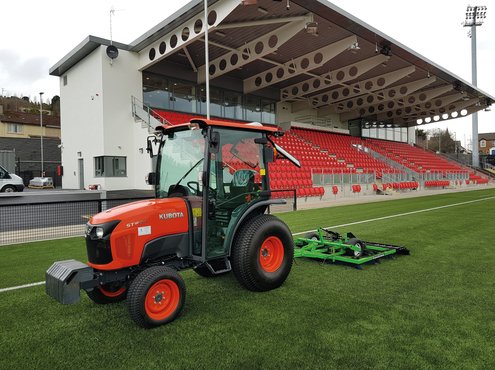 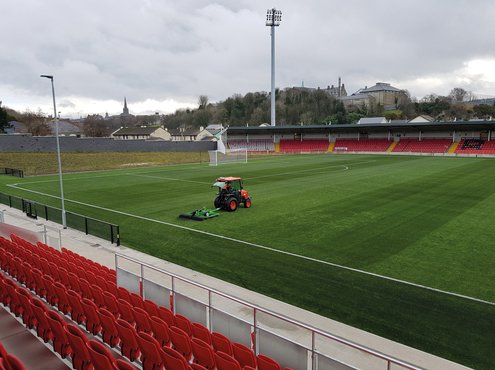 Famous teams like Barcelona, Real Madrid and Manchester United have all played at the Brandywell, with players like Ronaldinho, Xavi, Iniesta and Gascoigne all tackling one of the old ground's famous quirks.

This was a slope at one end of the pitch which became quite famous among visiting teams but is now retracted to history with the new pitch formation.

Amongst the works carried out as part of the Brandywell Regeneration Project, which cost seven million pounds, is a new 955-seater stand on the west side that runs for around half the length of the pitch.

Spectators have unobstructed viewing of the action as the new stand has a tall cantilever roof with no roof supports. A set of four floodlights are also in place to enhance the views of late evening matches.

The existing stand on the east side was completely refurbished with new seating added. This stand was originally opened in 1991 and contains around 2,700 mainly red plastic seats over eight rows.

As well as the new stand, the project constructed a new synthetic turf pitch, a standalone dog track and additional car parking, as well as substantial improvement works across the stadium, including a new boundary wall.

A team of council operatives have the pleasure of looking after the new stadium, along with a number of other sporting arenas and parks in the council area. 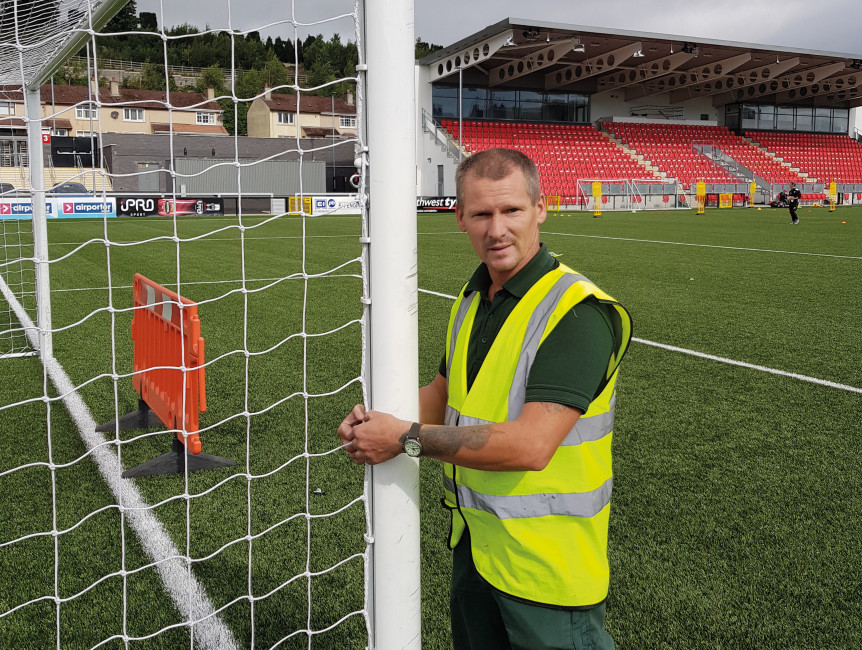 Heading up that team is Martin Parke as crew leader who has worked with the council for over twenty years.

Martin worked a number of positions, including at a bakery, before being offered the opportunity to get into the council following a government placement programme.

Martin said: "I entered the industry via a government placing after working for a period in a bakery. Later on, I attended Greenmount College in Antrim and completed the Level 3 horticulture and sportsturf management course there."

"Right now, I have access to a team of five operatives who help me look after the Brandywell Stadium and other sporting arenas within the council area. In turn, I report to the grounds maintenance supervisor," said Martin.

"We also have access to outside consultants and contractors when and if required, but this has not been necessary yet as the pitch is so new."

Being a 3G pitch it needs some special maintenance techniques to ensure a top playing surface, which is also used by the local community and stakeholders.

The new 3G FIFA pro pitch measures up at 60m by 100m, and there is also a grass pitch at the showgrounds measuring 65m by 100m. The greyhound dog racing track surrounding the pitch extends to 425m long. 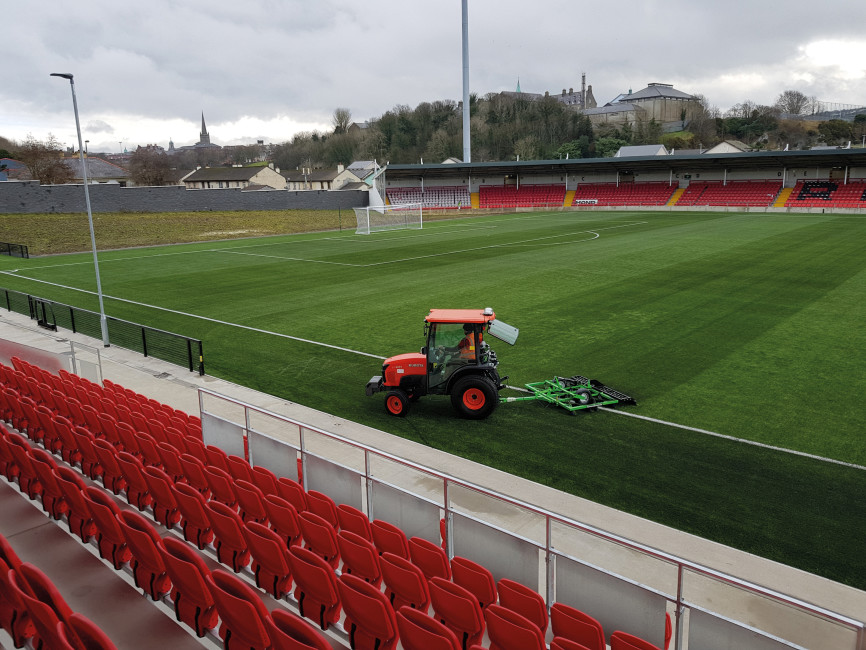 Thanks to the renovation work, the new stadium has not suffered from any particular issue arising from the weather, but Martin says that, with changing climatic patterns, this may be an issue in the future.

He added: "One end of the 3G pitch suffers from shade which prolongs clearance of frosts but, other than that, we have no real issues."

Martin adheres to a regular programme of maintenance on the 3G pitch and the grass pitch which involves some deep cleaning.

"We currently spend around four hours on the 3G pitch alone brushing and cleaning it. There is also a deep clean carried out on the pitch as required. The grass pitch is marked out and made ready for action on a weekly basis.

"An outside company related to greyhounds and racing look after the dog track," he said.

Martin and his team are trained on every aspect of pitch related works and all of them rank a good presentation as their main aim.

"We each chip in and carry out all the jobs required. No one is specified to any particular task in this crew."

"It's still early days for the new 3G pitch but, at the end of the season, we will give it an annual deep clean with the Terra Clean machine. At the same time, we will also renovate the grass pitch by topdressing with sand, deep seeding and pay close attention to the goalmouth areas." 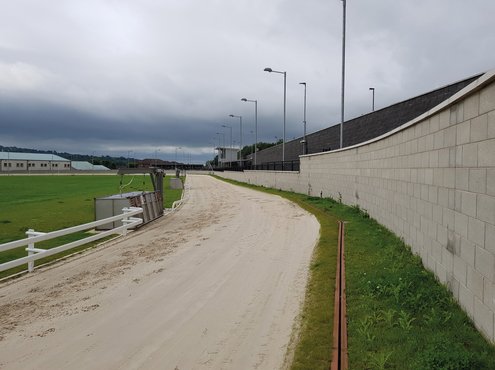 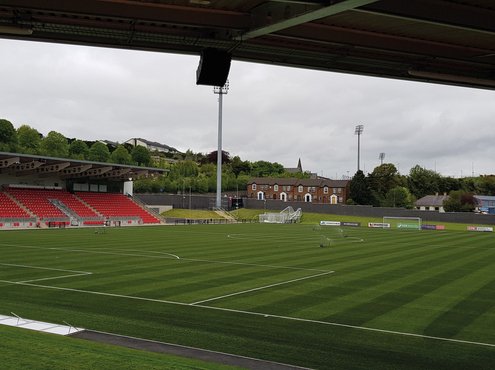 "Budgets for all this work have remained constant and is not affecting the maintenance routine," added Martin.

"The weather can be frustrating at times as the 3G requires a dry surface to enable most work to be carried out. However, this year, we have had a decent summer of weather which has allowed us good opportunity to maintain the 3G pitch and keep it clean.

"Every fifty hours, we brush the 3G pitch and carry out some dragmatting, as well as checking the nets and goal posts," he said.

All the staff with Martin participate in a number of training programmes to keep them up to date with modern practices. The council employs two health and safety officers to oversee all operations the employees carry out. In addition, most teams have their own first aiders, should they be required.

The council mostly sources its machinery via tender process and runs its own machinery workshop for continual servicing and any repairs of equipment.

Martin said: "The council purchases new machinery for its operations outright through a tender process. Those companies that can supply machinery that meets the correct specification at competitive prices are the ones that win the tenders."

"It doesn't have to be the local dealer we use much of the time; it just depends on the product specification and price. We normally carry out all the work within the council ourselves and have access to a good range of machinery to allow us to do this. We do not often use outside contractors," he added.

"There are a number of new pieces of kit that have significantly helped to improve the playing surfaces within the council such as the roller mower and the drill seeder.

"The Koro Field Topmaker is a great piece of kit but, unfortunately, demand for play is so high that it can rarely be used to best advantage at the moment. In the future, on my wish list, I would like to see a five-gang rotary mower purchased to use on the grass pitch," said Martin.

There are not many pests at play at the Brandywell Stadium and any weeds are controlled by the use of herbicides as and when required.

Martin considers that the work of groundcare teams is very undervalued and would like to see the profiles being raised somewhat.

He said: "I would like to encourage higher standards of work within the industry and have more televised coverage of what we do. This would be particularly advantageous ahead of big sporting games which would really put the spotlight on the good and essential work we all carry out," he said.