0 Breaking my arm made me better!

Ashley Bulpitt, the Head Greenkeeper at Copsewood Grange Golf Club near Coventry has a high-flying pastime - motocross. In this article, he explains how he got into the adrenaline rush sport and how breaking his arm made him a better rider. 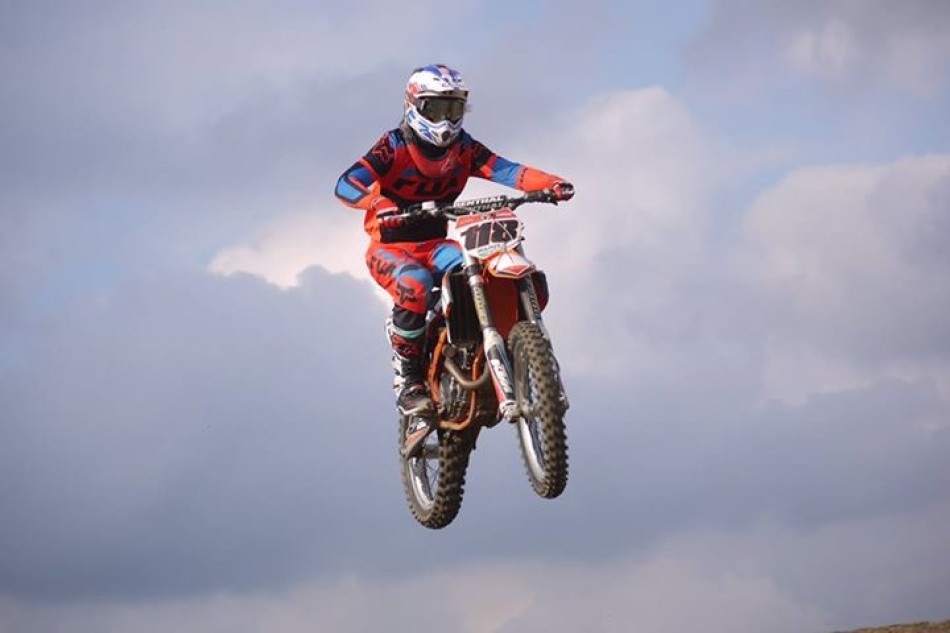 I have always had an interest in motocross from my young teens, having been to watch with friends before and seeing it on TV. My parents would never buy me a bike. I can't blame them, as it's an expensive sport and dangerous.

I didn't get my first bike until four-or-five years ago, which was just a cheap run-around. I rode with a few mates on a local field on which one could ride for free. It wasn't a track, but we built some small jumps and made it fun.

I always wanted to go faster and higher, and knew that, to do so, I would need a better bike and to go to a proper motocross track. There was only me and one other friend that wanted to do this, so we both got ourselves a newer bike and all the gear to hit the track. Our first experience of a track was nerve-wracking, as we didn't know what to expect of our own abilities. It was very daunting with all those good riders there. But, once there, we soon got into it and I knew I was hooked.

After about five months of going to the track on weekends, I wanted to take it further and get into a proper race. I had spoken to many people at the tracks and they all said how much fun it is. So, I contacted the AMCA (Amateur Motorcycle Association), which is the organisation that runs the racing. I got myself joined up with a local motocross club and got a racing licence.

My friend and I booked onto our first ever race at a track called 'Hobs Hole'. I couldn't sleep the night before, just thinking about how good it would be. We had the best day's riding ever. It was the best thing I had ever done. There were three races on the first day, in which I finished 21st, 9th and 10th, respectively. This meant 8th-place of 29. I was chuffed! That was the start of it all. 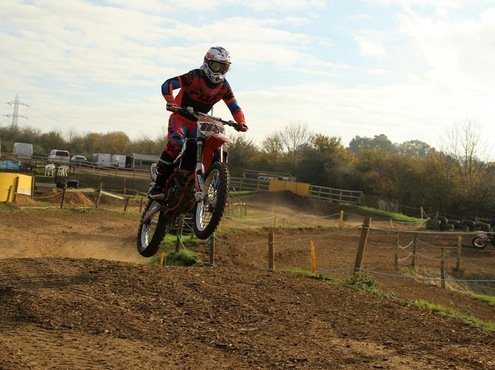 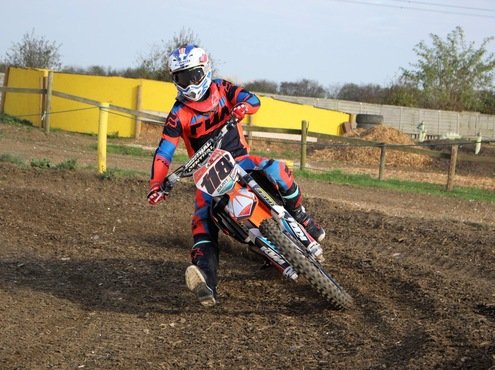 Since that first 2015 race, I kept practising as much as possible on most Wednesdays and Sundays. I had some highs, but also a few lows in the sport. In 2016, I was going very well on the bike and was full of confidence heading into the race season - too much, as it happened. I suffered two separate broken arms early in the year, just five weeks apart. These were whilst practising, where I got it slightly wrong on two occasions and ended up in the dirt, shortly followed by the hospital.

I was off the bike for four months as, although I was fortunate and could still work during this time, I couldn't help but think maybe next time I wouldn't be so lucky. I gave it some thought and decided to give it a shot. I wasn't very confident, but the adrenaline was still pumping through me and I knew I just couldn't give it up. It's a drug; an addiction that is hard to explain to those who haven't experience it.

It took some time to get my fitness back, but I got there and I think having the crashes made me a better rider. As I wasn't trying to go fast anymore, I was smoother. This showed, as I won my first race towards the end of the year, shortly followed by another four wins and taking home two trophies for overall wins!

The start of the 2017 season wasn't a good one either, as my bike broke, and the repair took months. I know a little about repairs and maintenance on the bikes and do as much as my knowledge will allow me. I use a good friend for my repairs. They have a shop in Coventry and have helped me out many times (shout-out to Daz at 'Bike Bits'!).

This issue stumped us all, though, and in it had to go to a main dealer. Even they struggled. It was a costly repair, but necessary. I managed to race once after that, but I just didn't have the fitness to get amongst the winners. Nevertheless, I thoroughly enjoyed myself.

It's hard to describe the feeling of motocross racing, but I can say this much: once that helmet goes on, it's a fun-filled adrenaline rush the entire time. There's no better feeling than pulling off a big jump for the first time, nor like getting around a corner perfectly with the bike parallel to the ground. Nor, indeed, speeding into the first corner amongst thirty-one other riders. 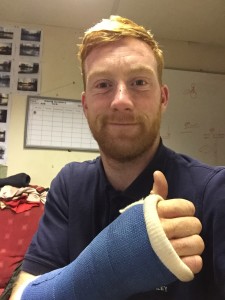 So many people have the wrong opinion on motocross as, these days, they tend to see balaclava-covered criminals, who steal them and ride around causing a nuisance. It is completely the opposite of what people think. The track is a community where everybody is friendly and helpful to one-another, and all they want to do is have fun. It's a time-consuming and expensive sport, but I have made close friends through it. We meet every week and have a great day, and it's very frustrating that a few try to spoil it.

I can't wait for this year's racing season, as I have just treated myself to an awesome new bike. Just like when at work, I only wish this wet weather would end, so we can race and get the trophy cabinet filled up.

I hope to continue for as long as my body will allow me - and whilst I'm still a single lad who doesn't have to worry about being nagged when I arrive home with my arm in a cast.