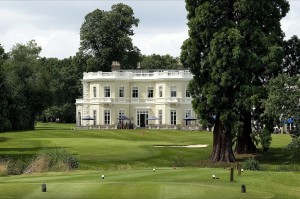 The event, staged on Burhill's prestigious New Course, marked the first time for a shot taken on a professional tour to be tracked electronically from tee to complete rest.

While equipment has been developed to track the trajectory of the ball off a tee, until now, nothing further had been designed for analysing the effects of spin once the ball hits the ground.

However the latest technology from FlightScope, which set up its latest system on the par-3 closing hole during the tournament, is able to track 'bounce and roll' on the green and combine it with data from the tee to show the ball's entire motion of the shot.

With more than 150 tour professionals taking part in the annual tournament at Burhill Golf Club - part of BGL Golf, the UK's leading golf course owner and operator - the venue proved the perfect opportunity for FlightScope to test its groundbreaking tracking system.

Stephen Parry, FlightScope director, said: "Burhill Golf Club and the EuroPro Tour will forever be synonymous with this technology since it is a world first.

"Burhill Golf Club has been incredibly supportive and it has been a pleasure to work with the team there. Nothing proved too much trouble for them, enabling us to do our job efficiently and discretely to avoid disturbing the players."

"Following the success of the event at Burhill, the system is in development for worldwide use in 2014."

The tournament was won by Richard Wallis, who won by seven strokes following an impressive score of 65 on the final day, narrowly missing out on sharing the course record with previous winner Billy Fowles, who carded a 64 en route to victory in 2012.

David Cook, Burhill Golf Club General Manager, commented: "We're always pleased to host the EuroPro Tour, this is the fifth consecutive year we've staged this event and it's rewarding to now also be involved in the development of new technology that will change the shape of the game."