by External source
in Conservation & Ecology
on 29 Dec 2016

0 Butterflies and bees struggling after a decade of unsettled summers 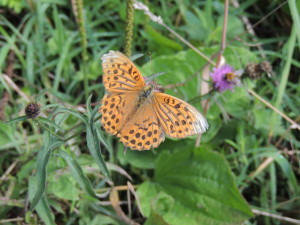 Butterfly and bee numbers are plummeting because Britain has not had a good summer since 2006, the National Trust has said following its annual review of its estates.

A decade of unsettled weather, with 'pulses' of extremely wet conditions in June, July and August has led to a boom in grass growth which has squeezed out the natural wildflower habitats required by insects to survive.

Bumblebee numbers on the Trust's Somerset estate of Lytes Cary have fallen by 85 percent since last year while at Purbeck in Dorset, meadow butterfly populations declined by 73 percent.

However the weather has been good news for fruit crops, with cider producers claiming that the mild autumn produced apples which were sweeter and juicier than usual.

"There may be some sore heads in Somerset this winter," said Rachel Brewer of Barrington Court orchards in Somerset, which grows 90 varieties of apples.

"Sweet apples means that our cider will be strong. The apple juice this year is some of the best we've ever made."

Farmers have also been rewarded with a bumper year for livestock grazing, haymaking and silage while the long growing season has benefitted damsons, acorns and hazelnuts.

It is the tenth year that the National Trust has conducted its annual review, to find out how wildlife and farming is being affected by changing weather patterns at its estates.

In the past decade experts have noticed that winters are becoming milder and summers wetter, which is having a devastating effect on warmth-loving insects, their bird and bat predators, and many low-growing plants.

"Really all summers since 2006 have been damaged by significant spells of inclement weather, and much of the best weather has been restricted to some parts of the UK. The best, most reliable month has been September, which is rather too late in the year.