Cambridge United Football Club has revealed plans to build a new 12,000-capacity stadium in the east of the city. 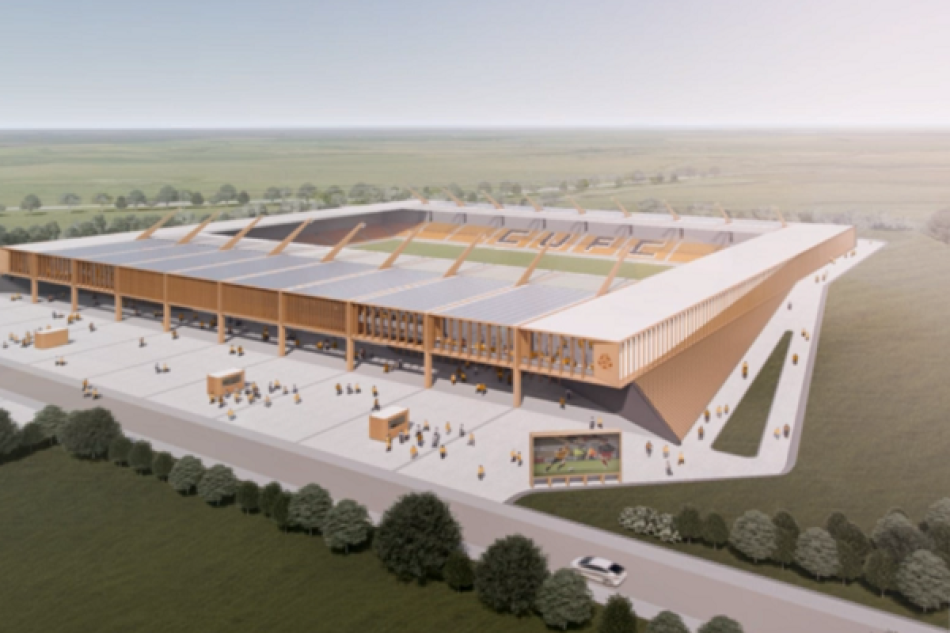 The club is working with property consultancy Stace - which worked on the development of Tottenham Hotspur's new stadium - and with architects KSS on proposals to build the venue on a site near to junction 35 on the A14.

The club wants to build a "sustainable design for a sustainable location", with multi-use purposes beyond the ability to host football matches. It wants a venue in which it can organise concerts, conferences, extended community activities as well as establish a medical centre.

Plans also include to build in flexibility so the initial 12,000 capacity can be extended if needed.

"The scheme remains in its early stages, would be located on greenbelt land and plans for funding the development of the stadium are not arranged," the club said in a statement.

"However the scheme has a number of factors in its favour and primarily fits within wider plans to improve transport across the city of Cambridge, including the introduction of a new metro system that would see both the stadium and a re-located Park and Ride station as a key destination for a Cambridge east line."