by Charmian Robson
in Machinery & Mechanics, Renovations & New Builds, and Football
on 28 Jun 2018 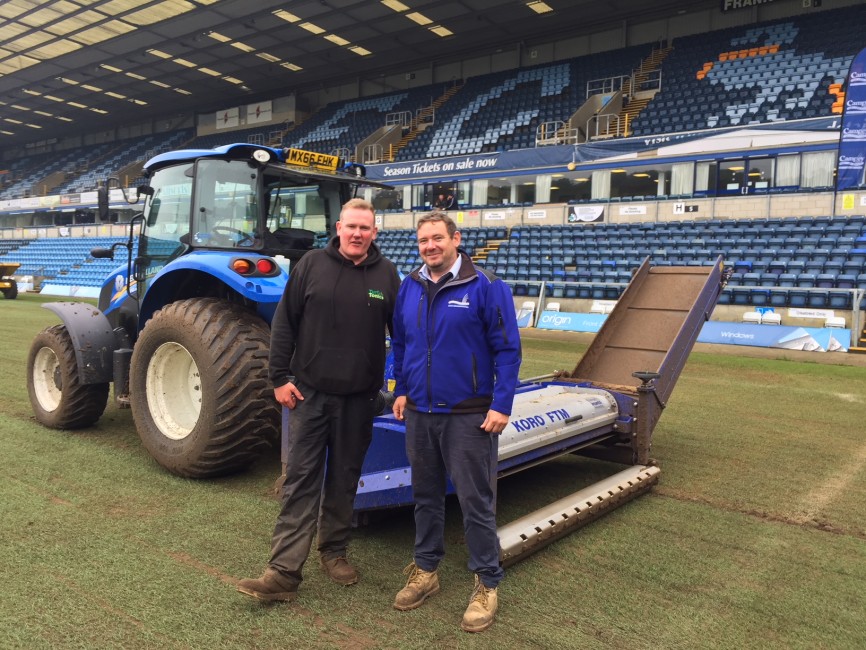 The Buckinghamshire club enjoyed success on two fronts on the pitch during the 2017/18 season, not only achieving automatic promotion to League One but also scooping the League Two Grounds Team of the Year for the work conducted by Turf Tonics, led by full-time groundsman Sean Woodley.

Preparations are now underway for the Chairboys' first campaign back in League One since the 2011/12 season, with the playing surface playing an integral part to the team's aspirations of another successful year, as Wycombe Wanderers general manager Michael Davies explains:

"We aspire to have a pitch which complements the football team rather than inhibits them, and it worked extremely well for us last season. Naturally, the players and the management staff request the best possible pitch that we can provide with the resources available to us, and our long-standing partnership with Turf Tonics enables us to meet those requirements with an outstanding surface.

"It's testament to Turf Tonics and their hard work, expertise and dedication that we won the League Two Grounds Team of the Year award. It's a phenomenal achievement and it is something we will be striving for again in League One."

"Last season we staged 50 games on the pitch, including 28 of our own in league and cup fixtures, plus Reading Ladies and Reading Under 23s matches as well as tournaments after the season had finished."

"Our club president, Ivor Beeks, is effectively the custodian of the pitch and carefully manages its usage and availability to ensure it remains in the best possible condition. The pitch is a highly sought-after commodity, and we receive many requests for private hire for matches or commercial use, but football comes first and it's vital that we strike the right balance," he added. Bringing in additional income via third party pitch usage is important to the club, and whilst it's clear that they respect the limits of the surface, the recent success has led to expectation and for Steve Gardner, a managing partner of Turf Tonics, a successful first in-house renovation is vital for the club's financial and football plans.

"We've seen the renovations Premier Pitches have done at Adams Park in the last two seasons and they used what I'd regard as the industry standard machines by Campey," he said.

"Because it was our first in-house renovation, it was important to us that we used the best equipment and Ben Taylor at Campey has really helped us out. We used their new 1.6-meter Koro FTM with Universe Rotor because it's a Desso Grassmaster pitch and that went one direction across the pitch yesterday and took a majority of the top off.

"We also used Campey's Raycam TB 220 brush, Raycam Speedresser and Raycam Aeraseeder to complete the rest of the work. Our first game is on 14th July we're making excellent progress to be able to provide the highest quality of surface for the season ahead."

As part of the renovation, groundsmen were invited to attend and view the machines in action to gain the first-hand experience of best practice and learn more about renovating a hybrid pitch as they continue to grow in popularity throughout all professional tiers of football and rugby.