A Carrickfergus student has become the first in Northern Ireland to be awarded an R&A Greenkeeping Scholarship. 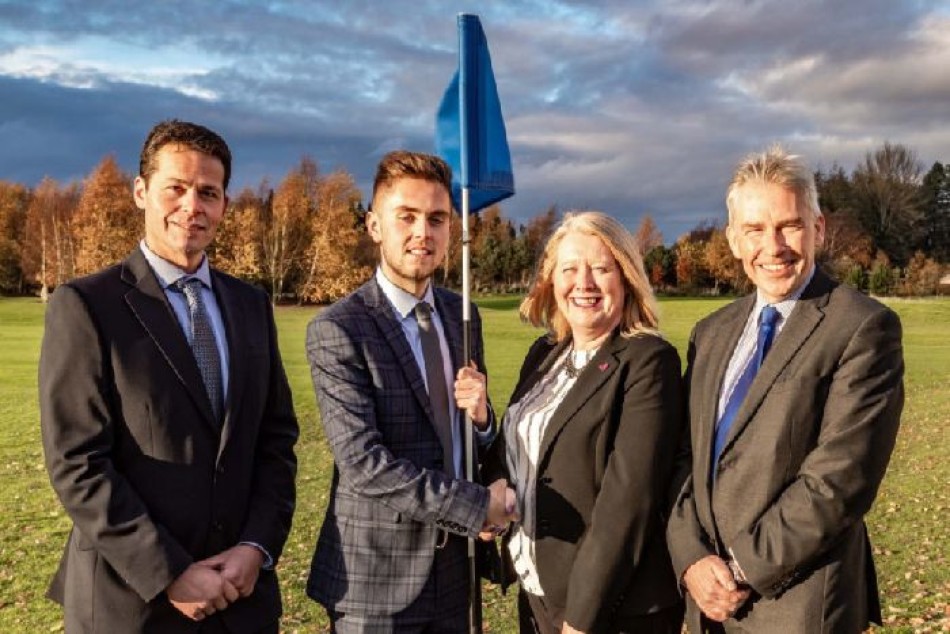 Callum Burnside is currently undertaking a two-year foundation degree in Horticulture (Sportsturf) at the Greenmount campus of the College of Agriculture, Food & Rural Enterprise (CAFRE)

The R&A Greenkeeping Scholarship Programme was established in 2004 to help boost the careers of those undertaking higher level greenkeeping and sportsturf qualifications. CAFRE is the newest addition to the approved educational establishments participating in the programme, joining Scotland's Rural College (Elmwood Campus) and Myerscough College in England.

Callum joins more than over 320 scholars worldwide across 30 different countries. He was previously awarded the Golf Union of Ireland cadetship in 2017. This involved mastering greenkeeping skills and achieving a work-based Level 2 Diploma in Greenkeeping while undertaking duties at the Greenmount's Greenkeeping and Golfing Academy.

Wendy Cole, manager of Sustainability at the R&A, said: "Our rigorous application and interview process ensures that only the best candidates are chosen to be R&A Greenkeeping Scholars. Callum demonstrated his passion and commitment to the sportsturf industry admirably and I am delighted that he is our first Greenkeeping Scholar from CAFRE and indeed Northern Ireland.

"We hope to further develop our links with CAFRE moving forward and hopefully we will see more scholars being appointed."

Paul Mooney, head of Horticulture at Greenmount, said: "With just months before The Open returns to Royal Portrush in July there has never been a better time to consider a career in greenkeeping."

For the full article visit: www.carrickfergustimes.co.uk