by Jane Carley
in Equestrian and People
on 22 Jan 2016 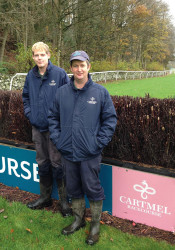 Petite track dimensions make preparing ground for an expanding and increasingly popular fixture list at Cartmel a challenge, but Head Groundsman Gary Sharp and his team use their ingenuity to make the best of it

Cartmel Racecourse is a firm favourite with locals and holidaymakers due to its scenic location on the Holker Estate in Cumbria, and improvements to the track over the last decade have seen trainers flocking from far and wide to run their horses at the summer jumping course.

Established as a racecourse in 1856, Cartmel is to hold nine days' racing in 2016, with fixtures two days a month from May to August.

The season kicks off at the Whitsun Bank Holiday with three meetings in five days. Flagship races include the The Oakmere Homes Hurdle in June, the Totepool Cumbria Crystal Cup in July, and the Cartmel Cup in August.

A new ladies' race, with a £5000 diamond pendant for the winning rider, proved one of the most competitive races of the year.

"We have seen a considerable increase in runners as trainers have become more confident in the quality of the racing surface. This year, we welcomed more runners than ever before - and the highest rated runners we've ever had too," confirms Head Groundsman Gary Sharp.

A major challenge for Gary and his team is the nature of the track itself - at just a mile round with six chase fences (the shortest jumps race distance is two miles), repeated pounding by the horses' hooves takes its toll, whilst racegoers spectate from the centre of the course, which is bisected by the finishing straight. 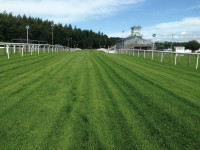 Combined with the wet climate of Cumbria - in 2012 some sixty inches of rain fell at Cartmel - this means that turf damage in soft ground conditions made putting the track back for the second day of a two-day meeting very difficult.

"The track has always been very narrow with tight bends, so we looked for a way to give us a bit more room," explains Gary. "We built some ground up on the inside of the Roadside Straight, over a period of three years, and topdressed it with soil in autumn 2014 and again in spring 2015."

Leading into the season, Gary added extra fertiliser and incorporated the new area into the routine groundcare regime before it came into use this summer.

The development widened the track by more than fifty percent for over a furlong, giving more flexibility of layout and offering a potential new hurdle site.

"In wet conditions, we would sometimes have to take a hurdle out, but now we can move it," explains Gary. "The process was so gradual that it was hardly noticeable - there were no comments by jockeys on the 'new' ground!"

He adds: "When you walk it after racing, the hoofprints on the new ground are virtually identical to those on the original track."

Another development was to create a dedicated washdown area off the track. "Stable lads would always wash horses off after the race on the track, which created a wet patch on the turf," explains Gary. "With some sixty horses per meeting, this could become a serious issue."

A space was cleared between the workshop and the parade ring and fenced off for unsaddling. In addition to a washdown hose and water butts, the racecourse has invested in water-droplet fans to help cool horses in hot conditions and improve welfare. The fans are located in a marquee to maximise cooling effect and stable staff have access to the area before and after the race.

Planning for the following season's racing starts as soon as racing ends. "We aim to get the track ready ahead of winter and take advantage of good autumn weather by putting the track back, and taking care of decompaction, overseeding and feeding the turf," says Gary.

Contractors come in after each race-day to repair divots using pre-germinated seed in a soil mix, which comes up in less than a week giving the best possible recovery. At our August meeting in this year, the track looked as good as it did at the start of the season," comments Gary.

Winter is taken up with repairs and maintenance, with two new fences to be built this year and hurdles to be tidied up.

Rail and other course equipment is put away for the winter so, in March and April, there is the task of setting the course out again.

Granular fertiliser products are used to feed the sward, with Gary kicking off the programme in May, followed by slow release products in June/July which carry through to August.

The irrigation system, which comprises two tow lines and a Briggs turf gun, is relatively easy to operate on the one mile round track, taking Gary and his assistant Martyn Fogg ten hours to complete. "But, as there are only the two of us working full time at the course, it is the only thing that we can do that day!" he points out.

Some new pop-ups have been added this year to complement the main system.

A John Deere 1600T wide area mower is said by Gary to be a major step forward in mowing output, and it is out every other day in the season. 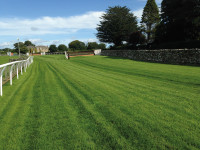 "It cuts a lot of grass in a very short space of time. I cut right down to two inches outside the season to give the new seeds a chance to grow through, gradually increasing to the optimum height for racing," he explains.

He cites the racecourse's good relationship with John Deere dealer Henry Armer and Son as another bonus, and admits that a bigger John Deere tractor would be one item on his 'bucket list'.

Gary comments that, whilst 2015 has provided ideal growing conditions with wet nights and mild days, keeping ahead of the weather is a constant battle. "We had to dig out part of the course after the extreme weather in 2012," he comments. "Sand slits were added under the area that we excavated next to the vehicle crossing to encourage water movement, which has worked very well. We have seen improved root growth, root depth and turf quality."

A similar approach has been taken on the widened track section this winter and, after 190mm of rain in November, Gary reports that there was no standing water on the track.

One recent machinery investment has also proved a valuable ally against the elements. "We swapped our Verti-Drain for an Imants Shockwave, mainly because it was a better match for our tractor, but it has been invaluable," comments Gary.

The machine is used in alternate directions as an end of season decompaction treatment, using the offset rotating blades to push the turf and topsoil sideways.

In wet conditions it aids drainage, allowing rainwater to get away, while on dry ground it has a crumbling effect on the sub-soil, improving root growth and root depth.

"Last summer, we used it to tackle an issue where rain on a raceday morning fell on good to firm ground and made the bends slippy. Just putting the Shockwave in the ground to about 108mm made a significant difference."

Another additional application was to decompact a car park which is also used as a football and cricket pitch - after 33mm of rain there was no standing water. "The Shockwave has paid for itself already," he says. 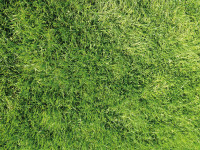 Modern seed breeding technology is another tool in the armoury, with a specific equestrian mix used for overseeding. "It does exactly what is needed, with quick germination and we have 95% coverage of grass," points out Gary.

BAR SOS was used over the sand slits and he reports that they have recovered very well, which helps with consistency.

With such a small full time team, contractors and casuals are vital for successful racedays and preparations, Gary comments. "Most of the time it is just Martyn and myself but, from April, local contractors, farmers and our friends are on hand, and we couldn't do it without them," he says.

"At the May meeting, we race three times in five days, so it is a team effort to get the track back in between. On a raceday the whole track is visible to the crowd, so we need to be able to react to any incidents very quickly and it just wouldn't be possible without our brilliant team."