0 Chaos after unidentified bones found under football pitch in Ossett

Chaos after unidentified bones found under football pitch in Ossett. 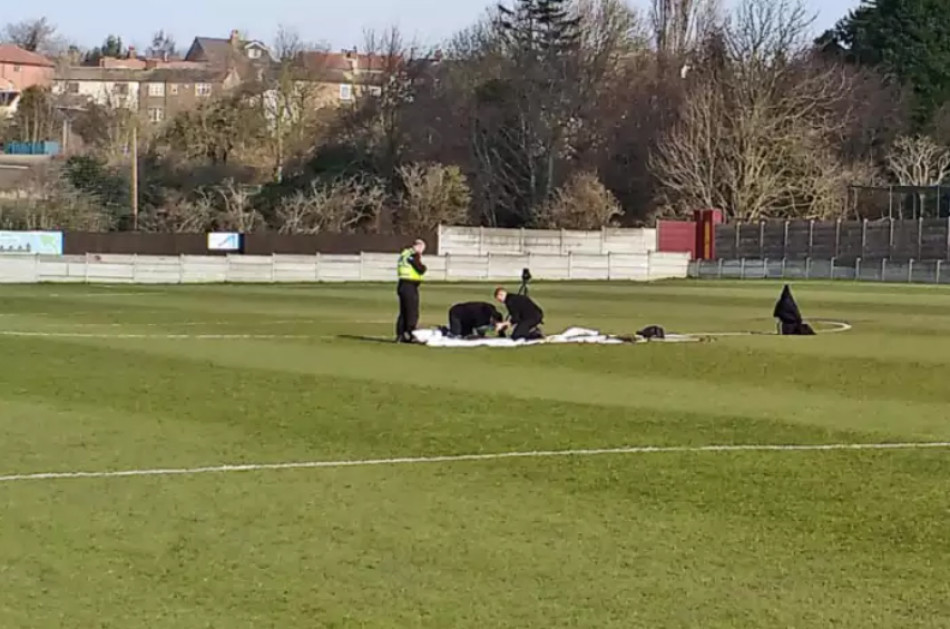 The remains were found underneath Ossett Albion's Dimplewells pitch on Tuesday, as work was being carried out in preparation of the club merging with Ossett Town to form Ossett United.

And the discovery caused chaos, with one game being cancelled and police and forensic teams being called out to the scene. But, after initial tests, it was determined that they were fox bones and not human.

Phil Smith, chief executive at Ossett Albion, said: "I was thinking that someone had buried someone under our pitch."

The bones were found during ground testing which was being carried out as part of plans for a new 3G pitch being laid at the site.

The new pitch will become a training ground and will also be used by junior and ladies teams when the United merger goes ahead.

Workmen had taken a sample of grass and mud to see what lay one metre beneath it. But when the turf was lifted, the remains were revealed. Mr Smith said police were alerted to the discovery and the area was taped off early in the evening on Tuesday.

Investigations on Wednesday morning determined the bones were animal remains.

Mr Smith said: "There was uncertainty over what type the bones were. There was a shoe at the end of the longest bone.

"It turned out the remains were from a fox. The pitch is stood on what used to be a Victorian tipping ground. There's all sorts under it."

"It was just a sheer coincidence that a fox died next to a shoe some 50 years ago."

You can read the original article from the Wakefield Express HERE