We should always celebrate when grassroots sport takes an upswing. It's set to do just that in Worcester where an historic, though long-neglected, cricket ground has been brought back from the brink. 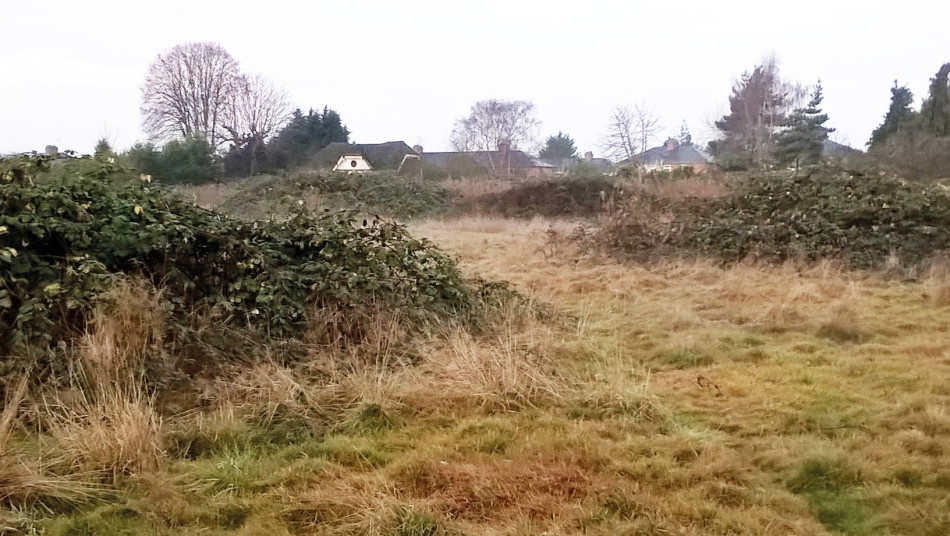 The city is addressing its dearth of cricket provision by enabling a once-proud venue to return to full functionality. The Cinderella Sports Ground had been left for nearly fifteen years to moulder and had begun to revert back to nature. Thick masses of brambles had overtaken the site and trees had sprung up in what had been the cricket square and outfield.

The home of Worcestershire County Cricket Club in the 19th century before the move to New Road, Cinderella ground had seen the great W G Grace play here in 1870, when aged just twenty, before hosting the first Australian touring side in 1878 - surely heritage worthy enough to warrant resurrecting the venue for its original purpose.

The sporting function had persisted though, as a sports and social club, which included bowls and tennis for company employees, until the works shut in the early 2000s and a developer acquired the site and erected housing where the factory had stood.

But the council had shielded the sporting area from development and it stayed untended as nature engulfed a ground once renowned for the quality of its cricket playing surfaces. 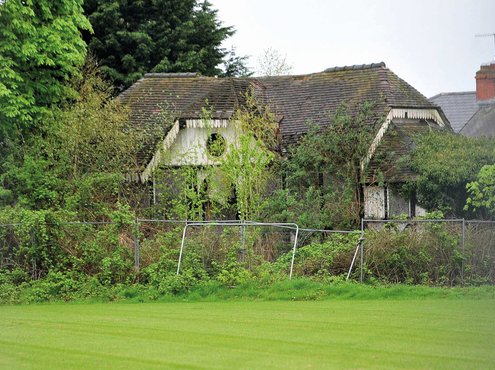 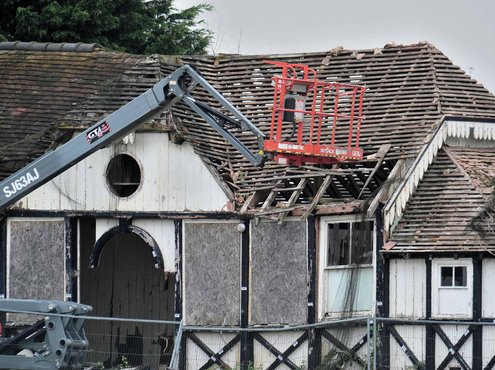 Then, in September 2013, the council granted planning permission for a makeover, discussing with development partner Heart of Worcestershire College ways to finance the scheme.

Sport England's £50,000 and Worcester City Council's £65,000 pump-primed the project, as did cash from the college and that from private developers.

The council jointly refurbished the sportsground with the college, which has taken responsibility for the site under a sub-lease.

With such strong links with the Cinderella Sports Ground, Worcestershire Cricket had been actively involved in the project for several years, helping secure a £35,000 grant from the England and Wales Cricket Board towards the total project cost of £365,000.

"Cricket seems to be stabilising in the city," said Worcestershire Cricket Development Director Tom Hill when project-go-ahead was announced. "We know we have a shortage in the city area of three pitches at peak times. This should fill one of those gaps."

Bringing the Cinderella ground back to life was "a great opportunity to get a new cricket pitch back in the middle of the city and those opportunities don't come up very often nationally, let alone in the county." 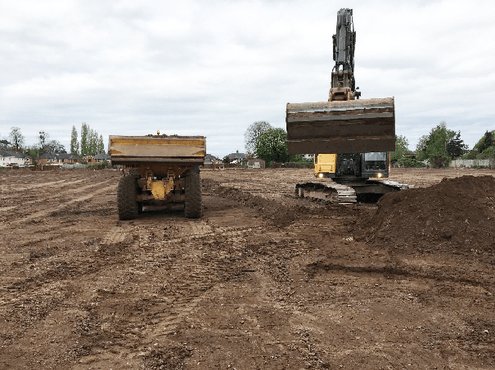 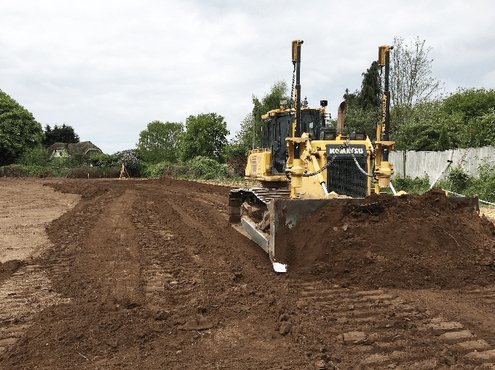 "Once a cricket club goes, generally the site tends to go," he added. "A new lease of life and new energy on the site will create more opportunities for more people."

Worcestershire Cricket is using the Cinderella ground for some of its junior games in the county age group and district programme, and is eyeing opportunities to involve its 104 affiliated clubs in the county and in Dudley.

Worcester Dominies and Guild Cricket Club have returned to the site in a groundshare with St Johns Colts Cricket Club, for example, after outgrowing their existing home.

Now ready for action after two years of preparing the square, the ground is the new home of Rushwick Cricket Club, whose thirds side faced Barnards Green thirds in its first fixture in May. College students are to play here too, as are other local sports clubs and interested organisations.

"Cricket was the driver for the project," says Richard Savory, managing director of Raise Partnership, the consultancy that worked with the city council and stakeholders to project manage the scheme.

What has arisen from the wilderness is a ten-strip square, with full outfield (practice nets are planned), two full-size football pitches and two junior playing areas, one at each end of the square. 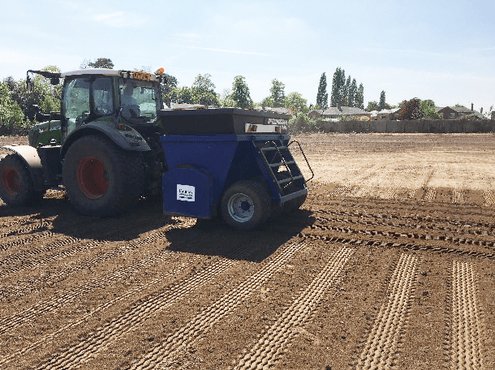 Local community use is planned and Heart of Worcestershire College (HOW) students will use it as a base for the English College Football League.

The original ornate 19th century timber-framed pavilion has been dismantled and moved to Avoncroft Museum of Historic Buildings near Bromsgrove, the first open air museum in England, where it will be restored and rebuilt.

Its multi-use replacement, complete with two changing rooms, will be fitted out by HOW College this academic year under their Level 1-3 construction students.

With funding in place, the Cinderella project moved to the next stage as turfcare consultancy STRI was called in to conduct a feasibility study for the site.

"Our brief was to bring the venue back to what it once was - a cricket square and outfield," says Gordon Howat, Senior Projects Manager for STRI. "We assessed the site in 2016 and, by that time, bushes had sprung up across the ground, some up to six feet tall. Nature was taking control."

"This was a classic design and specification for cricket facilities constructed to industry standards, with STRI project managing the job to ensure quality assurance," adds Gordon. 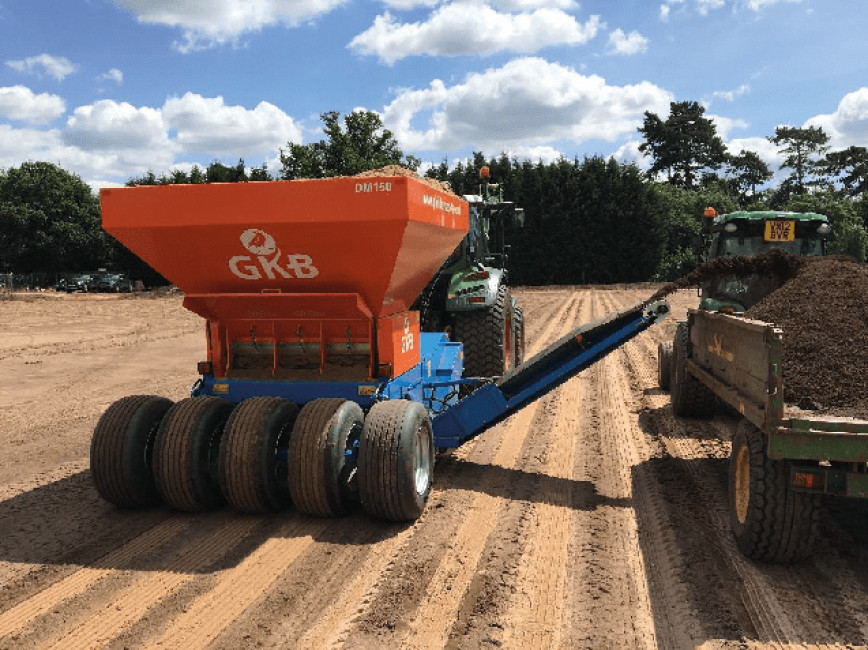 After winning the competitive tendering contract for the work from Worcester City Council, local sports contractor Phil Day Sports (PDS) moved on to the ground in March 2017 for what would be a four-month timeline to create surfaces fit to stage league cricket and football.

'Passionate about turf', PDS has turned a played-out venue into playing surfaces "to rank with a regional, middle-tier cricket club", says director Toby Grace, who oversaw the work and whose other turfcare commitments include renovating West Bromwich Albion's training ground and Worcester and Gloucester rugby clubs' training pitches.

"Synthetic turf is wonderful for what it is, as are hybrid surfaces, but we love natural turf and, properly maintained, it can withstand prolonged use, as the Cinderella Sports Ground is expected to attract."

After clearing the site and spraying off, PDS desiccated the sward and stripped off the topsoil, removing the old tennis courts and bowling green.

Level adjustments followed, with grading of the exposed subsoil to create the formation layer of the new cricket pitch and cricket outfield platforms.

The graded subsoil was then sub-soiled to relieve compaction.

The 33m by 23m cricket square was set out at the centre of the cricket outfield area. A geotextile membrane was laid over, followed by 100mm deep 2/6mm diameter gravel layer, a 100mm layer of indigenous topsoil and finished with a 100mm depth of Boughton cricket loam. Final seed bed preparation and application of pre-seeding fertiliser preceded sowing the square. 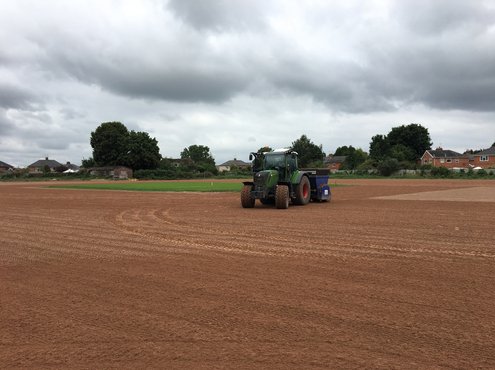 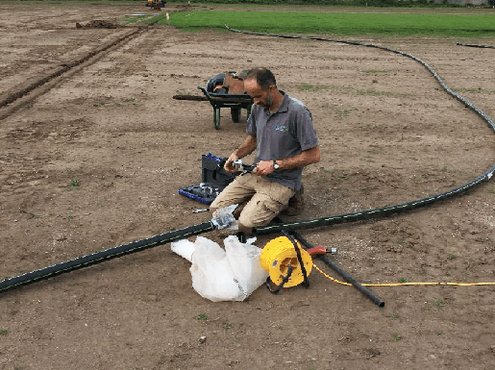 Confirmation that the formation was suitable for spreading topsoil was followed by replacement of the preserved topsoil over the graded platform and associated embankment to a minimum consolidated depth of 180mm.

A 100mm diameter ring main drain went in around the cricket square and connected to the outfield system.

Cultivation and seedbed preparation were the next phases of the project, relieving compaction and removing stones greater than 25mm during the cultivation work - followed by trimming the surface levels to tolerances.

"We used a laser grader for achieving final levels, which vary within only 10mm across the site," Toby confirms.

"Everything was executed well and was a trouble-free project," adds Toby.

"Included in the scheme were four irrigation points, one at each corner of the square, with provision to include pop-ups at a later date if the council wishes." 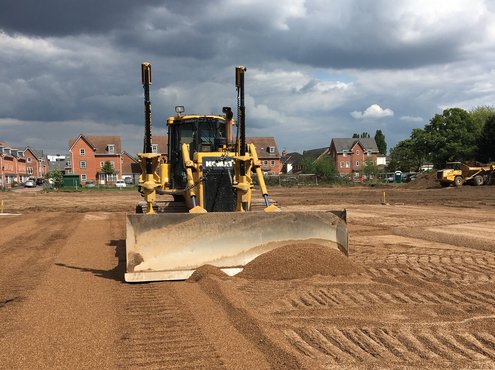 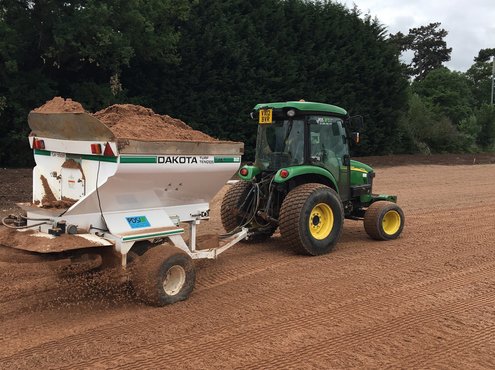 In the interim period, when the decision about who will maintain the ground is still pending, PDS has been undertaking a summer maintenance programme.

"We prepared the square and outfield for the first fixture on 18th May," Toby notes, "mowing the square using a Lloyds Paladin 24in, then undertaking light verti-cutting with a Sabo pedestrian unit."

"Application of a 11:5:5 mini granular fertiliser and selective weed control using a Team pedestrian sprayer followed. Pre-season rolling and marking out completed our work on the square."

"In the outfield, we used a calibrated broadcast spreader to apply a slow-release granular fertiliser," Toby explains, "a 18(4):3.5:8+1MgO and trace elements. We followed that by applying selective weed control using GPS-guided low ground pressure equipment."

"Using a Vredo 222 series, we overseeded with ProMaster 81 at 25g/m2 and deep aerated with a verti-drain fitted with 25mm diameter solid tines, using a Charterhouse 7626 machine."

From May to September, PDS continued to maintain the square and outfield, mowing the square with the Paladin 24in, light verti-cutting using the Sabo unit and applying granular fertiliser as required.

"We've undertaken some repairs to strip ends and overseeded with our special cricket mix where needed," Toby adds, "with rolling, marking out and watering as required. The outfield has been mowed and rolled with a Trimax Sriker also through the season." 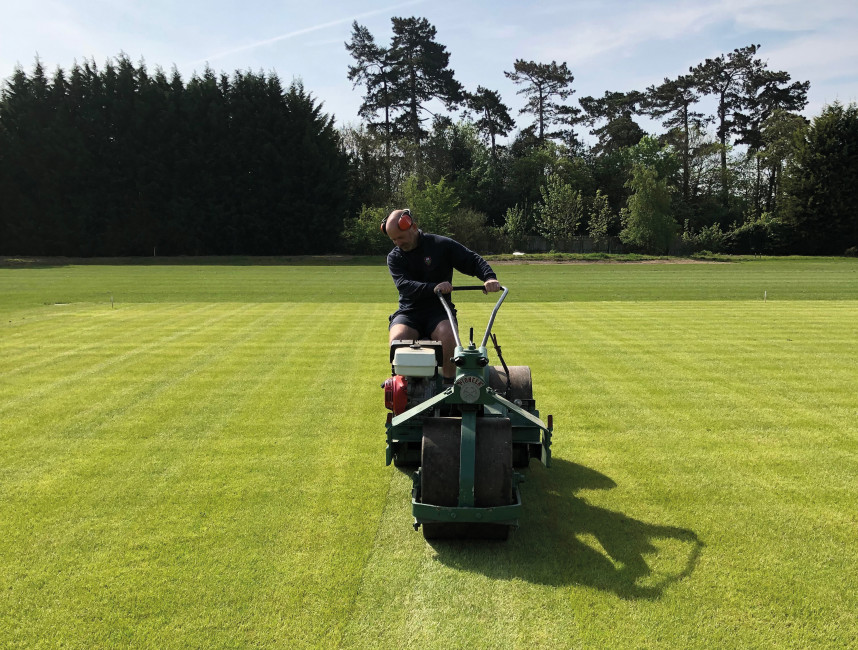 Andy Price, curriculum director at the HOW College, is coordinating activity at the ground. "Our reason for involvement in the Cinderella ground is under our strategy of trying to promote more sports participation among younger people, particularly up to eighteen years olds," he says. "The idea was to attract a local cricket club and a local football club to use the ground as their base and to run junior sessions and league fixtures there."

"Rushwick Cricket Club has played its first game at the ground and, by the end of the season, the third eleven will have played up to seven more there."

"This is the first season of play so it's been low key," he adds. "The square is highly specified and it is vital that the ground is kept up to standard."

Rushwick's feedback on the surfaces' performance this year will largely shape the fixtures programme at Cinderella in 2020. "The club posted positive reports about the playing quality, helped by a spell of really good weather, and are considering using the ground for all their second and third eleven fixtures, so that's good news," Andy says. "However, the square will need two or three seasons to bed in before first team cricket can be considered."

As of August, there were no plans for football to kick off the 2019/2020 season, he continues. "The football pitches will be trialled through the winter and then we can decide if football can start to be played there from 2020/2021," Andy explains. 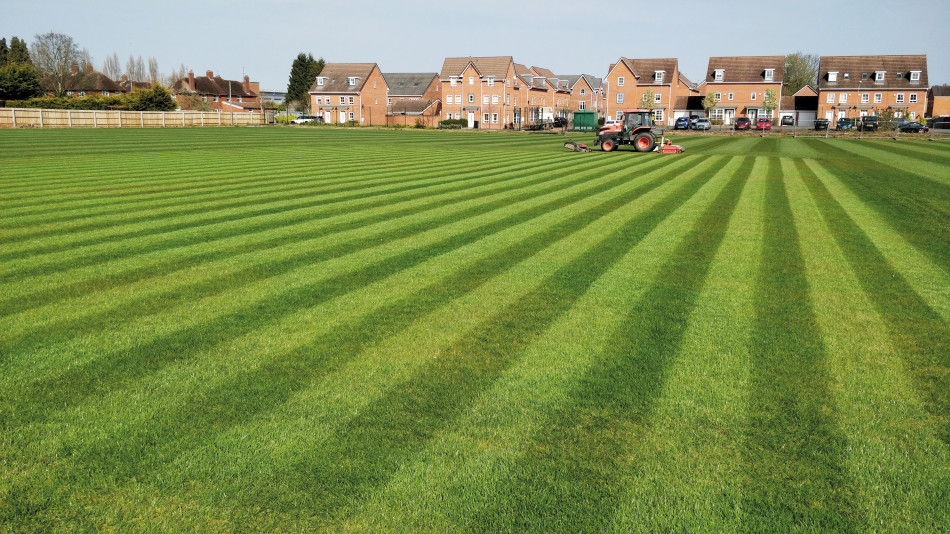 Maintenance of the ground will fall on the football and cricket clubs that will be based here. "It'll be a joint partnership between the college and the clubs, but we are ensuring that all necessary weeding, feeding and maintenance of the ground perimeter is kept up, delivered by Phil Day Sports, until the agreements are in place, when the grounds maintenance contract will go out to competitive tender via Heart of Worcestershire College."

Sport and leisure facilities are being developed across the city and beyond under a strategy of health and wellbeing. HOW College is already actively involved with helping boost participation among the young.

"We stage our football academy at the Perdiswell ground, which includes five football natural pitches and one for rugby," Andy says, "along with training during the week." The extra pitches bolstered the existing two 7-a-side football pitches and synthetic playing surface. 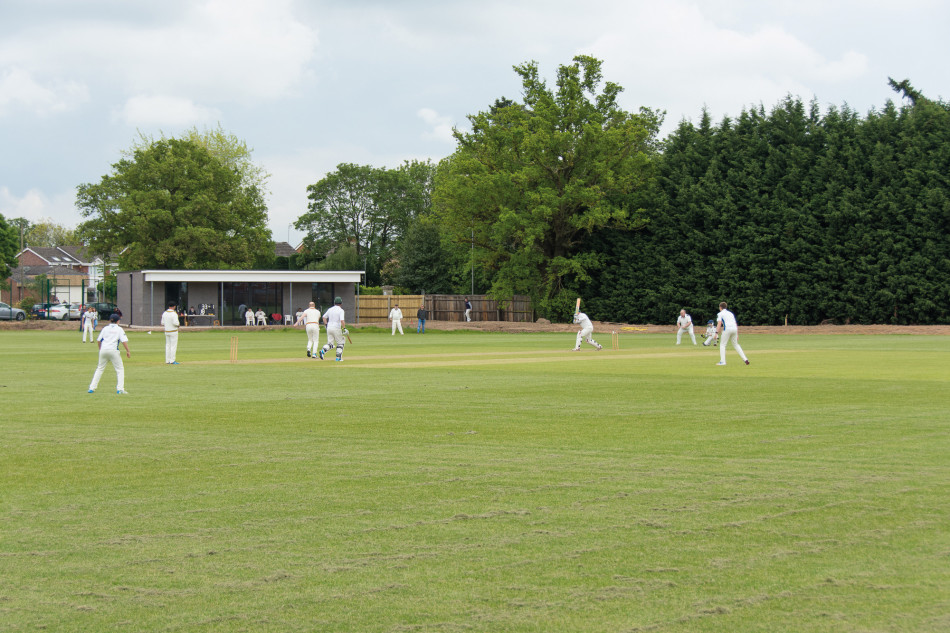