by Mark Sanderson
in Drainage & Irrigation, Technical, and Golf
on 16 Aug 2017

For a golf course just yards from the English Channel and bordered by Canute Road, you could be forgiven for thinking that the major objective would be keeping water out. But situated in the driest corner of England, and having just experienced the most severe drought season, Royal Cinque Ports' Course Manager, James Bledge, is committed to making better use of his available water resource. 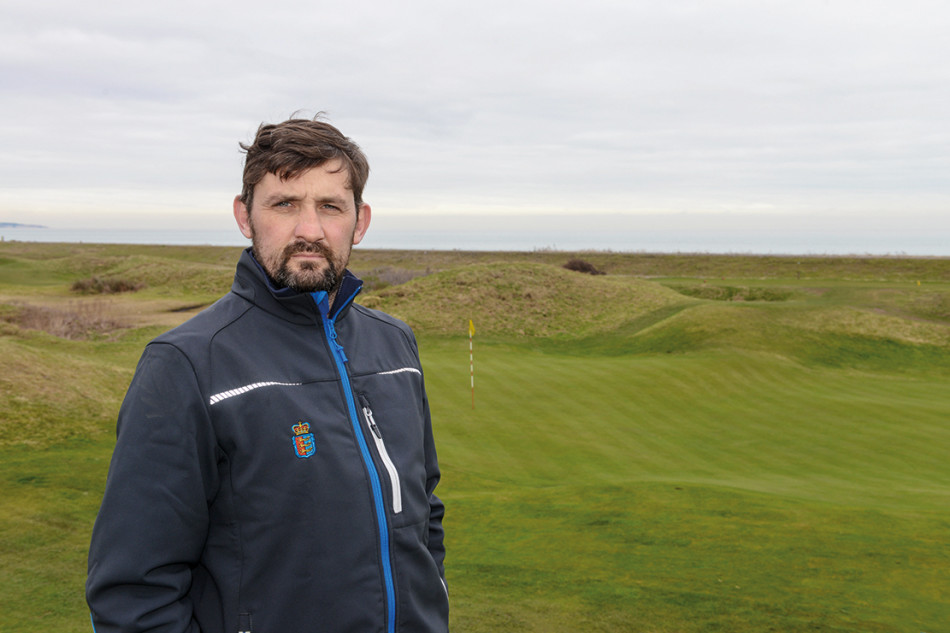 And that's been focused by a decision to reduce the club's water extraction licence for irrigation by a quarter, down to just 30,000m3. James highlighted that, in an average year, with careful conservation that should suffice, but he needs to take every contingency in case of another dry season, when areas of the fairways frequently burn out and turf quality can suffer severely.

This year, he has turned to the new wetting agent technology of Qualibra, which he believes will fulfil the club's demands to optimise the use of water resources and meet his specific agronomic challenges, as well as improving playing surface quality for members. The aim is to move surface water down that will maintain fast, firm conditions, and then hold moisture in the rootzone for better utilisation by stronger plants.

"Royal Cinque Ports (RCP) has an incredible reputation for challenging links golf that attracts players from all over the world, including some of the most prestigious long-standing competitions," reported James. "That creates a level of expectation that we are continuously looking to exceed, and to meet players' increasing demands for improved year-round turf quality and playability."

Loss of grass cover on areas of the fairways in dry conditions every summer has affected playability, and has the knock-on effect for rejuvenation time and revenues. The RCP fairways typically have just 100 mm of soil over pure sand so, for any moisture to be utilised, it has to be held in that rootzone.

Furthermore, the extreme undulating fairways that characterise the unique experience of playing RCP pose another challenge for irrigation. The need is to get rapid water penetration and retention on the crowns and slopes, to prevent run-off and water pooling in the troughs. That's crucial to maintain consistent playability, and avoid the unsightly effect of zebra striping - with dry, burnt off crests and lush verdant green valleys. 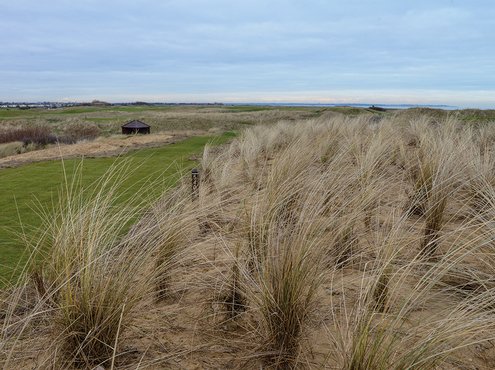 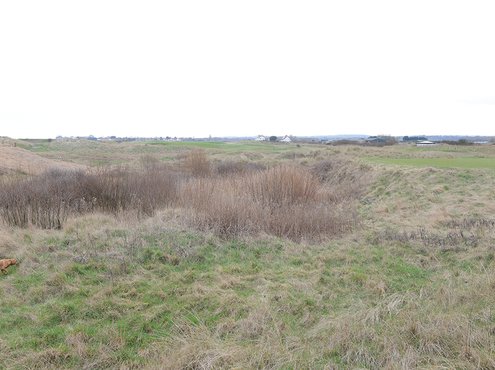 The course does have full irrigation, but James pointed out that the reliability of the ageing system has caused problems. "We will be looking to upgrade, but it's a costly investment that we want to spend time getting right. It will give us the chance to integrate more monitoring and control over differentiated targeted application where it's most required, but we still need to use that in conjunction with holding onto the water applied to get the best results."

On the greens, speed is still the driving factor for RCP members' satisfaction. James reported increased actions to reduce thatch levels on greens and a programme of topdressing to improve firmness. The recent addition of a new high-capacity sand applicator will enable the team to make more frequent light dressings, intended to build-up the required sand content, without affecting day-to-day playability.

But he is adamant that they don't want to hold moisture at the surface to maintain good ball roll speed and to avoid a build-up of thatch. The further advantage of quickly moving water down from the surface is that it reduces the risk of rapid evaporation and wasteful loss of any irrigation water on hot windy days, before plants have the chance to utilise it.

The greens typically have a good depth of rootzone, so James' aim is to improve efficient water utilisation by irrigating with higher application but less frequently. With the Qualibra treatment applied, water is quickly moved down so that the surfaces remain firm, but held in the rootzone where it can be better taken up by plant roots.

"We've been using Primo Maxx for the past two seasons, which has really helped to improve the density of turf cover and the consistency of the greens," reported James. It has also increased root mass, which he believes may have helped the plants to hold on longer through the most stressful time, as well as recover quicker.

The combination of Qualibra and Primo Maxx has the attributes to significantly increase rooting in the future, as well as help to retain the root mass better during a hot dry summer. The combination is also intended to help success with the club's extensive overseeding programme. 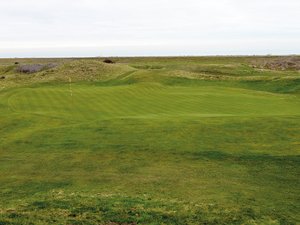 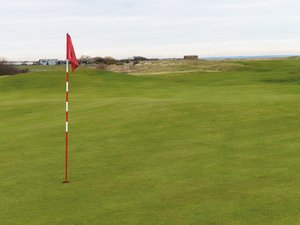 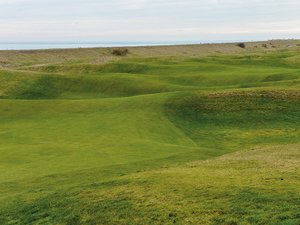 In the extreme coastal environs, fescues can really struggle to survive in high wear areas, such as walk-off points and trolley paths, for example. Having successfully trialed specialist dwarf ryegrass species on the driving range and practice areas, James has now started to introduce them on the course, to improve wall-to-wall grass cover and colour.

The course has repeatedly suffered from dry patch pretty much every year in the past, even with the existing wetting agent programme. This year, by starting the new programme early, in March, he is hoping to pre-empt problems and minimise effects over the season.

"There is inherent hydrophobicity in some of the areas, which is possibly going to take longer to redress," admitted James. "Initially, we are planning to use it at the full rate (20l/ha) across the course - greens, fairways and tees - at monthly intervals. Along with cultural actions, the aim is to rebuild the water holding capacity of the soil."

"In the future, however, we may be able to use lower rates on selected fairways, or focus use on certain areas," he added. "Setting up the sprayer to apply a half rate, and then doubling up on known dry areas would give that a full rate, for example."

James advocated the key is to accurately identify problem dry areas, and work out a management plan to get the consistency the club and players desire. He pointed out that, whilst most of the greenkeeping team has changed since his arrival, he has been fortunate to retain the knowledge and experience of Michael MacDonell, who knows all the high and dry spots around the course. "Over the summer, Mac will have hand-watered all the most vulnerable points before any members are even out on the course."

Allied to that experience, the team are making use of a TDR Fieldscout moisture meter to quantify and record soil moisture deficits, to build up an accurate picture of specific area requirements and focus attention on prime areas to redress issues. 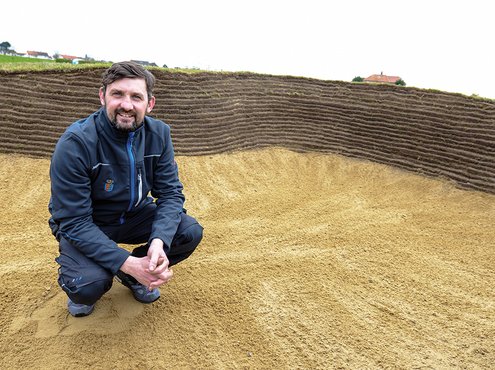 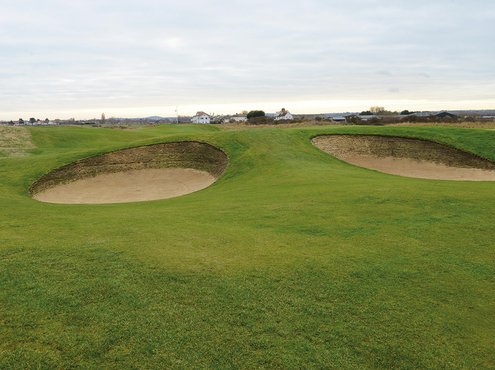 Furthermore, he's involved with pioneering new aerial monitoring of live-time turf health in incredible detail, which could have the potential to pick-up problems early, and even enable proactive in-season intervention before there is any loss in turf quality or cover.

Measuring and recording the impacts of any action or input has been one area James is keen to progress. "It's essential to know what has worked, to justify the expense and to build into the programme for future years," he highlighted.

"Building up that knowledge, in a format that we can use, is incredibly valuable to make better informed decisions. It's also an increasingly important tool in being able to explain to the club's managers and members what we want to do, and why they should invest in it."

James added that he had been incredibly grateful for the experience and valued assistance of Lee Strutt MG, Course Manager at The Royal Automobile Club in Surrey. "Lee has developed a really good system to measure and track turf quality and playability. We are now benchmarking performance indicators, including firmness, smoothness and speed, using a format where both the greenkeeping team and the club can quantify improvements throughout the season."

Continuous communication with the club, the professional and members - as well as being an integral part of the management team - has gained support and recognition for James and the professionalism of the greenkeeping team, and helped to secure the investment to make future improvements. He regularly posts messages and provides videos for members, detailing what the team are doing and why, along with the intended benefits the players should see.

"Royal Cinque Ports takes its environmental responsibilities very seriously and is committed to making the best use of all resources, including water, in maintaining an economically and ecologically sustainable business for its members and visitors," he added.

"As a greenkeeping team, we are looking to use our existing knowledge and experience, along with innovative new technologies and techniques, to help to ensure that is achieved."