ClearWater, the leading British designed and manufactured, washpad water recycling system has become a firmly established brand name in the UK since its introduction in 2003 by Highspeed Group Ltd. Following steady development and the start of export sales, Acumen Waste Services Ltd acquired the company in the spring of 2017. 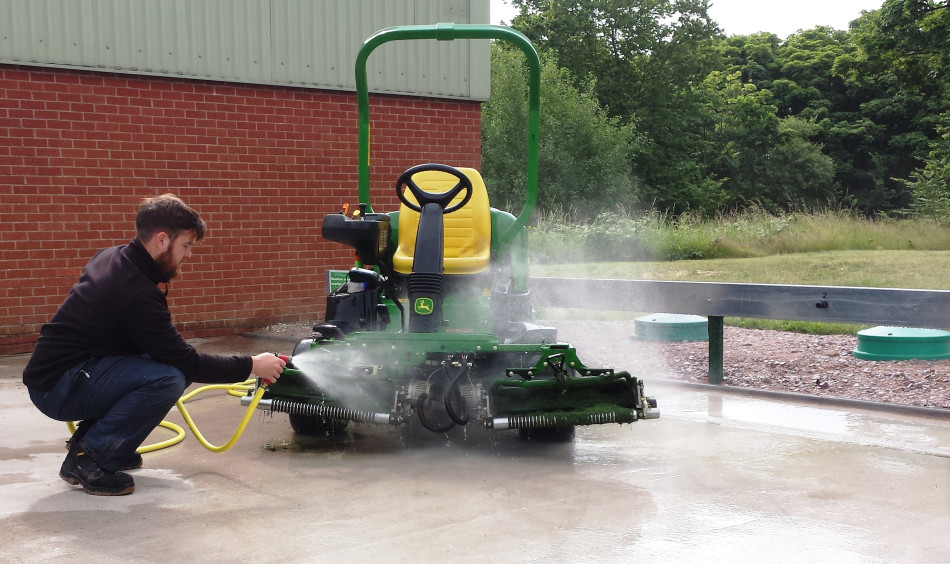 Demonstrating a commitment to the development of ClearWater, a separate ClearWater Division was set up led by General Manager Matthew Mears. Sales have since moved forward and, to enable the division to handle the extra business and expand further, ClearWater has recently taken on extra staff. The new dedicated team now comprises: Matthew Mears - General Manager, Julie Tunningley - Administration, Steve Short - Engineer, Jez Coward and Chris Burton - Field Sales. Reaping the benefits of the large parent company, Acumen Waste Services Ltd., and enhancing customer service, the team are backed up by a contingent of "Cross-Trained" Acumen staff, well versed in ClearWater.

These expansion plans have seen the introduction of new marketing initiatives too with the emphasis on re-branding; an updated logo (sympathetic to Acumen branding), a new and up to date video and fresh advertising / publicity.

Said Matthew Mears; "The logo may have changed but it's the same class-leading ClearWater system. We wanted to bring the brand up to date and the new contemporary logo exemplifies this. Watch out for it on social media, exhibitions, advertising and our other marketing."

ClearWater now has the opportunity with these extra resources to expand beyond the traditional, but still important, golf sector and target other markets (not always turf maintenance based).

BTME is the next exhibition for ClearWater and represents quite a landmark as this year is the 25th year at BTME since Highspeed first exhibited. BTME is seen as an important event and Acumen had no hesitation continuing attendance after acquiring Highspeed and ClearWater. Call and meet the team on the Acumen-ClearWater Stand No. 206 Red South (21st to 23rd January 2020) to see ClearWater showcased and the new video. Talk to them too about Acumen's waste management services, hazardous waste disposal, spill products and remediation. 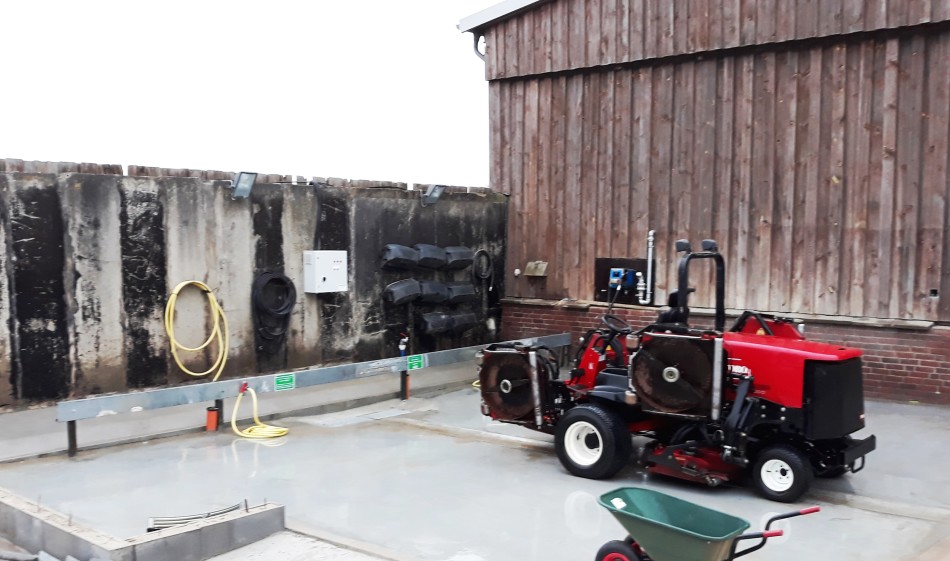 Export is high on the agenda too and sales to the USA golf sector, an important but notoriously difficult market to penetrate, are beginning to come to fruition. This is the result of hard work, particularly at GIS and an arrangement set up this year with Ewing Irrigation. ClearWater will be featured on Ewing's Booth # 2838 at GIS 2020 in Orlando (29th & 30th January) and Matthew Mears will be in attendance.

A very recent export installation has been carried out in Northern Germany too at Winston Golf with Jordan Tschimperle - Course Manager overseeing the installation of a 10,000 litre ClearWater system and a large washpad. ClearWater's German distributor Golfkontor of Hamburg was actively involved, ensuring the project was brought to fruition. For European conformity ClearWater is manufactured to EN858 standards. Approval was also gained for the project and system to meet local German regulations.

The time certainly is right to purchase a compliant system and ClearWater is the obvious choice. The system was approved as a Water Saving Technology in March 2008 and, as such, purchasers of the system (in the UK) are currently able to claim 100% of the cost of purchasing and installing the system against taxable profits in the year of purchase (Under the Enhanced Capital Allowance (ECA) Scheme). Regrettably, however, this scheme will come to an end in April 2020; so you need to move quickly to buy and comply!