by Charmian Robson
in Drainage and Football
on 17 Feb 2020

Cleator Moor Celtic Football Club has employed Duncan Ross Ltd to complete the first of two stages of drainage work as the club aims to increase the usage of their stadium pitch. 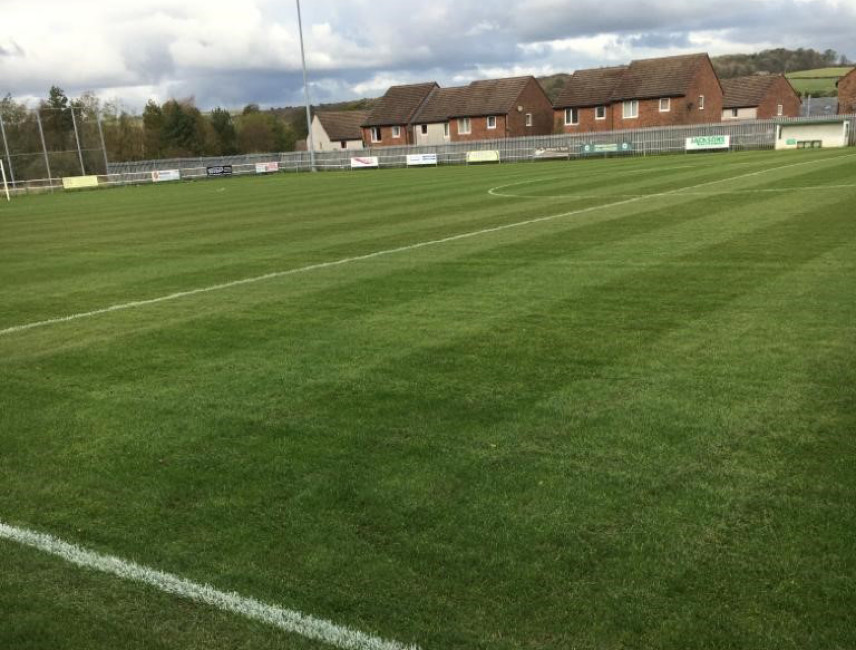 The North West Counties Football League (NWCFL) Division One North side gained promotion to the league in the 2017/18 season and took the additional funding opportunities available to a Step 6 football team to improve their pitch.

In the past five seasons the club - like other teams in the area - struggled with postponements during the winter, limiting the opportunities for 14 teams outside their first team to play on the stadium pitch.

Promotion meant the money available to them from the Football Stadium Improvement Fund increased from £20k to £100k. This was combined with grants from the Copeland Enabling Fund, Copeland Community Fund, United Utilities Legacy Funding and money raised by the club, all of which has already begun to make a difference.

"Drainage has been a big issue for us because we're in one of the wettest parts of the country you could be in," Cleator Moor Celtic FC committee member, David Graham explained. "The pitch was predominately clay, so the drainage was really, really poor. Going back five years or so before we got involved with the pitch improvement programme, we could go weeks on end without playing games, particularly in the worst parts of the winter, so we could go three or four weeks at a time without playing a home game. 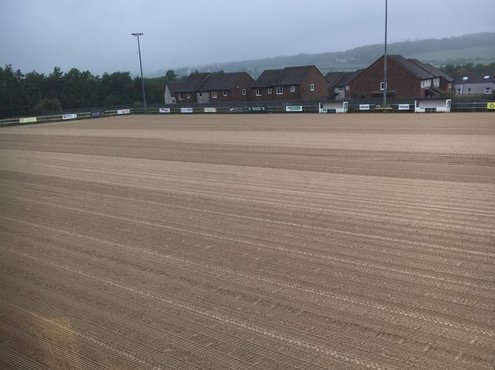 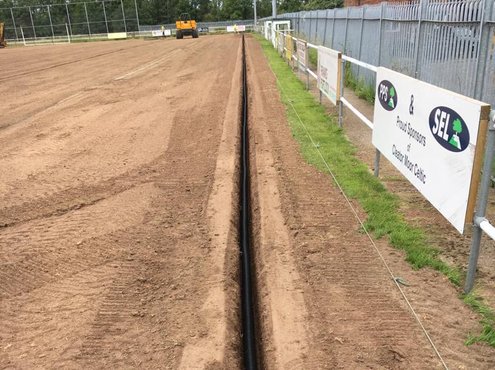 "Being able to get more of our teams playing on the main pitch is what we wanted. We're also hoping to prevent fixture congestion like we've had in previous seasons where our first team would get to April and play Saturday, Monday, Wednesday and again on Saturday.

"We've wanted to improve the pitch for some time, and we've been working towards it for five years. Initially we sought advice from Craig Lewis at the Cumberland FA who put us in touch with Ian Mather-Brewster from the IOG, and he's been a massive part of this project since getting us started on the Football Association's Pitch Improvement Programme five seasons ago.

"He, along with Dale Firth from Professional Sportsturf Design and Duncan Ross, have been instrumental in putting the two-stage drainage plan together and we're hoping to see a big improvement during this season after having the pitch levelled and the primary piped drainage installed. We're 100% happy with the drainage and construction work Duncan and his team have done, and we're looking forward to completing the project in the summer."

Stage one was completed 10th July 2019 after 320 tonnes of sand, and 200 tonnes of soil were used to level the field in preparation for the primary piped drainage to be installed. A soakaway was also constructed by the Duncan Ross team as part of this stage before stage two commences in May 2020.