As a result of the Rome G20 and COP26 Summits, our attentions are being gripped by the media hype that is now heavily focused on what 'may or may not result'. Many of us still need some convincing that the message relating to climate and our warming planet are anthropogenic in nature. After all, we have always had cycles of warming and cooling, so what's so different now? Bob Taylor BSc (Hons) addresses a few basic facts and questions. 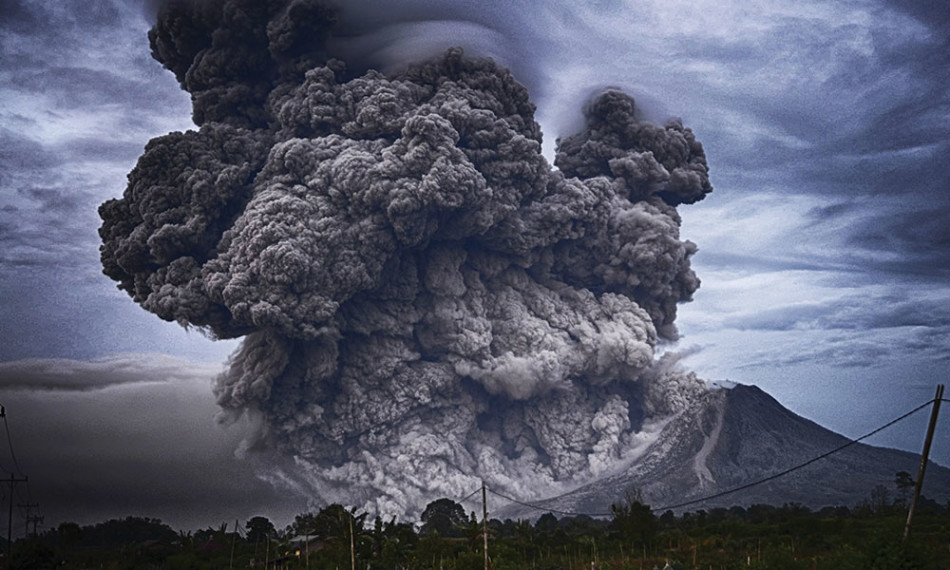 Volcanoes have always produced CO2 more than we humans are producing?

It is true that volcanoes belch out tonnes of CO2; they always have and they are the reason life on earth exists at all. However, the truth is that from deep drilling to a depth of two miles within the Greenland and Antarctic ice sheets, scientists have found that over the last one million years atmospheric CO2 levels have never exceeded 180 to 300 parts per million (ppm). CO2 levels are now at 415ppm. We have gone from a fairly static 280ppm to 415ppm over the last hundred or so years since the start of the industrial revolution.

Humans have never been on this planet when CO2 levels have been this high.

As a result of satellite and ground technologies, we know the planet's surface is at least 1 degree warmer than it was before the industrial revolution. If we continue along our current trajectory, the planet will be up to 4 degrees warmer by the end of this century.

What's the problem with CO2, plants need it to live?

CO2 is required for all life on the planet. Volcanic activity and other natural processes have built atmospheric CO2 levels to the pre-industrial level of 280ppm, and the levels were stable within that fluctuating range of 180 to 300ppm.

The problem with an artificial increase in CO2, is the warming effect that we are experiencing. Everyone has heard of the greenhouse effect. The ozone layer around the earth is made up primarily of CO2 and methane (greenhouse gases), which are essential to life on this planet. Think of the ozone layer as a duvet... without it, the earth would be over 35 degrees colder than it currently is. The planet would be too cold to sustain life. The duvet keeps the heat in, which is fine when all is working as it should. However, humans have increased the amount of stuffing in the duvet surrounding the earth by 40%, which is causing a direct heating problem.

The ozone acts like a duvet around the planet, without it the planet would be an average -32 degrees - too cold to sustain life. The duvet is is now 40% thicker than it should be and it is trapping more heat.

So what? The greenhouse effect is raising the temperature of the oceans, which in turn, causes massive changes to weather patterns including the increased periodicity of hurricane and storm events. It is resulting in the ice caps melting, which is raising sea levels and that is affecting our coastline and the golf courses that are situated upon it.

We are seeing a major disruption of weather patterns, sea water is evaporating quicker than it should leading to more water building as clouds. We have all seen the effects of recent storm deluges causing flash flooding with all of the associated infrastructure damage.

"and, heres a real shocker"! Even if we stopped all Carbon emissions today, the oceans would take well over one hundred years to recover. The real scenario here, given our lack of commitment to moving away from fossil fuels and the many steps needed to reduce our footprint on the planet, is that the oceans will take many centuries to recover, and this is totally dependent upon all of us acting together to reduce the levels of CO2 currently emitted. I mention this because it won't be long before the earth stops absorbing carbon dioxide and reverses the process, which means releasing CO2 back into the atmosphere - effectively accelerating the problem that is currently building. This is known as the feedback loop.

It is the next major issue that we all will face; it is an area where scientists show variation within their predictions and it is one area where and why scientists are seen to disagree on climate change! The reality is that 99% of all climate scientists agree that climate change is happening and indeed accelerating. There is no question on this and, indeed, on the fact that the climate crisis is entirely man induced. What is less clear is the actual trigger points for so many of the differing scenarios. The feedback of CO2 for example is likely to occur once temperatures exceed 4 degrees. As a result of climate change, temperatures have increased by over 0.8 degrees in the Northern hemisphere and to over 1.5 degrees in the Southern hemisphere. This is part of the cause of the unprecedented fires that have consumed much of Australia this year. Temperatures are expected to rise on an accelerating scale over the course of the next ten to twenty years and so on. Again, scientific modelling scenarios vary in terms of their predictive outcomes. This is very different to people picking up on this, stating that scientists disagree on climate change!

Scientists do agree. A recent coming together of 11000 scientists, from 153 nations in Geneva, have put out a statement in the Journal of BioScience - 40th anniv. of the first Climate Change Summit 1979 "We declare clearly and unequivocally that planet Earth is facing a climate emergency," it states. "To secure a sustainable future, we must change how we live. [This] entails major transformations in the ways our global society functions and interacts with natural ecosystems."

There is no time to lose, the scientists say: "The climate crisis has arrived and is accelerating faster than most scientists expected. It is more severe than anticipated, threatening natural ecosystems and the fate of humanity."

What effect is climate having on our wildlife?

Warming oceans are causing sea life to breed earlier, which in turn, is now out of phase for the birds that still depend upon them. This is occurring around the globe, but is most evident in the UK along our cliffs. Then, there's the movement of wildlife shifting their global positions in light of the warming climate and some are becoming extinct. On Jersey, a new grass has moved in and is here to stay. It is an African species called Spherobolus (also known as a dropseed). It's as tough as wire, very aggressive and it favours high wear areas (disturbance), which means it is becoming very much at home on the golf courses there. It has not crossed the Channel to the UK yet, but watch this space. It is not the kind of grass we need on our golf courses!

What can we do about climate change?

Individually, it is morally correct to consider your waste and energy streams and constantly work toward constant improvement. This may involve working with the suppliers to minimise waste before it gets to the club, It may be worth talking to the club about only using green energy from a sustainable source. Tree removal could, and absolutely should, be offset with new tree planting. This is practised on links courses like Carnoustie, where trees removed have been reinstated. Some like The Renaissance Club are working towards compensatory tree planting off site within the local region (or within Scotland) to ensure effective compensation for trees removed. Some clubs are now securing membership and golfer funds to enable carbon offset projects following club activities that have led to a carbon increase.

Water too is likely to become ever more expensive going forward and we should assess how it is used i.e. where it is sourced, how it is stored, how old is the system for irrigation, when was it last serviced, are there better ways of storing or managing, is the system effective, or are you watering areas of rough!?

The list of opportunities that we should be undertaking is almost endless and, whilst we all think these elements outside the management of the surfaces are nice but still a luxury, think local sourcing of produce to reduce carbon footprints etc. These elements of working are becoming critical and we cannot view them as a luxury any more. Look at the golf clubs; from Hove in Brighton to Glasgow that are closing, some will be re-wilded.

Adapt and survive: The above is not fanciful, it is not a case of take it or leave it. What we do now, over the coming weeks and years, will have a major impact on the quality of the planet that we leave to our children and grandchildren. We can all make a difference and, it is morally right to do so! At golf course level, we need to become efficient in all areas of working and that means from ecology working, through to the full suite of environmental interests.

On a planetary level, we need to come together to help stop larger impacting projects from going ahead in the first place. Joining a group, or even creating a golfing consortium geared towards protecting golf's interests, would have greater impact. Just think of the carbon savings that can be accrued from stopping larger projects before they get underway. This would provide free carbon living for many people, for many years to come.

Bob now runs Bob Taylor Ecology Ltd and continues to provide ecological and environmental advice to golf clubs and to the R&A. He can be contacted directly on bob.bte@outlook.com