by Dave Bowers
in Golf, Industry News, and Renovations & New Builds
on 25 Mar 2017 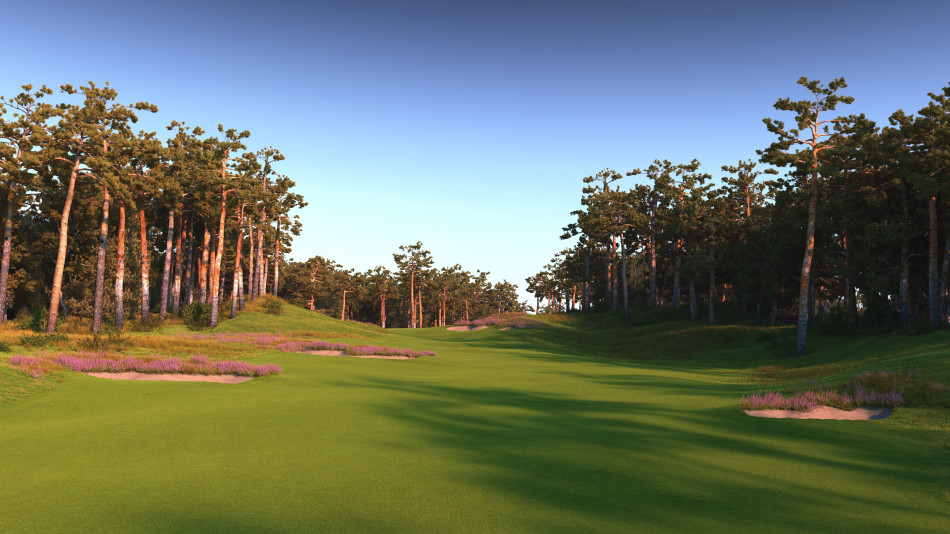 Work is almost complete on a new first hole at St George's Hill GC, in Surrey, after members gave the green light to the project following a consultation process.

Harris Kalinka, the specialist visualisation agency which helps golf firms and architects communicate ideas and designs through images and animations, was engaged by course architect Tim Lobb, from Lobb & Partners, who requested 'before' and 'after' flyovers of the potential changes to show members, conscious of the sensitivity surrounding the Harry Colt-designed opening hole.

Harris Kalinka co-founder Andrew Harris explained: "The purpose of the animation was tocommunicate the design philosophy to the membership. The animation fades from the existing, to the proposed, to show the addition of bunkers to the fairway, and swale to the left of the green."

Harris Kalinka worked from Lobb's CAD plans and site photography to produce the animation, which, using the company's CONNECT marketing facility, allowed members to comment on the proposals and for secretary Gary Peddie to respond.

Peddie said: "The animation was very professional. It certainly had the 'wow' factor which is exactly what I was looking for. We ran it on a monitor in the clubhouse leading up to the meeting and sent out a link via email so members could view it online - and it generated a lot of interest.

"The members' reaction was overwhelmingly 'very professional' - which is exactly what I was trying to achieve. We are looking at a bunker renovation programme running over the next three to four years and I would not hesitate to use Harris Kalinka."

St George's Hill dates from 1913 and comprises three loops of nine holes, with heather, silver birch and Scots pine. It was innovative in its day as it was the first golf course development constructed with the intention of building luxury houses adjacent to the fairways.

The legendary golf writer Bernard Darwin once said: "The prettiest courses are also the best, and certainly one of the prettiest and the best is St George's Hill." And Frank Pennink, in Golfer's Companion, said: "One of Surrey's most hilly and spectacular courses, in heavenly surroundings, but also designed on the soundest of lines which discard any element of fluke."

And this was very much to the forefront of Lobb's mind when he planned the redesign - his brief having been to maintain the policy of 'preserving and enhancing one of Colt's finest courses' and to 'restore the Colt character' while achieving 'visual drama'.

Lobb added: "Andrew spent a lot of time understanding our brief, the lay of the land with vegetation and our proposed design vision. Throughout the development stage we were viewing images of the animation coming together and could see that it was going to be incredibly life-like. When we watched the completed animation with text and music I was very pleased with the result and thought it was extremely realistic.

"The animation was a vital tool in describing our design proposals for these important works. The membership had full access to the animation and it assisted them in understanding the proposed works and to gain confidence in the outcome.

"For our new build projects I try to do an animation wherever I can. They are such an effective tool for displaying our design philosophies. This was the first time I have used an animation for an existing course renovation and was very pleased with the result.

"We will continue to work with Harris Kalinka for our projects as their animations and attention to detail are world class. They produce the most realistic golf animations I have seen."

Harris Kalinka's visualisations have been used successfully to attract members, raise investment, sell off-plan, develop a design or to present an idea.