Royal Leamington Spa's historic Victoria Park was one of the first sports facilities to be named as a venue for the 2022 Commonwealth Games, after Birmingham won the bid to host the games back in December. Jane Carley headed to the Regency Warwickshire town to meet with the venue's Head Greenkeeper Mike Finch to find out how the home of Bowls England was chosen to host the tournament. 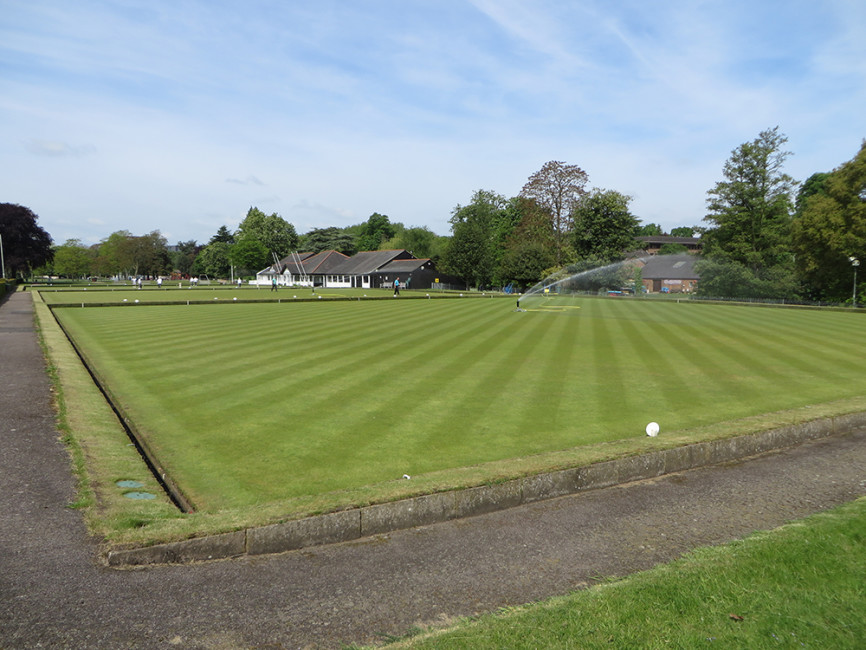 Head greenkeeper Mike Finch, who manages the venue for Warwick District Council's contractor idverde, explains the process that led to the ground, which is home to Royal Leamington Spa Bowls Club, being chosen.

Also in its favour was its proximity to Birmingham, less than forty miles away, and the venue's existing five greens. When Glasgow hosted the Commonwealth Games in 2014, the organisers had to build four new greens in the lead up to the Games.

The greens at Victoria Park are home to a range of bowling activities, in addition to being the home of Royal Leamington Spa Bowls Club. It also hosts national competitions and international Test matches, and is open seven days a week for other bowls and parabowls clubs, societies and individual bowlers, and its profile means that there is a continual drive to increase standards, he explains:

"I am always looking to raise our percentages, whether that be grass density and quality or soil structure. I work closely with STRI, who carry out regular testing and then I make adjustments to regimes and treatments to meet their recommendations."

He adds that he receives steadfast backing from the council: "It's a real partnership approach between Warwick District Council, idverde, Bowls England and STRI." 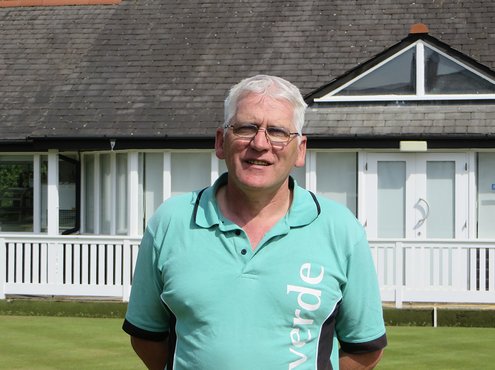 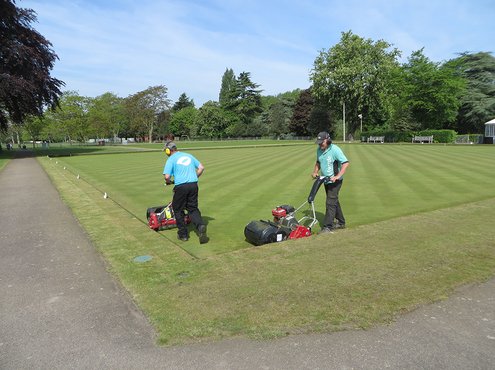 Left: Mike Finch Right: Greenkeepers (Mike on the right) prepare green 'E' at the start of a busy season

Mike comments that whilst Bowls England is very satisfied with the condition of the greens, a meeting has been planned with the Commonwealth Games organising committee for this autumn to discuss their requirements.

"We've already had visits to discuss security and spectator facilities; and the greens themselves are next. It may seem like early days, but a green can take two to three years to come back to its best after major renovations so we need plenty of time to put any new programmes in place."

He explains that the greens have to be micro‐managed to withstand the heavy use and the vagaries of the weather.

"It's a dry site, and very open and windy, which favours the use of fescues and I'm working to increase the amount of finer grasses in the greens, which has been well received by the club and Bowls England."

The wet winter of 2017‐18 also took its toll, he adds: "We had to rethink our management as it allowed poa to take hold, which causes issues when trying to achieve the required smoothness."

The five greens all behave slightly differently, even though four were constructed at the same time. A fifth was added in 1994, built using a sand‐based construction to PGA standards.

Topdressing has become more significant, with two or three applications a year now used ‐ a heavy dressing in autumn and two in March and April to make the greens more 'true'.

The latest technology is helping to address levels on the green with satellite mapping dividing each up into a grid which is then drawn on a CAD system, allowing dressing to be localised to remedy any depressions. 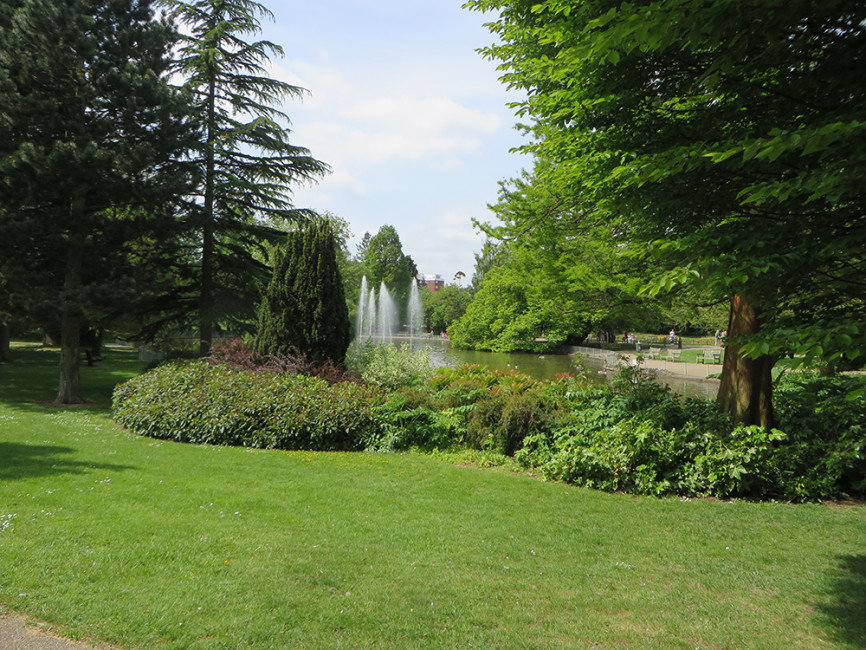 The addition of the Commonwealth Games to the 2022 bowling programme at Victoria Park will place significant pressure on the greens.

"It could affect our end of season renovation, as we do need some warmth for overseeding to be effective, so it is another aspect that needs planning," says Mike.

Staffing will also come under the spotlight ‐ the Victoria Park greens are currently cared for by three staff, and Mike also has responsibility for football and cricket pitches for Warwick District Council.

"We may need more groundsmen and machinery to ensure the standards required ‐as well as the greens themselves, the bank tops and edges need maintaining. We may also be looking at techniques such as watering by hand."

The Commonwealth Games are expected to occupy Victoria Park for three to four weeks, a sizable undertaking in addition to the four weeks required for the Nationals.

At every stage in the next four years standards will be scrutinised. At the moment, during a major tournament, STRI monitors the greens every two to three days and Bowls England inspect every day.

Mike started at the club in 2009 and comments that the council laid down the challenge to its contractor (then Glendale) and himself to raise standards.

"Warwick District Council has made a significant investment in this venue, and have seen the results that can be achieved. It's a big undertaking, especially as many local authorities are reducing their support for sporting venues." 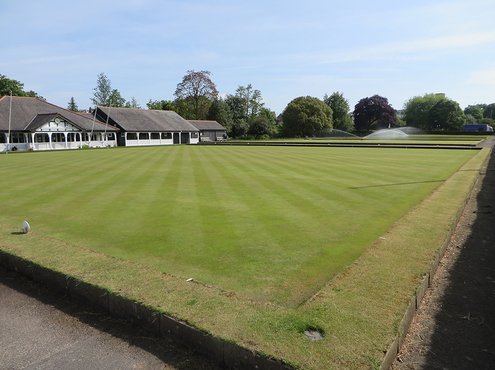 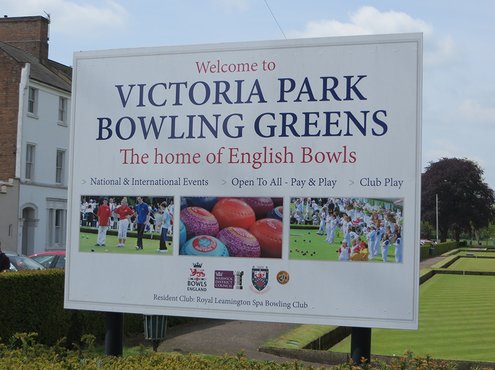 "Bowls England also plays an important part in encouraging participation in bowls with family days and junior leagues, and the publicity from the Commonwealth Games can only be of benefit to bring new participants, particularly young people into the sport."

It's hard to overstate the importance of bowls and parabowls to Royal Leamington Spa ‐ the pretty Victorian spa town is a well‐known tourist attraction, with parks and gardens playing a major role. Bowls and parabowls at Victoria Park is the 'jewel in the crown'.

Each August, hotels and B&Bs in the town are booked solid for 'the Nationals' as it throngs with spectators. The National Championships are estimated to bring in circa£2 million to the town each year, whilst the Women's World Championships held in 1996 and 2004 brought in significant tourist trade.

The arrival of the Commonwealth Games in this unassuming Warwickshire town in2022 is likely to have a much greater impact. Whatever it takes, Mike Finch, idverde and Warwick District Council will be ready.

1909: The new green is opened and Leamington Spa Bowls Club (the 'Royal' was adopted later) formed

1912: A second green is built in Victoria Park

1918: Tournaments, which had been halted during World War I, resumed

1930: After much debate and funding issues, the pavilion is finally opened

1936: First 'open' tournament held 1942: Iron railings around the greens removed to be melted down for munitions

1950: Plans for fourth green announced and then abandoned due to council wrangling. Finally completed just in time for that year's open championship. Ladies' section formed.

1970: Incorrect sand spread on greens in the winter killed off much of the grass, but they had recovered by the end of the season

1985: Season opening match abandoned due to a blizzard which made it impossible to see the jack!

2018: Victoria Park is announced as the venue for bowls for the 2022 Commonwealth Games