Connacht Rugby has been granted full planning permission for the €30m redevelopment of its Sportsground stadium in Galway, Ireland. 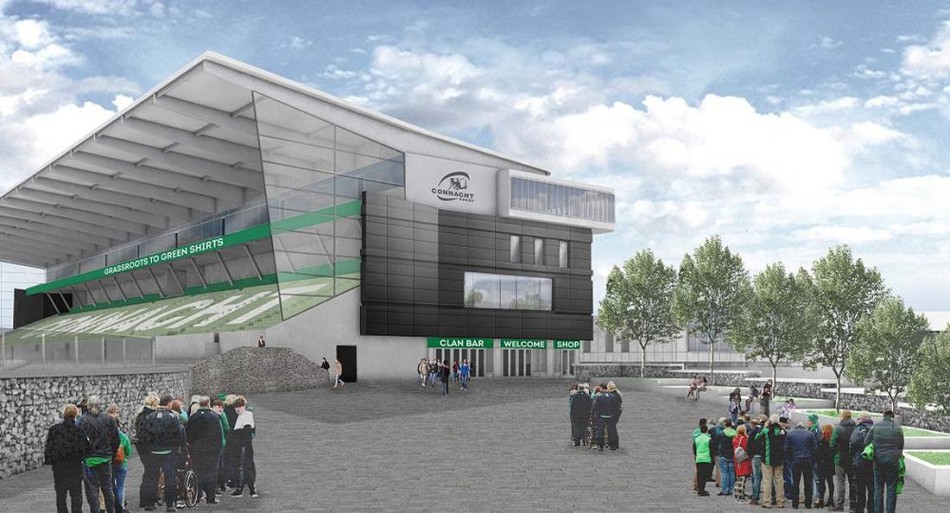 The project will include a full redevelopment of the stadium to bring it to "modern standards", as well as the creation of a multi-use indoor high-performance training centre.

Connacht is one of the leading clubs in Pro14 and regularly competes in the European Rugby Challenge Cup.

Funded by €10m of private funding and a central government grant of €20m, the project - masterplanned by Chapman Architects - is the result of an arrangement reached between the Irish Greyhound Board and the freehold owners of the Sportsground, the Galway Agricultural and Sports Society.

The partners have agreed a "shared vision" for the future of the venue, which secures the long-term future of the 8,100-capacity Galway Sportsground stadium as the home of Connacht Rugby - one of four professional rugby clubs in Ireland.

"There has been huge momentum behind the project since we announced last October, and we now have the final granting of planning permission," said Willie Ruane, CEO of Connacht Rugby.

"With 130 people employed throughout the province by Connacht Rugby we are extremely proud of the annual contribution of €34.4m we are making to the regional economy.

"We have €10m in private funding to bring to the table through a mixture of Connacht Rugby funds and an approved bank credit facility. The project is now shovel ready and the remaining €20m state investment is critical to its delivery."

You can read the original article from Sport Management here