by External source
in Renovations & New Builds
on 07 Dec 2018

Construction of the new King's course - designed by Stuart Rennie - for Torvean Golf Club in Inverness, Scotland, is nearing completion. 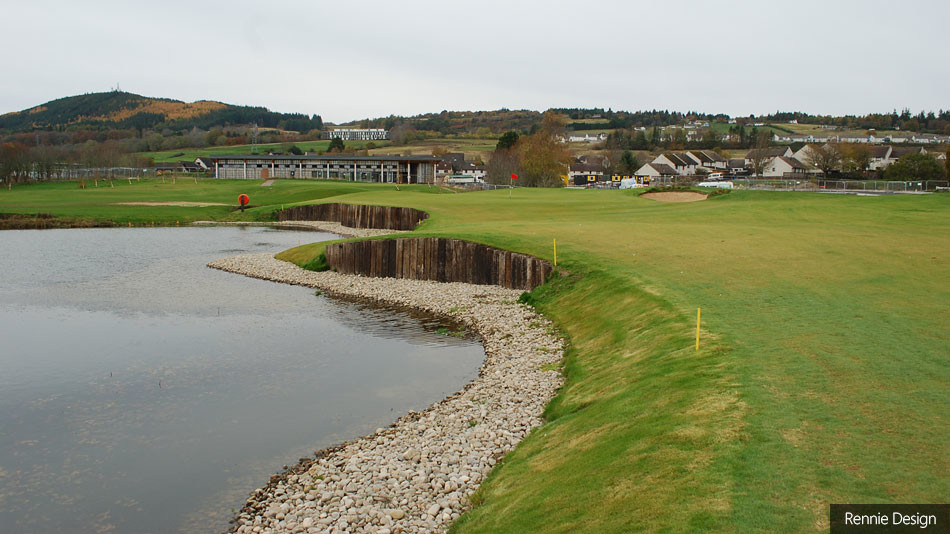 The new course is located on the northern side of the river Ness and adjacent to the Caledonian Canal, with the second phase of the Inverness West Link project - a road connecting the Torvean area to the south of the city - to be constructed in between the eighteenth hole and proposed practice area after the opening of the course.

"The proposed course has been developed on more undulating land to the west of the existing course overlooked by the Scottish Natural Heritage headquarters," said Rennie. "The vision was to create a like-for-like golf course bringing modern day design principals into play with a view to create a heathland style course using a quintessential highland landscape planting pallet incorporating the likes of heather, gorse and fescue grasses.

"Whilst creating a routing that flows with the contours and works with the landscape, the course has been designed to improve the biodiversity of the site. A series of waterbodies and wetlands along with buffer planting and grassland planting will create an ecologically rich landscape to coexist with the day-to-day functioning of the golf course. Public access has been provided with a designated signed access/fitness trail through the course creating a more accessible space for the local community. The clubhouse will also be relocated closer to the community and will be open to the public."

The relocation of the existing course to adjacent land has seen the creation of a new layout, opening up an improved master planned gateway. The former municipal layout has been renamed the King's golf course and includes sixteen new holes and two holes from the existing course that have been completely renovated. 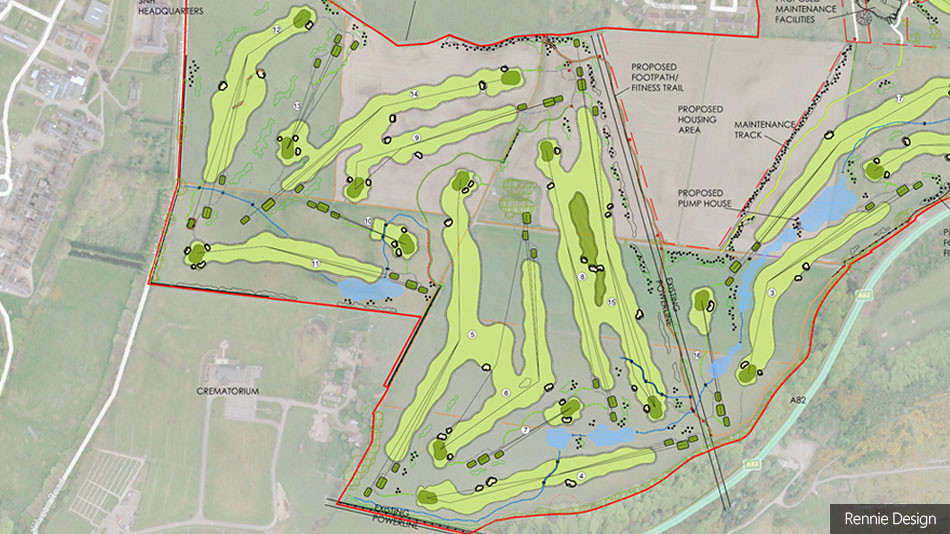 Construction started in September 2016 and is generally complete with only remedial works and ongoing maintenance. The course is expected to be open for play in June 2019.

Rennie Design worked with lead consultant Capita Symonds along with sub-consultants Bryan Byrne Associates Quantity Surveyors, Bruce Jamieson Golf Advisors and Giles Wardle from Irriplan. "The wealth of experience from the team has been second to none and all should be proud of their input," said Rennie.

"Many courses in the Highlands have heathland characteristics where in the summer months they play firm and fast which we were keen to emulate within the design," continued Rennie. "We specified drought tolerant grass species with bent/fescue being seeded from tee to green along with fescue roughs. Barenbrug seed has been used and grown in using the new Toro irrigation system.

"We have proposed and implemented design elements to create a cohesive style and materials palette, for example, the introduction of sleeper edges to some ditches to create visibility and shadow from the approach shot. Sleepers have been used elsewhere for signage, bridges and on a feature bunker but the most significantly incorporated into sleeper walls which runs in front of the new eighteenth green creating a forced carry risk and reward strategy over water.

"The site had historical field patterns made up of old stone walls and fences some of which have been retained within the design, the par-five fifth will see either the ambitious second shot traverse an old retained wall or second shot lay-up.

"I am absolutely thrilled to see the vision become a reality with my first solo 18-hole course being constructed so close to where I grew up in Muir of Ord. I take a lot of inspiration from the golf courses in the Highlands none more than Royal Dornoch where I have been a member for over 25 years."