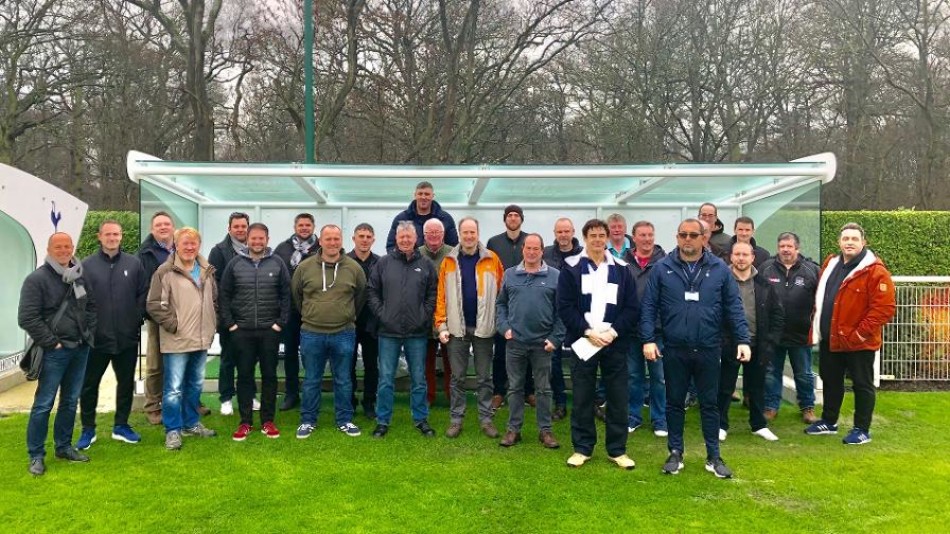 The visit to the prestigious centre was a key activity in the two-day Pitches Group event and was arranged between ECB Pitches Consultant Chris Wood and Darren Baldwin, Tottenham's Head of Playing Surfaces and Estates.

The tour highlighted the attention to detail around building design, landscaping and progressive planning of the whole site, from academy to first-team pitches.

This was followed by a video presentation on the almost completed new stadium, housed on the site of the previous White Hart Lane - with a focus on the impressive technology for dual usage and the world's first sliding pitch of its kind to switch to an NFL layout.

With pre-season soon underway, cricket's groundsmen will no doubt return to their counties eager to apply the valuable expertise imparted by their Tottenham Hotspur FC colleagues.