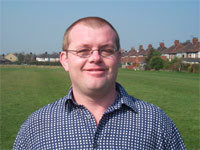 Spring is a very busy period for all cricket Groundsmen. Not only having to contend with weekly maintenance work, they are extremely busy preparing the new wickets and pitches for the new season. This will involve a number of tasks - inspecting, organising, allocating pitches to fixtures, wicket preparation (mowing, scarifying, rolling and marking of wickets). This will also include a heavy rolling programme on the whole square, coupled with other tasks, ordering consumables and general management of the whole facility (including practise areas). Below is a summary and some key points to follow when preparing and managing cricket facilities in spring.

Its that time of year again when many, many hours are spent doing the consolidation work for the season's games. Rolling should always be done when the soil is at a consistent state. This state is known as plastic, plasticity or the consistency of plasticine. It is ideal to roll because it will not severely distort the surface (if rolling is graduated from lightest to heaviest).

The height of cut on the square should be around 15mm and, prior to rolling, a spring fertiliser should be applied. A fertiliser programme can be professionally presented after the results of a chemical / mechanical soil analysis has been initiated. Without a soil test you are working by guessing, also you are more than likely putting nutrients into the soil which are not needed and not putting other additions which are needed, which is a waste of money.

Pre season rolling should begin with the walk behind cylinder mower (for cutting pitches). Cut in many directions and end in the line of play. You can use grass clippings as a weighted ballast, moving up in weight to the outfield cutter without the towed seat to begin with. Again in different directions (union jack) and end the operation each day by cutting or rolling in the line of play. Remember to avoid the wear of friction if no clippings are being removed by dis-engaging the blades.

Windy conditions will always be useful now due to the soil temperature not allowing much evaporation naturally through heat. Therefore, wind will remove a lot of surface moisture. Throughout this rolling and "bedding in" of the square, it is very important to check continuously the consolidation process. This can be done using a wire, straightened coat hanger or welding rod. Push the rod into the ground vertically, feeling resistance all the while. With experience, it will become evident how soft the ground is becoming, where the hard spots are, and a consistent level of rolling can be achieved on your own square. From rolling with the outfield cutter, add the seat and ride on, again adding ballast to the box as you build up consolidation. The final rolling will ensure a smooth, consistent surface, if the work has been done gradually. The heavy roller is registered as anything over 508kgs.

Once consolidation has been reached, you can now begin the single, or double pitch preparation. If you have the pitches available, it is wise to provide two for a match and choose the best for the conditions nearer the time. For instance, one end of the square may be much damper than the other, so leave the wetter areas for July, August when they will perform best. Prior to pitch preparation, scarify the square to remove the build up of organic matter over the autumn and winter months. This can be done quite severely because the soil surface is damp or plasticine and scoring can be rolled out without problems. Scarify on line with play and slightly offset from this. Set the blades so that you are just flicking into the soils surface.

Pitch preparation begins with the first cutting of the strip, using string lines for guidance on the outer edge of the strip five feet from the centre stump on either side. This should be done with care and pride as the first cut is hard to disguise if done incorrectly. Straight lines always stand out as a job well done! This cut should be initially at about 10mm because we do not want to remove too much percentage height in one operation. There may be a need to water to saturation point, even at this time of year. Water the whole area until no more can be added without puddling. Let the water soak to a depth, normally 2/3 hours at this time of year. If conditions are either hot or windy, cover the surface to allow infiltration (sinking in). Cover the pitch each night during preparation.

With heavy roller, move across the pitch once and come off the square. Physically inspect the surface and assess the conditions underfoot. Use the rod to check consolidation. Weather condition will also come into consideration and timing of preparation will become a skilled operation. If there are a couple of days rain, will you still be able to reach the required standard for the game in question? Each day brush or verticut the pitch prior to cutting. This will raise any horizontal or stoloniferous growth including crowning which may cause a problem to the pitched ball. Gradually reduce cutting height so as not to scalp the soil surface. Roll each day after brushing and cutting the pitch. Timing will be in accordance with weather conditions and the consolidation already achieved.

The day prior to the match is the time to mark out the pitch. Use strings and a frame, not one or the other, this way you will achieve straight lines. Finally, stump hole marks can be added and the covers placed for the final day (match day). On match day give the pitch a final cut and, if needed, a short roll. Finally, add some water to the stump holes and away you go.