by Ben Goddard
in Football, General Interest, and Best of the Rest
on 21 Jan 2019 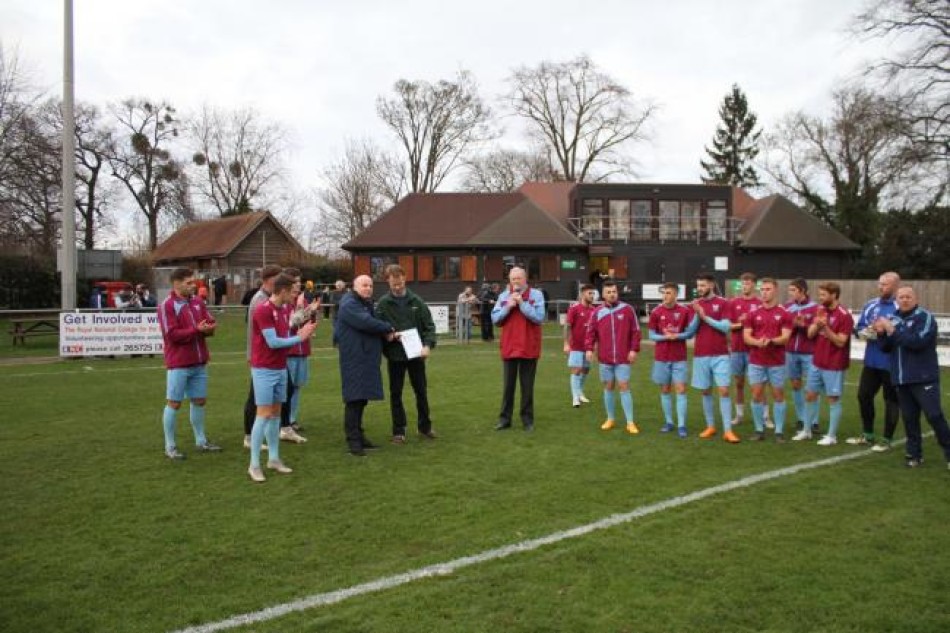 Sanders, from Clehonger, looks after all the main pitch and other pitches as allpay.park.

He also finished runner-up overall in the Midland Football League to Brockton Football Club as Groundsman of the Year.

His certificate was presented by Midland Football League representative Gary Foxall at the home match versus Sporting Khalsa on Saturday.

Westfields' Chief Executive Andy Morris said: "Dan Sanders is a superb groundsman and has been our groundsman since we took occupation at allpay.park in 2003.

"He has transformed what was an old unused recreational field into a first-class football ground, not only our main stadium pitch but also all the other pitches which are used by our junior, youth and the reserve team in addition to the pitches used by the Hereford Sixth Form College.

"His work and attention to detail has earned him this award for which we are delighted for him as he and his father over the years have spent many hours looking after the ground and getting it in playable condition when other pitches in the area have been waterlogged.

"The award is really well deserved and congratulations to Dan Sanders."

For the full article visit: www.herefordtimes.com/sport