Campey Turf Care Systems export sales manager, Dave Harrison, announced his retirement after ten years and left the company at the end of 2019. 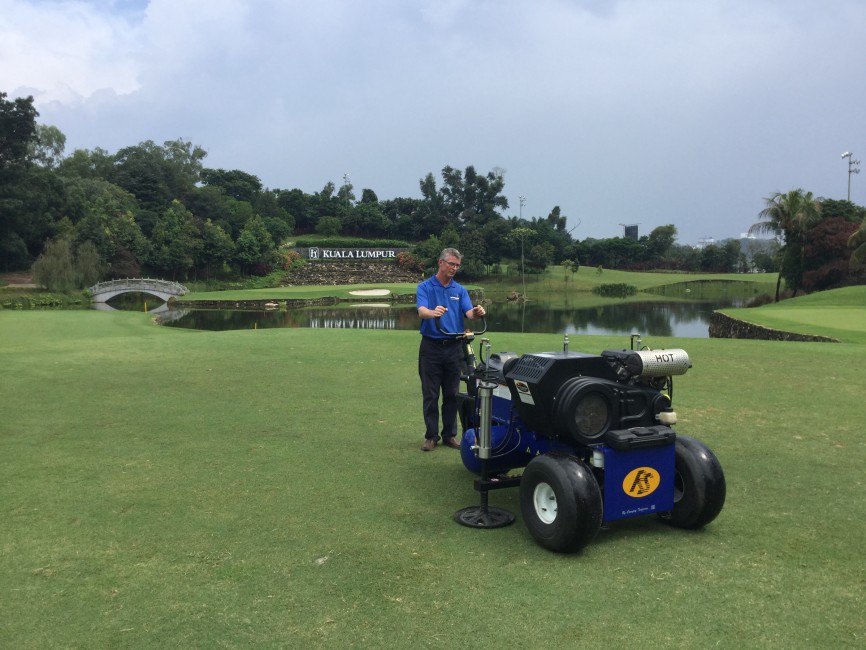 Dave joined Campey in 2009 from Dennis Sisis with a wealth of experience and global industry knowledge. His remit was to develop further growth in sales throughout the European and world markets as well as introducing the Campey range of products into the Middle East and Asia. With Dave's involvement, Campey has become an established presence in Asia, with Dave himself becoming very popular with all the customers he has worked with.

Speaking about his time in the industry, Dave said: "Forty-three years seems to have flown by, and I've loved my time in this industry. I'm really looking forward to spending time at home with the family and catching up on all the things I've missed out on in recent years, like getting on my bike again! We'll be having another grandchild soon, so that is something that will occupy some time for us all."

"Working for Campey has been a brilliant experience, and I've been fortunate to meet some fantastic people from all over the world."

Campey chairman, Richard Campey said: "Dave joined us in 2009 and was given clear objectives, and over ten years he accomplished a great deal. During his time with us, he has contributed greatly to the expansion of the company in Asia and the Middle East and the work he has done will be remembered for a long time to come."