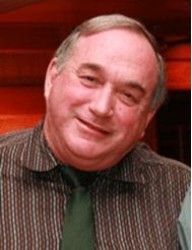 The NSW and Australian turfgrass community will be shocked to learn of the sudden death of David Livingstone, owner of Sydney-based aeration company Greencare.

The AGCSA received the news of Livingstone's passing from AGCSA Board trade representative Andy Knox. According to Knox, Livingstone was diagnosed with multiple brain tumours after suddenly collapsing one day just a couple of weeks ago. Despite undergoing an operation, surgeons were unable to completely remove all the tumours. Livingstone, aged 63, passed away early Thursday morning AEST.

Livingstone was founder, owner and operator of Sydney-based company Greencare which specialises in the design and manufacture of turf aeration equipment. In 1986 Greencare launched the CoreMaster 12 and over the years expanded its fleet to include other tractor mounted and pedestrian aerators as well as the ShatterMaster sub-soil decompaction unit.

Livingstone's funeral service will be held on Monday 15 November at St. Matthews Anglican Church, Moses St, Windsor at 1.30pm. At the conclusion of service, the cortege will proceed to the Castlebrook Crematorium, Windsor Road, Rouse. The AGCSA sends it condolences to David's partner Lynn, daughter Kate and the Livingstone family.