by Rosie Duckworth
in Machinery & Mechanics
on 02 Aug 2022

Every year Reesink UK recognises its dealers whose performance in the three areas of Service, Parts and Skills reflect outstanding customer service standards, goals and considerations. 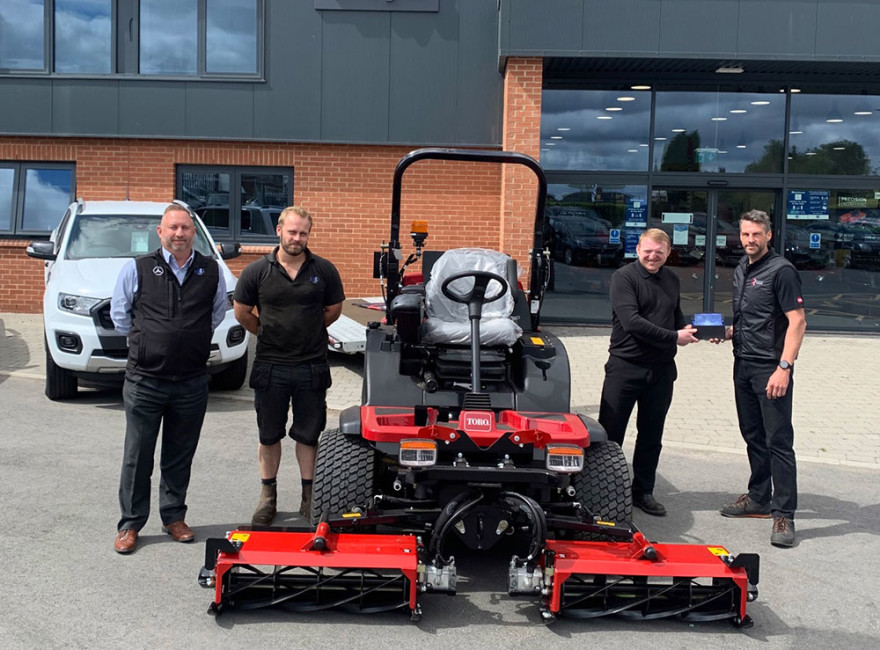 Reesink awards those dealers achieving the best scores in keeping with its Service Level Agreement, which benchmarks great customer service, and the highest combined score across all three categories wins an overall Dealer of the Year for Excellence in Customer Support. In 2021 that much coveted award went to Lloyd Limited in Carlisle.

Lee Rowbotham, service and training manager at Reesink UK, says: "The Aftermarket Dealer Awards are how we thank our service locations for showcasing the high standards for customer service Reesink has. And illustrating to customers that our core customer service standards, goals and considerations reach them."

Reflecting on the win, Simon Burton, group aftersales manager at Lloyd Ltd, says: "We're delighted to have won two awards. It's fantastic to know that our policy for maximising service personnel skills through manufacturer training is being recognised. With the support of our Reesink Product Specialist and Service Manager we have achieved the Aftermarket Dealer Award and this demonstrates the importance of working closely with Reesink and shows what can be achieved from a strong partnership."

Peter Biddlecombe, aftersales manager at Reesink Turfcare South East says: "The annual awards are really important as they give an immediate indicator of current aftersales service levels and other areas to focus on accordingly. Receiving award/s is an achievement to be proud of and brilliant for staff members to recognise they're doing a good job. It shows customers you're a trusted company as an award winner and positions you as one of the best in the field."

Lee concludes: "Over the years, we have continually invested in our customer service and especially so in our after sales offering and to see that represented by the dealers so brilliantly means we are achieving in our goal to keep on improving the overall experience for all our customers."