by Jane Carley
in Schools & Colleges, Synthetics, Rugby, and Cricket
on 28 Dec 2020

'The New Normal' - one of this year's buzz phrases that has been worn out by overuse. Yet, for school groundsmen, sports coaches and pupils, it describes how they are making school sports work and providing the physical and mental boost needed in such a difficult year. Grounds Manager James Munn talks to Jane Carley about life in lockdown and beyond. 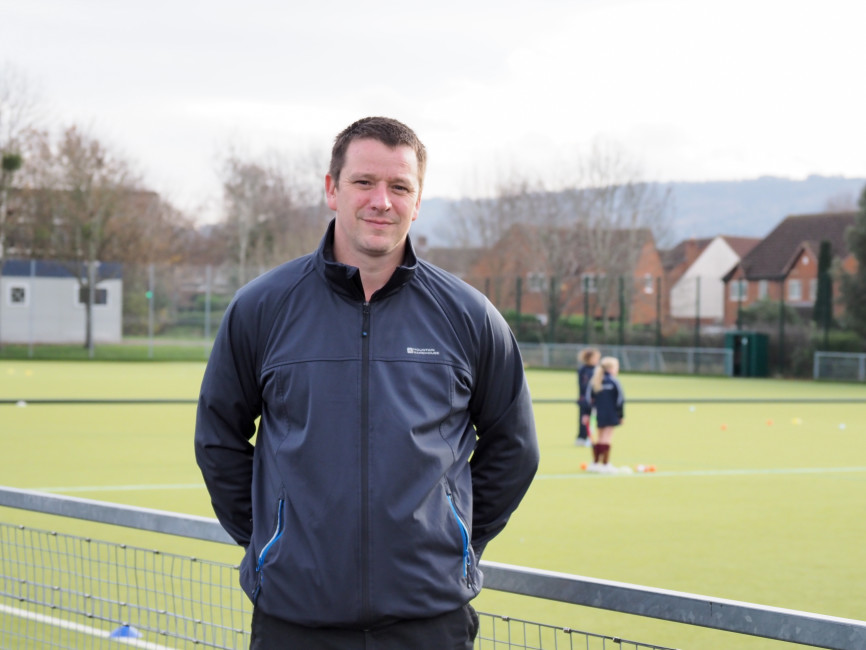 At the Dean Close Foundation, which has co-educational day and boarding schools in Gloucestershire and Wales, this means adapting the use of facilities for sport and play to allow pupils to use them in their 'bubbles', reducing the risk of any infection spreading.

"It's a different way of working," explains Grounds Manager James Munn, who came to the Foundation four years ago having previously worked at the site as a landscape contractor. "We mark out pitches to help coaches keep pupils in their bubbles, and they play in forty minute sessions before a changeover instead of, for example, having all the senior school pupils out on the sportsfields at once on a particular morning or afternoon. Play areas for the pre-prep school have temporary fencing to help the teachers maintain their bubbles."

Despite the increased regulation, pupils are clearly delighted to be back in school and playing sport once again, and James says that the 'feel good factor' extends to the grounds team.

"Like most grounds teams, we were down on numbers through the spring due to furloughing and there was the constant feeling of uncertainty over when pupils would be back, and whether pitches needed to be prepared to training or tournament standards," he comments.

James's team at the Foundation's base in Cheltenham is small, with two staff, Neil Carter and Mark Smith, dedicated to grounds and sports fields, Paul Yates, Callum Smith and Gala Delbrooke-Jones in the gardens, plus landscaper Steve Jones, looking after fifty acres.

Groundstaff at Dean Close St Johns in Chepstow and two Dean Close nurseries in Gloucestershire and Wales, which have extensive gardens and forest schools, also report back to James. 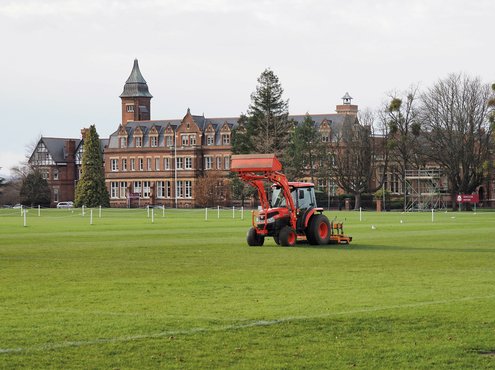 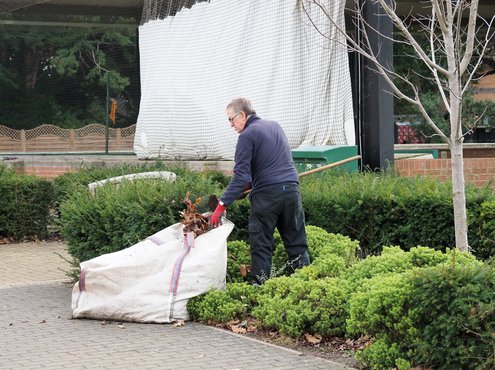 Dean Close School in Cheltenham, part of a Foundation with extensive sports facilities managed by a small team / Leaves! The bane of every groundsman's life in autumn

"During the first lockdown, we were down to two here at Cheltenham with one man at Chepstow on reduced hours," he says. "We worked full time hours and the priority was basically keeping the grass down. The team was not back up to full strength until August, but we also managed keep a couple of grass wickets open."

Key workers' children remained in school, so there was also the need to provide safe play facilities for them.

"We were unsure whether to set the rugby pitches up or not; in the end we had a couple of weeks' notice to get every sports facility ready, although the synthetic pitches got more use initially. We marked out a 100m athletics track and made a long jump that could be used in 'bubbles'."

Despite all the hard work, a feeling of 'something missing' lingered with the lack of competitive fixtures, apart from those for bubble house groups.

"On the positive side, the pitches have had less wear than in a normal year. We have been able to renovate the cricket squares and hopefully we can topdress and reseed the rugby pitches at the end of the 2020/21 season."

"The lack of competitive sport can result in a lack of motivation for the ground staff, who particularly enjoy preparing the rugby pitches for fixtures. We're now preparing to match standards ready for restrictions to be eased, which helps," comments James. 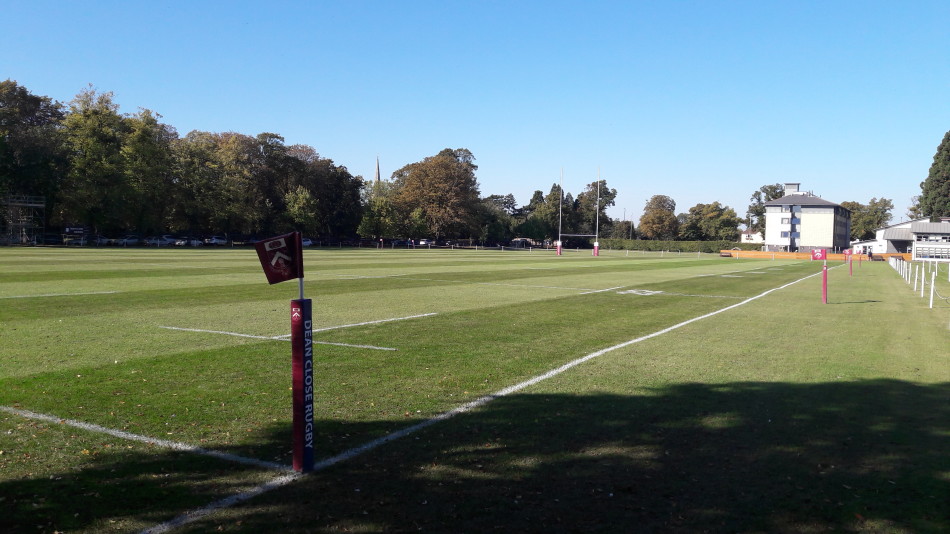 One of six main rugby pitches; James hopes to topdress and reseed in the spring

Suspension of community sports has also impacted on the school's finances - the tennis and netball courts and the sportsfields, booked most summers for cricket camps, being especially popular for hire.

The entire site is on clay soil, so wet conditions and wear are a constant challenge. Many pitches are more than fifty years old and have received only routine renovation throughout their lifespan.

"The ground is wet in winter and can dry out and crack in summer. It can be hard to get on the pitches to repair them, but the best item in the machinery shed is a Sisis Quadraplay which does four jobs in one, which saves so much time," he explains.

"We've got an old Ford with a ROPS, but I like the large cab on the Kubota - I'm tall and felt a bit cramped in some of the other makes! The Kubota is used for all the pitch work and I added a loader so it can be used for moving mulch. It's nice and compact but has the lift capacity to work with a good range of implements."

A larger tractor is also under consideration for the expansion of the existing composting operation.

"It's been warm this year so we are still mowing with a John Deere ride-on, and we've been able to get on the cricket square with a Groundsman 345 pedestrian aerator, which is also very useful on the lawns." 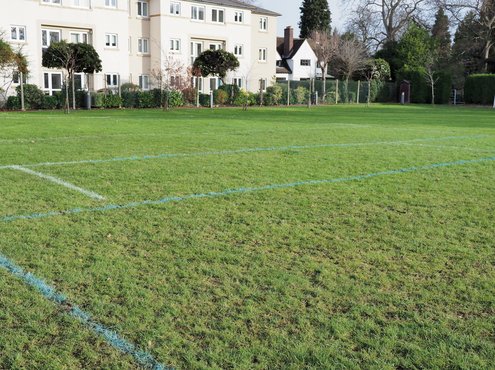 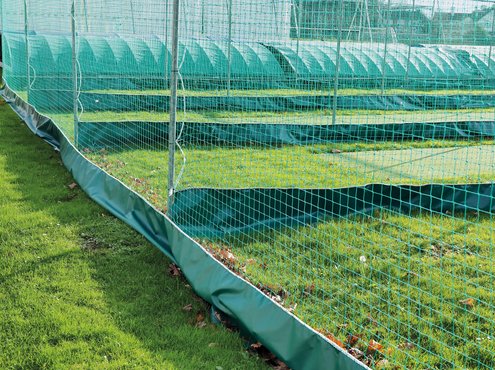 James says that regular soil tests guide his fertiliser regime. "I like to try a wide range of brands to see what works best, but I've settled on products supplied by Agrovista having achieved good results on the cricket square."

He's also trialled new grass seeds, having been so impressed with the improved sward development offered by MM50 from Limagrain that he plans to use it on the cricket outfields in the future.

Moss on hard surfaces is another ongoing issue: many of the paths suffer from shading by the numerous trees, and the tennis courts need to be sprayed twice a year. Leaf clearing increases the autumn workload, wet ground making blowing and raking or picking up with an Etesia ride-on the only options.

Despite the difficult year, pupil numbers are looking good for 2021, so existing projects go ahead and new ones can be planned.

The many gardens around the public areas, staff and pupil accommodation are a work in progress, and a new study and relaxation area for day pupils features a peaceful lawn and seating area.

Outside the senior school buildings, an area that used to be a 'wilderness' is planted up with trees and shrubs, and alliums bloom in the spring. 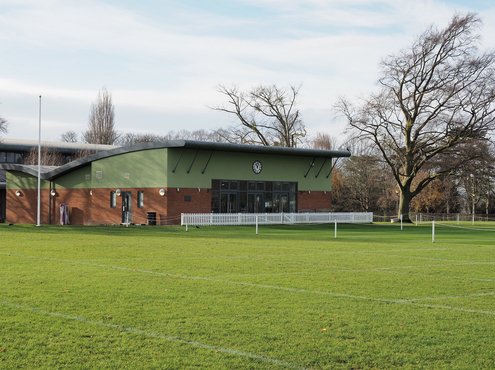 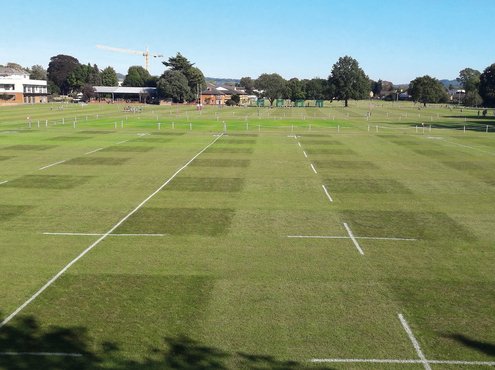 Former headmaster's accommodation Dean Close House is now used for admin, welcoming parents and outside events such as weddings and has a charming secluded garden.

"We plant it up with annuals and hang baskets for the summer, but the lawn is on my list for renovation and would be perfect for croquet," says James.

Even passers-by could benefit - plans for the front gardens of the pre-prep school along the A40 include a line of flowering cherry trees to unify a building frontage which ranges from the historic to the modern.

James is currently pricing up repairs to the prep school cricket pitch, beautifully situated next to the atmospheric chapel and with its own pavilion, but suffering from doing double duty for rugby training.

A striking addition on the prep school side of the road is a new water-based hockey pitch, built by Slatters.

"It's a very good pitch and has made the coach very happy," says James. "We maintain it weekly with a pedestrian power brush, and spray for weeds as needed, whilst Slatters come in quarterly to do a deep clean. Debris has to be kept down, especially on the far side where leaves blow, so we'll regularly go in with a Billy Goat and clear up."

By its side is an older sand-filled pitch also due for replacement, at an expected cost of £750,000.

"This pitch may be more of a multi-use facility and is still in discussion with the coaches. Rugby and hockey are our key sports and having a synthetic pitch for training is extremely useful." 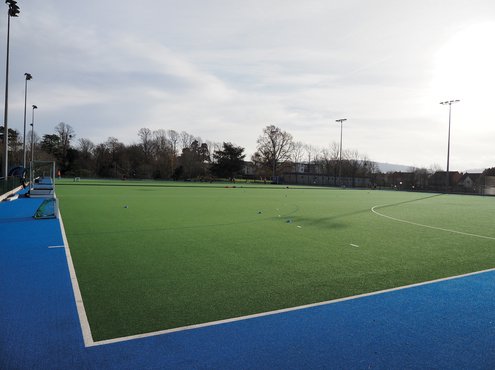 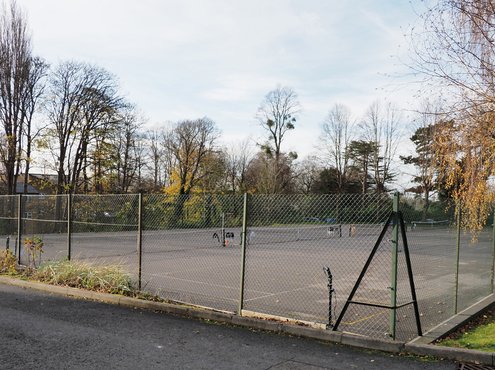 The tennis courts are also due for refurbishment in early 2021, and should prove a good investment, he suggests, with increased interest in tennis among pupils, parents and the community.

Machinery is mainly stored on the senior school side in large garages, but James hopes to build a store next to the sportsfields where a series of shipping containers currently hold paint, linemarkers and other small items of kit.

"It would be so much more convenient to have a second store so that kit used for the grass pitches is handy," he comments.

"There are no records or details of the drains," explains James, "But in the hot summer of 2018 when the pitches cracked, a drone photo showed lines indicating the position of the drainage pattern, and even old manhole covers. We found the outlet and it's clearly blocked and collapsed, so I'd ideally want to restore the drainage at some point. It would be a great help in the depths of winter!"

The workload is immense and this year has been testing, but James and his team clearly have the will to make a success of it and the extensive, well cared-for facilities will continue to attract pupils to the Dean Close Foundation. 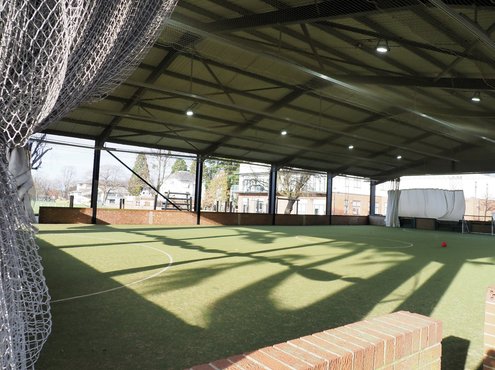 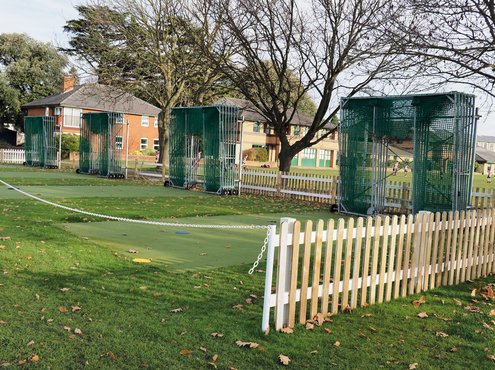 James gained qualifications in sportsground maintenance and greenkeeping at Hartpury College before starting his career in greenkeeping - hoping to become a professional golfer!

"I couldn't see many opportunities for progression as a greenkeeper, so moved into grounds maintenance, including a role at Stratford Park in Stroud where I also had responsibility for aspects such as play equipment, before setting up my own landscaping business."

He comments that, while his four-man grounds team have undertaken GMA (IOG) short courses, he'd like them to have access to more regular training, possibly on a day release basis.

"But the workload means it's not an option at the moment. I'm focusing on industry events such as the Sports and Grounds Expo at Malvern for 2021 and then hopefully BTME 2022 where they can take advantage of some of the training."

James's own role sees much of his time spent behind a desk managing the workload, planning operations and preparing budgets, with a small amount of hands-on groundsmanship. He also develops projects, including the design of a new play area for the Cheltenham Dean Close Nursery.

"Budgets are tight, but we have introduced some novel ideas such as a 'gardening club' where parents and pupils help out by painting play equipment and planting raised beds," he comments.

The demands of being both manager and hands-on operator are not lost on James.

"We're really missing a head groundsman's role to form a link between myself and the groundstaff, but hopefully that's something that can be considered in the future," he says. 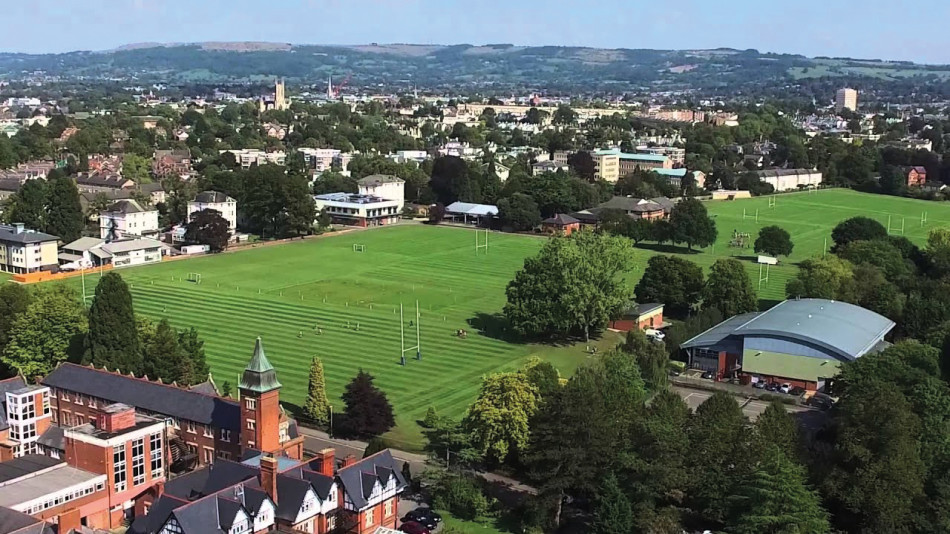 Two synthetic pitches, one water based, one sand based

Gardens and grounds (including gardens for staff houses) 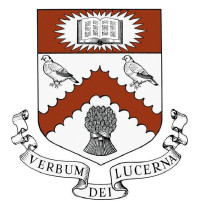 New sports pavilion has been erected opposite the sports hall