They say that out of adversity, comes opportunity, and that's exactly how the team at Mount Kelly are approaching a devastating fire that destroyed their equipment store in November 2021. 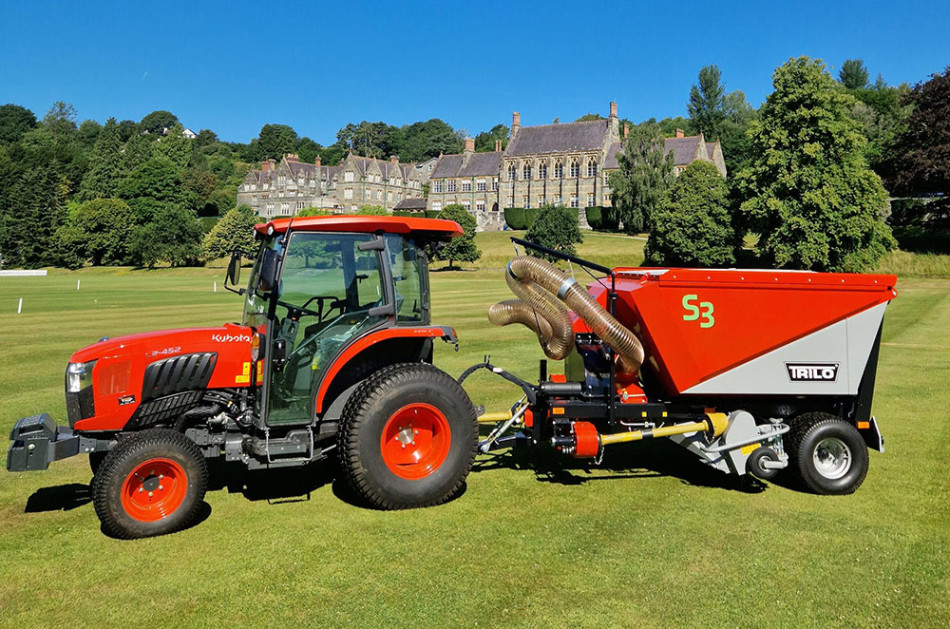 With a need to replace the entire fleet of machinery, Grounds Manager Mat Stevens says that the purchase of the multi-functional S3 from Trilo has not only saved them buying multiple machines, but halved the workload on some of the sites most time-consuming tasks.

"I was actually on my way to SALTEX on the morning that the fire happened" explains Mat, who oversees the 140 acres that make up the college and prep school site alongside a team of nine. "I was trying to make a mental note of everything we'd lost, which included a brush that we used to put on the back of a tractor for leaf and debris clearance. As soon as I arrived at SALTEX, the first stand I stopped on was Trilo and it quickly became evident that an S3 would be a great replacement."

The ability to equip brush, scarifier and flail shafts makes the Trilo S3 a maintenance machine for all seasons. Featuring powerful vacuum suction and a 3m3 hopper capacity, Mat is quickly discovering the benefits the S3 can bring. "We purchased the S3 along with the additional scarifier cassette, which was delivered by Vincent Tractors in June and since it arrived the team have been nothing but impressed. Its first outing was to clear hedge cuttings from a very hard to reach location, which was no problem whatsoever with the S3's 6m wanderhose. It halved the time that job would have previously taken."

Mat is also predicting similar labour-savings when it comes to autumn maintenance. "The Trilo will absolutely transform leaf collection. In other years this would involve four or five people, blowing or brushing the leaves into piles and collecting them by hand. Now it will be two people maximum, collecting leaves and other debris in one pass. We're also looking forward to scarifying our sports fields which hasn't previously been feasible with the resources required but now, with the S3, we can really drive to improve the quality of our pitches."

"It's like five machines in one and has drastically reduced the amount of money we would have otherwise had to find to replace what we lost." Not only has Mat been over the moon with the machine, the service that came with the S3 has also been second to none. He adds, "On the day the machine was delivered, Jeremy Vincent from Vanmac spent hours with the team and I going through set-up, and how everything works, even little things like how to clean it after use. The whole process has been faultless from start to finish."