The Dennis FT510 and SISIS Dart are currently helping Mark Audin prepare the green at the Waterloo Hotel, Blackpool, for the biggest national tournament in the crown green bowling calendar. 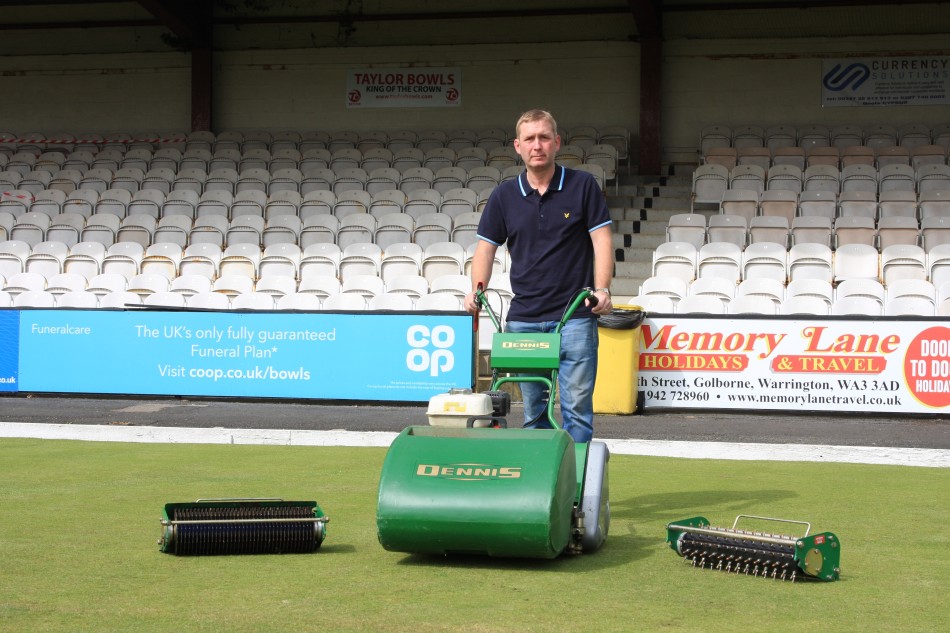 Regarded as the 'Wembley' of crown green bowling, The Waterloo Hotel has been hosting tournaments for well over 100 years. In particular, The Waterloo Championships has been in existence since 1907 and this year it sees a phenomenal 512 entries from all over the country. Qualifying starts in July and concludes with the final 8 competing to get their hands on the famous trophy on 26 September.

Mark Audin has been working at The Waterloo for 10 years and for the last 5 he has held the position of bowls manager. He has a number of tasks under his remit but Mark's main priority is to focus on the fabulous green at The Waterloo - which is a year round job, as he explains.

"Out of season when the green isn't being played on, I cut down to about 7-8mm and during the winter we can leave it slightly longer at 10mm. From May onwards I like to keep it at around 7mm and that will gradually go down to about 6mm and possibly 5mm depending on how it is playing towards the end of the season. There is a misconception that you need to take the grass on a bowling green right down and scalp it, but that really isn't the case as long as you regularly verticut and generally look after it all year."

For the essential task of verticutting, Mark relies on the Dennis FT510, which is an interchangeable cassette cylinder mower. It offers the operator ultimate versatility by having the option of fitting twelve different cassettes including scarifiers, verticutters, brushes, spikers and slitters as well as 5 or 10 blade cutting cassettes.

"In the lead up to the Championships we will verticut with the FT510 once every four days in four different directions so that the playing surface will be completely smooth. Therefore, going into the Championships the green will become quicker and quicker to play on.

"We've got the sorrel roller cassette, the 10 bladed cylinder, the scarifier and verticutter Tungsten tipped cassette and it is all we really need here - it's my complete maintenance tool. The FT510 is fantastic and it is so easy to use - one cassette out, one cassette in and off you go. In the past we have had machines which take half an hour just to change one cassette. 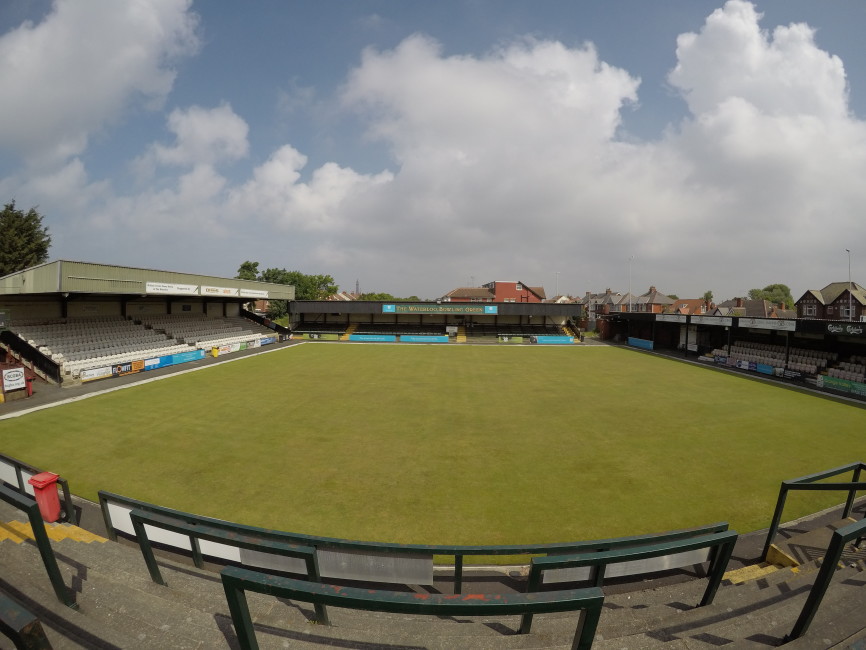 "I also really like the click adjustment on the FT510 for the height of cut, it is easy to set-up and is adjusted by 0.25mm with every click. Again, with other machines you will have to get a spanner out but on the FT510 it is adjusted in seconds. The fuel consumption also seems to be better than any others I have used in the past too."

For reducing turf compaction at The Waterloo, Mark uses the SISIS Dart - which is an independently powered vertical action aerator. This popular bowling green aerator has a working depth of up to 100mm (4 inches) which can be easily adjusted from the operator's position using the balanced depth control lever. Powered by a 6.5hp engine, the unit can also be fitted with a wide range of interchangeable tines to meet the operator's requirements making it ideal as a bowling green aerator.

"We normally start using the SISIS Dart in July when the ground starts getting hard. We have a number of various interchangeable tines and we tend to go about 3 inches deep into the surface. It does a brilliant job at breaking the surface up, enabling you to get some moisture in and it really helps to reduce thatch and compaction. We've always had a bit of an issue with compaction because we have so many people on the green throughout the year," he said.

"I would say that it is arguably the most used green in bowls and with all the games throughout the season, the green stands up remarkably well. That is, in part, due to the quality of the machines - I've tired others in the past but none are nearly as good as the Dennis and SISIS equipment."

Dennis and SISIS are proud supporters of the Waterloo Championships and have a long history of supporting the sport of bowls. The British manufacturers of turf maintenance equipment host an annual series of free educational bowling green seminars throughout the UK, which have significantly grown year on year.

Further information about the range of bowls maintenance products available can be found by visiting www.dennisuk.com / www.sisis.com.