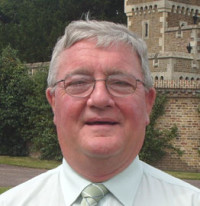 Clive Williams retires this month (Aug.) after 39 years in the industry. Having worked for many major players, he joined Vitax Ltd. as Commercial Development Manager in 1998 spearheading the company's expansion and significantly increasing the Vitax product range. So much so that following his departure two separate divisions will be created and the post divided between two personnel.

Mike King, heads the new Supaturf Division as Sales & Marketing Manager, covering the whole of the UK (including Southern Ireland) and dealing with Local Authorities and Contractors. Having joined Vitax three years ago from Supaturf, Mike will be in charge of a team of four with special responsibility for the Supaturf range of line-marking paints and chemical and line-marking sprayers. Mike started out in horticulture before moving into amenity and brings over twenty years experience to the post. 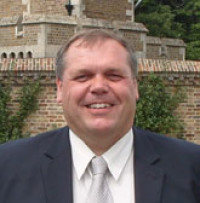 Joe Crawley, who recently returned to the company to accept a post with greater responsibility, will be in charge of a new Fine Turf Division developing business, introducing new products and offering technical advice through Vitax Amenity's established UK distributor network. Joe began his career in greenkeeping, and like Mike brings over twenty years experience to his new role. He will answer to the title of Sales and Marketing Manager - Fine Turf Division.

Clive Williams is delighted with the expansion of the Vitax team. "Mike and Joe are two well deserving young men," he said. He is looking forward to a retirement full of French travel, fine wines and good food. Vitax MD Charles Platt said that Clive had made an outstanding contribution to the company and would be sorely missed. "We wish him well," he concluded.